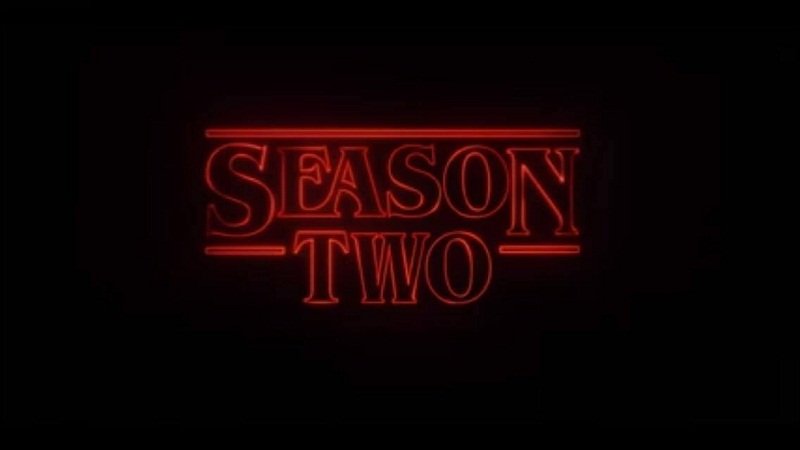 I’m sure most of us haven’t recovered from the rollercoaster of feelings the Duffer Brothers have given us with the Stranger Things’ first season, now they have confirmed a season two is coming sometime in 2017.

After Netflix has signaled it’s a go for a second season, Stranger Things has released a minute-long teaser trailer:

After watching this, I now realize I can hold my breath for a good minute. Moving on, here’s our take away from the video:

It’s probably going to be 9 episodes long. An episode longer than the first season

The teaser is kinda cryptic, but it seems that it’s showing us the title cards for each episode for next season. I don’t understand anything as of yet, but I’m already reeling in my seat. The Duffer Brothers have mentioned that they don’t want their show to be too long, and that their letting the story dictate it.

The first season was set November 1983, just a month before Christmas. The teaser tells us (or does it?) that the second season will be set in the Fall of 1984, so we can conclude that it’s been a year since Eleven opened the portal to the Upside Down.

Season Two will be a sequel to the first season, and the Duffer Brothers have mentioned that it will give light to most of the things the first season has left hanging. Of course, it will also introduce a new plot but it will most likely surround the Upside Down and the bad men.

New characters will be introduced

While Mike and the gang (and Wil’s sluggy pets) may still be part of the second season, new main characters are to be introduced. Like who is the Lost Brother? Will there be new creatures from the Upside Down? Where is Eleven?

For all the other questions, we have to stay tuned to find out. I’m pretty excited for all the new references they’re going to make. How much, you ask? On a scale of 1-10. Eleven.