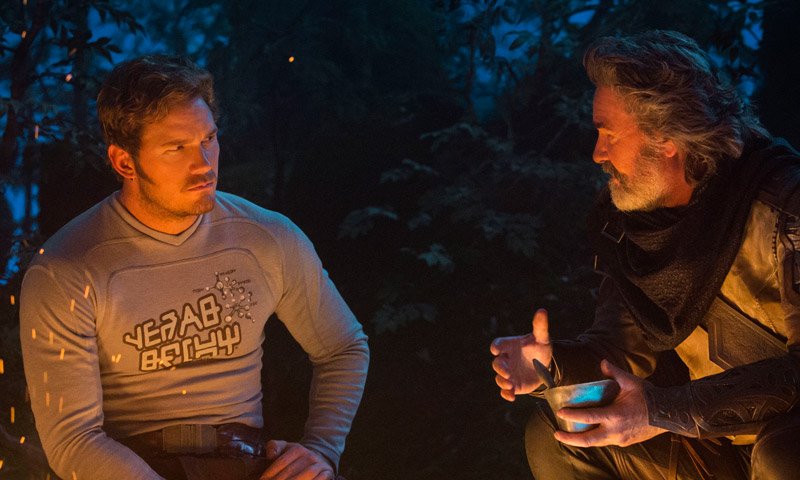 Family Is What You Make It: Parents

[Spoiler Alert: I’ll be mentioning some scenes from Guardians of the Galaxy Volume 2 in this post that aren’t released on the trailers, so if you haven’t watched the movie yet and don’t want to be spoiled, you better stop reading…. and, just watch the movie okay?]

If it wasn’t obvious from the trailers, but Guardians of the Galaxy Volume 2 really buckled down on the whole we are a “family” vibe the first movie kind of teased about. And if the subsequent trailers for the movie weren’t already a giveaway already we got just that.

But instead of just focusing on the dynamics within the group. The 2nd outing for the Guardians had us see how their current strained (is an understatement for Gamora and Nebula) or at least non-existent (Ego and Quill) relationships panned out. And this is on top of Rocket’s consistent antics of trying to piss everyone off in the group.

On this post however, I’ll focus on one specific relationship and that would be between Quill (played by Chris Pratt) and Ego (played by Kurt Russell).

Okay, I know I already started the post with a SPOILER ALERT, tag, but again to remind you guys, I’ll be talking about events in the movie that aren’t shown in the trailers. So… again SPOILER ALERT.

So, as the Volume 2 moves along the story, we were shown that the whole “Ego has been thinking about his progeny” bit that Mantis shared wasn’t really meant as something that would make you go “awwwww”. The truth was that Ego was on the lookout for someone to help him with his “undertaking”.

Here comes Quill into the picture. As reports reached Ego that a human from Earth was able to hold on to an infinity stone and live (vol. 1). He was sure that Quill is his progeny. So he tried to search for him. Making it seem like he was doing the long lost father bit. But it wasn’t long before his true intentions are shown and that he wanted Quill to join him in his “undertaking”. It wasn’t because of his parental love that he sought out Quill, but to see if he had the Celestial gene to join him in his quest. Oh, and the “undertaking” is his task of subjugating every planet with this weird blue goo, to be part of Ego. And well, based on what were were indirectly shown, killing everyone in the process.

We were shown that Ego isn’t afraid to kill his own offspring if they didn’t have the gene. As we were shown a hill of skeletons of his other children.

After confirming that his son was also a celestial. He then started trying to win his son over to his side. It seems that Ego was successfully winning him over, till he casually mentions that he was the one who put the brain cancer that killed Peter’s mom. And from there, the spell was broken, and Peter started kicking butt alongside Marry Poppins Yondu and the rest of the squad.

In the middle of this kick-butt session we were shown this scene between Star-Lord and Yondu who mentioned this line:

He may have been your father boy, but he wasn’t your daddy.

It was one of the more heart-warming scenes in the film and caused my eyes to glaze with tears. Because to be honest, there were tons of times that I personally felt like I’ve been in Quill’s situation that I was just being used by a parent to gain something they want, regardless of what happens to me. Quill’s and Ego’s story is a reminder of a lesson I learned long ago that there are people who I wasn’t obliged to call as my parents were the ones who were acting like one.

I know not everyone has that kind of experience especially with their parents. But of course, let’s face it, there have been tons of reports of parents who physically harm, sometimes kill their child out of anger, spite or some drug-induced frenzy. Or that of fathers or father figures who sexually assault their children. While my own personal story and struggles with a parent figure are not as bad as theirs, I can empathize to the situation as my own history of experiencing being forced to lie to people just to get money for the parent figure can spend on. Or being shot down out of doing something I love because it’s something I won’t be able to earn from.

What I was looking for (or maybe up to now I’m still looking for) is a father figure, or a parent figure who will tell me everything’s going to be alright and who just simply cares for me. I then remember this verse in the bible:

Cast all your anxiety on him because he cares for you
– 1 Peter 5:7

I then remember that yes, while my parent isn’t as caring our isn’t acting like one. I still have people who look out for me as best as they could, as if I was their own child. I didn’t have to look far because I’ve been under their protection this whole time without knowing it.

Of course, as people, these same people commit mistakes and even hurt me. But at least they don’t hurt as bad as what I was used to experiencing. And at the same time, I am reminded that I can still call out to God for those moments of hurt and fear and pain.

And as I continue on living and experiencing life. Just like Quill, I really know deep down in my heart that at this point. God is my Hasslehoff. He’s been there for me a lot of times and he will continue to do so for the rest of my life. It doesn’t hurt  too that he’s not the god with the small g.