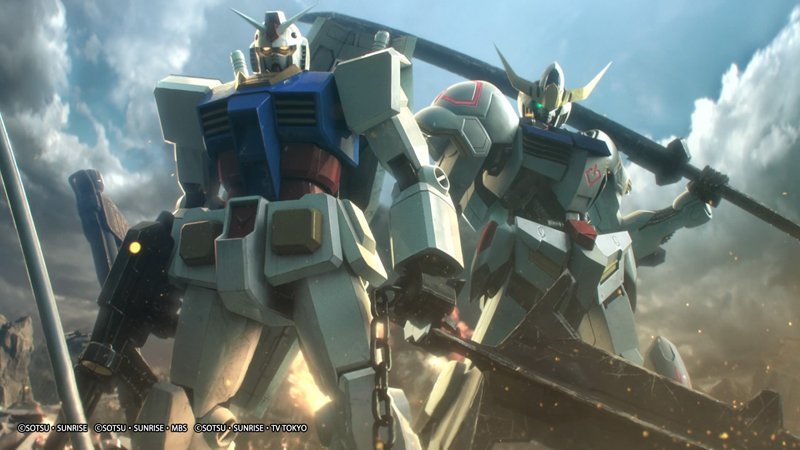 Editor’s Note: The game reviewed was provided by Bandai Namco Entertainment and played on the Playstation 4.

After years of having to rely on pricey Japanese copies of previous games, Bandai Namco did their non-Japanese fans of their Gundam VS series a solid by releasing localized versions outside of Japan. This act in itself deserves a couple of points. However, is the game at the core of this cool gesture worth the hype? Mostly, and we mean that in the best way possible.

Gundam Versus, as the name totally gives away, is the latest in a long line of arena-based fighting games based on the Mobile Suit Gundam franchise. The game puts you in the controls of mobile suits, towering humanoid machines of sheer power and destruction, from nearly 40 years of the franchise and pits you in either one-on- one or team based battles. The fights are frantic, with all manner of energy beams, missiles, and melee weapons flying about. The pace may be a bit overwhelming for newcomers to the series, but the initial shock is quickly dispelled once you get the hang of the game’s mechanics.

Movement is king in Gundam Versus. Your survival, the effectiveness of your attacks, and overall success depends on how effectively you can zip around the environment and outmaneuver your opponents. And while other fighting game fundamentals such as resource management (in this case, it’s your boost meter and weapon ammo), timing, and spacing play a huge role here, they all pale in comparison to the emphasis on movement.

One more notable difference that sets Gundam Versus from other fighters lies in how its rounds/lives are managed. At the start of a battle players or teams are given a pool of points to maintain, with each kill inflicted on you reducing your points depending on the cost of the mobile suits you and your possible teammates bring into battle. Hit zero or go over that, and you lose. To those new to the series, that mechanic heavily ties into your mobile suit selection and will also greatly impact you or your team’s survival and success in battle. This adds another strategic layer in your choices. At this point, it’s pretty much a series hallmark, and changing this in subsequent games would be incredibly jarring.

Speaking of choice, you’ve got over 90+ mobile suits spanning the Gundam metaseries and an equally dizzying number of assist characters, known in this game as Strikers, to choose from. While the roster itself has a healthy range of coverage of different series timelines, there are notable omissions like the absence of the Endless Waltz, Mobile Fighter G Gundam, and Gundam 00 Season 2/movie suits, and many more. We’ve been spoiled on the choices from earlier games that it’s not hard to feel a little shortchanged. Sure, there’s DLC present and on the way, but we doubt it’ll fill the 00 Raiser-shaped holes in our hearts.

The game’s single player offerings are a bit on the slim side. You’ve got Ultimate Battle, which is pretty much survival mode and pits you and an AI teammate against waves of progressively tougher enemies for experience and in-game currency for unlocking content such as strikers, player titles, and battle navigators. Trial battle is Gundam Versus’ arcade mode, with multiple routes loosely based on various gundam series’ stories. Lastly, you’ve got Free Battle which lets you arrange matches to your liking. Itching for an all-Zaku scrap? This’ll scratch that itch. It’s nice to see games like this still taking the time to give players things to do when offline or not in the mood to engage human opponents. Those looking for more things to do or twists on the formula will be left feeling cold, however.

In terms of multiplayer, Gundam Versus performs admirably. There’s a selection of ranked and casual modes to dive right into, including the ability to create rooms with varying parameters. In a surprising, but ultimately reasonable turn of events, Gundam Versus requires players to participate in around 50 casual battles before earning the right to fight in ranked. While it means more legwork before getting into the meatier, more intense part of online multiplayer, we appreciate the move to make us work for our access to ranked battles. As for netcode, it’s stable for the most part, only stuttering when opponents have either low quality or inconsistent connections. However, it’s a relatively minor quibble compared to the glaring lack of local split-screen multiplayer, a staple of previous installments. We’re hoping this gets patched in.

Presentation-wise, the Gundam VS series isn’t particularly known for its graphics, what with mobile suit designs translating relatively well into the realm of polygons. We would, however, appreciate some additional visual flair to truly make these fights pop from our screens. We suspect that in the pursuit to have the game run at a steady 60fps, even with all sorts of attacks coming at you from all around, some corners had to be cut. The soundtrack does a good job of including music from various entries in the franchise, including show openings and battle themes. However, like the game’s roster, the exclusion of certain series stifles the size of the playlist and it stings not hearing particular tracks that you hoped would be included. Still, it’s quite the feat that Bandai Namco managed to overcome licensing hurdles and get the soundtrack as it is to international audiences.

As a first entry in the current console generation and quite possibly the first Gundam arena fighter for most, Gundam Versus does a more than serviceable job at being just that. For fans who’ve been playing the previous entries like Extreme Versus and Extreme Versus Full Boost, the reduced mobile suit and music lineup, along with the omission of some of the more offbeat elements of years past, may make this game feel more like a step backwards. We’re hoping these issues get addressed in the form of DLC or a future installment if it does well enough. 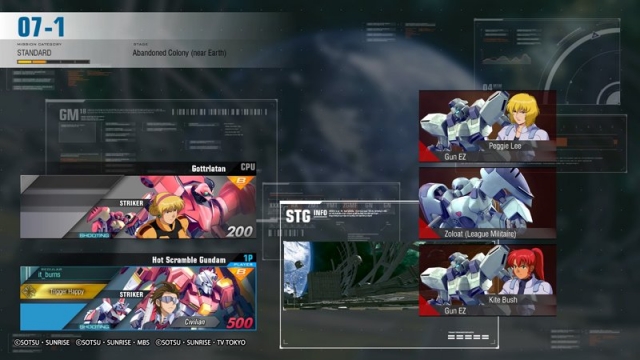 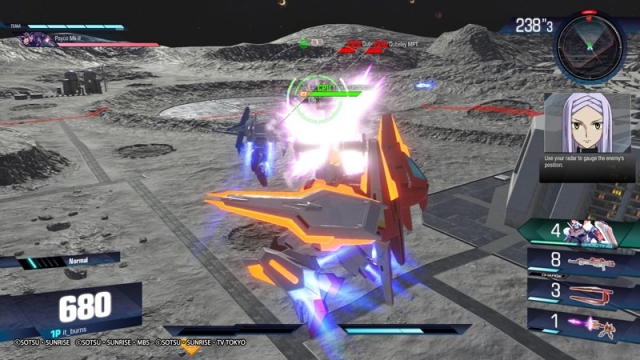