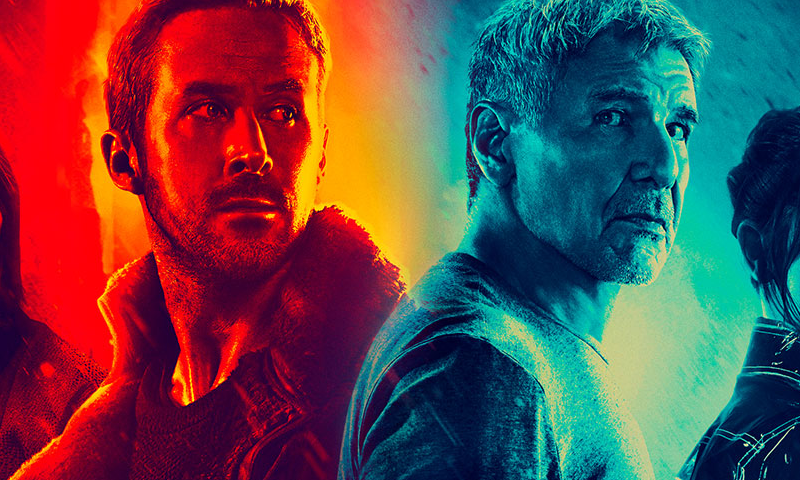 A science-fiction noir movie, Blade Runner 2049 is a rather uncommon piece of work in today’s current era of comic book, high octane, science-fiction or fantasy blockbusters. Instead of leveraging typical aesthetic explosions of grandeur and intense action scenes, Blade Runner 2049 plays with more subtlety and a slower pacing to bring viewers into the dystopian future.

Ryan Gosling as Officer K is convincing as a generally emotionless Replicant, the custom-made pseudo- humans of the Blade Runner world. But I would say I had the most enjoyment with the character of Ana de Armas as Joi, who portrays K’s digital partner/assistant.

I found it interesting how the movie played strongly with the themes of bleakness and silence. This was felt with both the aesthetics of the setting and with the portrayal of the characters – particularly Gosling’s K and Ford’s Deckard. It is also interesting how their emotionally withdrawn or controlled natures contrast a lot with that of secondary characters, such as Joi and Sapper Morton (Dave Bautista).

There are were a few scenes that I found visually provoking – such the lighted car against the darkness in the finale and the holo of a giant-sized Joi speaking to a roughed-up K. The general aesthetics also were very interesting, such as the way they were able to maintain some of the 80s-era inspired digital look (pixelated analysis tools) while integrating many modern features into the cyberpunk world.

Blade Runner 2049 is not your typical science-fiction action movie. It is a tour of a dystopian, cyberpunk world where questions of technology versus humanity are pushed forward. It is an uncommon example of a movie in its genre, posing intellectual and philosophical questions of existence. This is both a strength and a weakness, as the nuances may make the movie hard to appreciate.