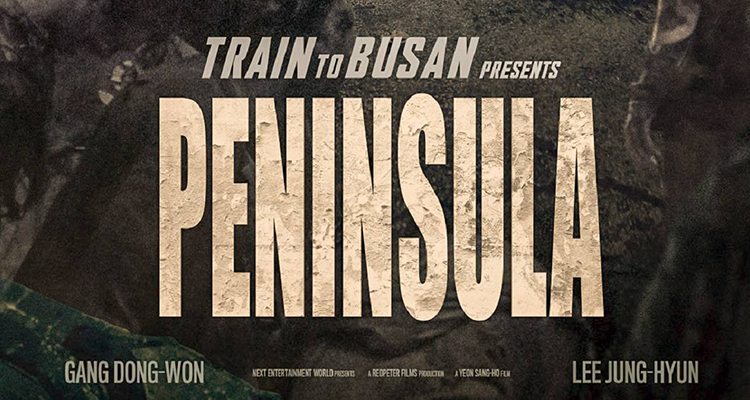 The Upcoming Train to Busan 2: Peninsula Movie is Not a Sequel According to Director

Because it’s a follow-up movie more than a sequel

In an exclusive interview with Train to Busan’s director Yeon Sang-ho in Screendaily, Train 2 Busan: Peninsula (Or Peninsula which I’ll start calling the movie this point on), the premise of Peninsula is:

It takes place four years after Train To Busan, in the same universe, but it doesn’t continue the story and has different characters, Government authority has been decimated after the zombie outbreak in Korea, and there is nothing left except the geographical traits of the location – which is why the film is called Peninsula.

The movie will focus on Gang Dong-won‘s character who is sent back to Korea which is now zombie-infested wasteland turned into a ghetto by other nations trying to stop the spread of the virus. He goes in through the port of Incheon to reach Seoul and comes under attack, discovering there are more non-infected survivors left on the peninsula.

Based on the trailer, we’re going to see how some of these survivors coped with their new situation and would adjust to not just a non-existent government, but a country shunted by the world.

Yeon has referenced post-apocalyptic films such as George Romero’s Land Of The Dead, The Road, Mad Max 2 and Mad Max: Fury Road, as well as post-apocalyptic manga such as Akira and Dragon Head, for looks as well as world views. And it pretty much shows in the trailer. That arena scene where survivors are forced to face a scary mesh of zombies for fun reminds me of the Thunderdome where people’s pain are other people’s pleasure.

Are we going to see how the zombie virus started in Peninsula? According to Yeon, he has yet to answer that question. And with three movies within the world (the third movie is the prequel animated movie, Seoul Station which Yeon also directed), we have to wait and see if that answer is ever going to be answered.

I’ve thought about dealing with that question in another film, which probably I won’t direct myself, There are a lot of interesting questions you could answer, issue by issue, with other films.

It’s interesting how this movie is going to take especially with the COVID-19 scare right now. Though it should be noted that the director was quoted saying:

I never dreamt of anything like the new coronavirus but recently I have been learning news about the collective selfishness that you do see facets of in Train To Busan and in Peninsula, that brings about tragedy.

So is life going to imitate art? Or will Peninsula show us to our face how selfish we can be as a species when the chips are down just like how Train to Busan did for us way back in 2016? I’m actually excited for Peninsula even if I’m not a zombie movie fan, hopefully, things go back to normal (or as normal as it can be) when the movie comes out.