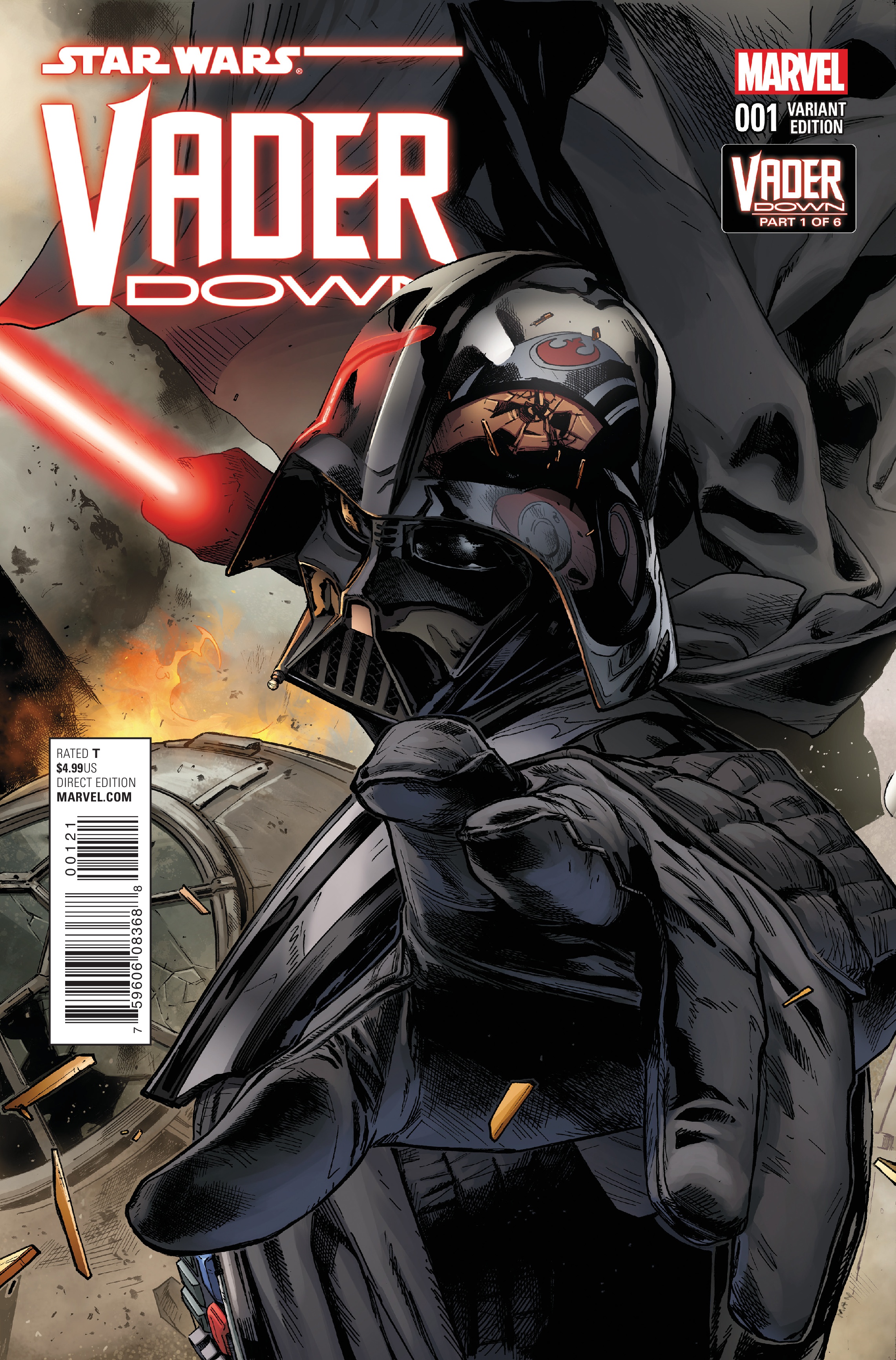 Set right after Darth Vader #12, Vader immediately sets course for Vrogas Vas, believing that his son Luke, is on the planet looking for an ancient Jedi temple. It opens with a Star Wars-stylized opening credits, which is also the style of the Darth Vader comics before the happenings of the comic start. Mike Deodato draws a familiar image of Vader inside the cockpit of his TIE Fighter, but it wouldn’t be without its grandeur if it weren’t for the colors of Frank Martin Jr. This goes on for the rest of the issue as the art does nothing but to impress. Jason Aaron does a great job of quickly introducing us to the setting of the crossover event, as Vader prepares for a beautiful cosmic battle in a greatly illustrated splash page. Then it opens to yet another splash page of text, saying Star Wars: Vader Down, which makes me instinctively hear the opening theme of every Star Wars film in existence. This battle in the stars is what causes the conflict for the rest of the event, and this is drawn quite well by Deodato as he shows Vader as the unstoppable threat that he is.

However, Vader literally crashes down to the planet when Luke collides his ship against Vader’s as he too crashes. Both of course are alive, but totally separated. As Vader looks for Luke, the whole Rebel army is going after the encumbered Vader, who’s all alone against the army. The fight isn’t as easy as it sounds, for Vader continues to use his military tactics and devastating power to destroy every Rebel that comes his way. Even when surrounded, it is the Rebel army who seems to be nervous and not Vader. Can the Rebels truly take Vader down?

Jason Aaron is a favorite writer of mine as he really knows what he’s up to when he writes his comics. He writes a strong, debuting issue for the event and does not fail to make you go ‘Wow!’ at the end of the issue. Mike Deodato, who’s partnered with Jason Aaron before in Marvel’s Original Sins series, continues to impress with his visually pleasing, and atmospheric style of drawing. Deodato’s also a favorite of mine, so to see these two work together made me slightly geek out inside. The layouts are organized and massive, too. The way Deodato draws Vader shows him much leaner than usually depicted & draws his shoulder pieces much longer than usual. It’s a slight difference, but it does make Vader look more battle ready. 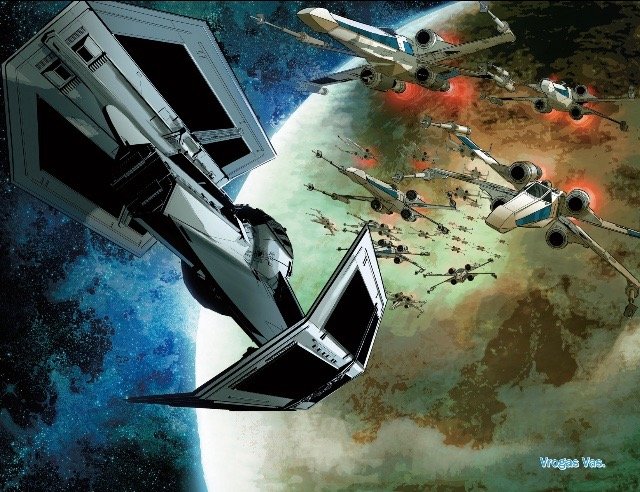 Aaron writes the characters of the story really well, whether old or new, and sticks to their personalities. Leia is seen to be more focused on getting Vader while Han Solo only wanted to rescue Luke from the mess is an example of this, as it shows what’s more important to these characters. This issue also shows more of Vader’s piloting skills as he’s able to take out squadrons without even having his ship damaged. This has to be one of the best Marvel events in a while, which means a lot, since most of Marvel’s recent epic events haven’t been as good as this.