The Rebel army I can deal with…Darth Vader is whole lot scarier. 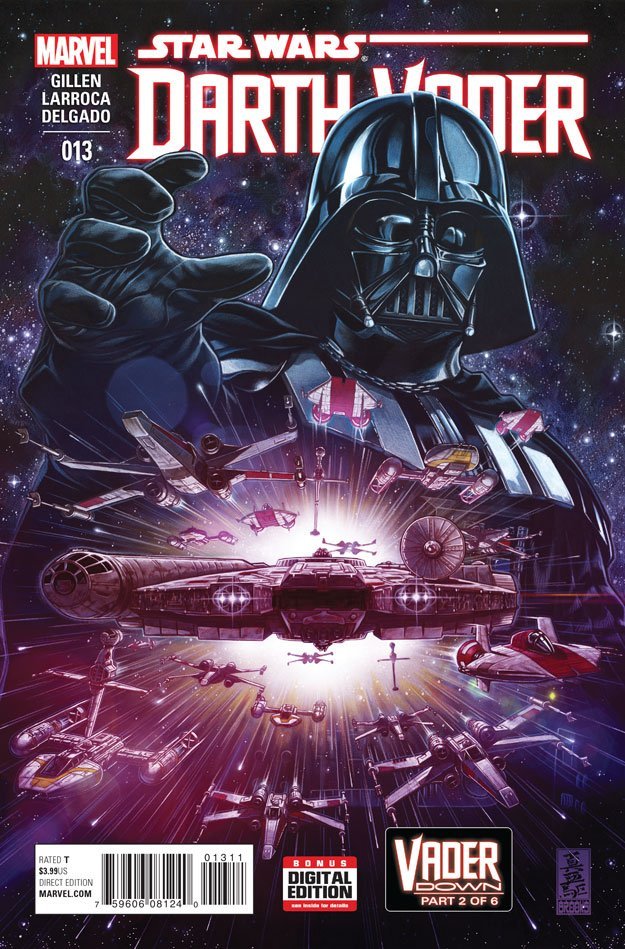 Kieron Gillen & Salvador Larroca come back for part 2 of Vader Down, where we find Darth Vader surrounded by a whole army of nervous, unprepared Rebel troopers. Just as they think Vader would surrender, Vader instead uses the Force to activate every troopers’ grenades and just STARTS BLOWING EVERYONE UP. As if that wasn’t badass enough, Vader deflects a tank with his lightsaber and BLOWS IT UP TOO. Confused, scared cries fill the surroundings as Gillen manages to scare the reader by showing what Vader is fully capable of.

Gillen & Larroca continue to impress as the stakes only get higher and higher as more Rebel troopers die trying to kill one man. Even Luke notices the slaughter and feels the need to do something, yet is helpless, for he has not the complete training. Aphra also decides to jump into the fray so that Vader may not think of her as a traitor to lead him to the Rebels to be slaughtered. Luke went on Vrogas Vas to look for the ancient Jedi temples found in Obi Wan’s journal in hopes of completing his training, but things haven’t gone to plan ever since Vader crashed on Vrogas to find him. Things only continue to get more complicated from here on out.

In what I believe are only a few matter of hours, death has spread across this lonely planet thanks to Darth Vader. The explosions and ships being destroyed in the background show just how scary Vader is, even if he’s alone. In this crossover there is no time to sympathize with Vader. We see him as the same villain we see in the original trilogy, only more badass. We also see the Rebels scared, with most of the courage only coming from their leaders such as Leia. This comic doesn’t exactly try to take sides either, but only chooses to show what’s going on as the story progresses. Larroca fills the comic with striking, full-page or almost full pages of sheer talent. That scene of Vader deflecting a tank is still going through my mind! Gillen & Larroca just keeps rolling to keep the series strong yet progressing as things keep getting better and better…well, not for the Rebels though… 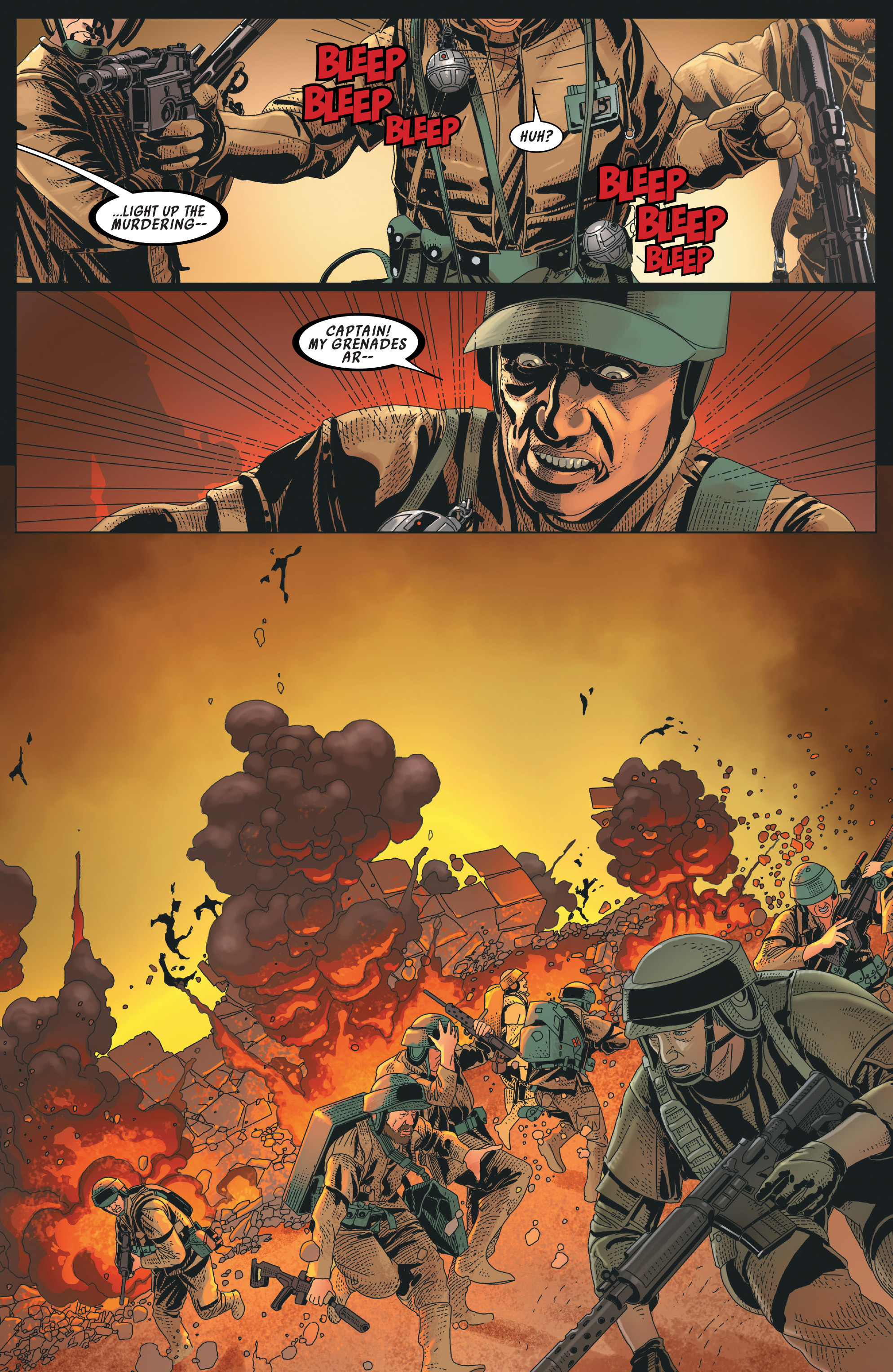