All hell breaks loose as everyone fights on all sides. Action after action continues as even those who fight for the 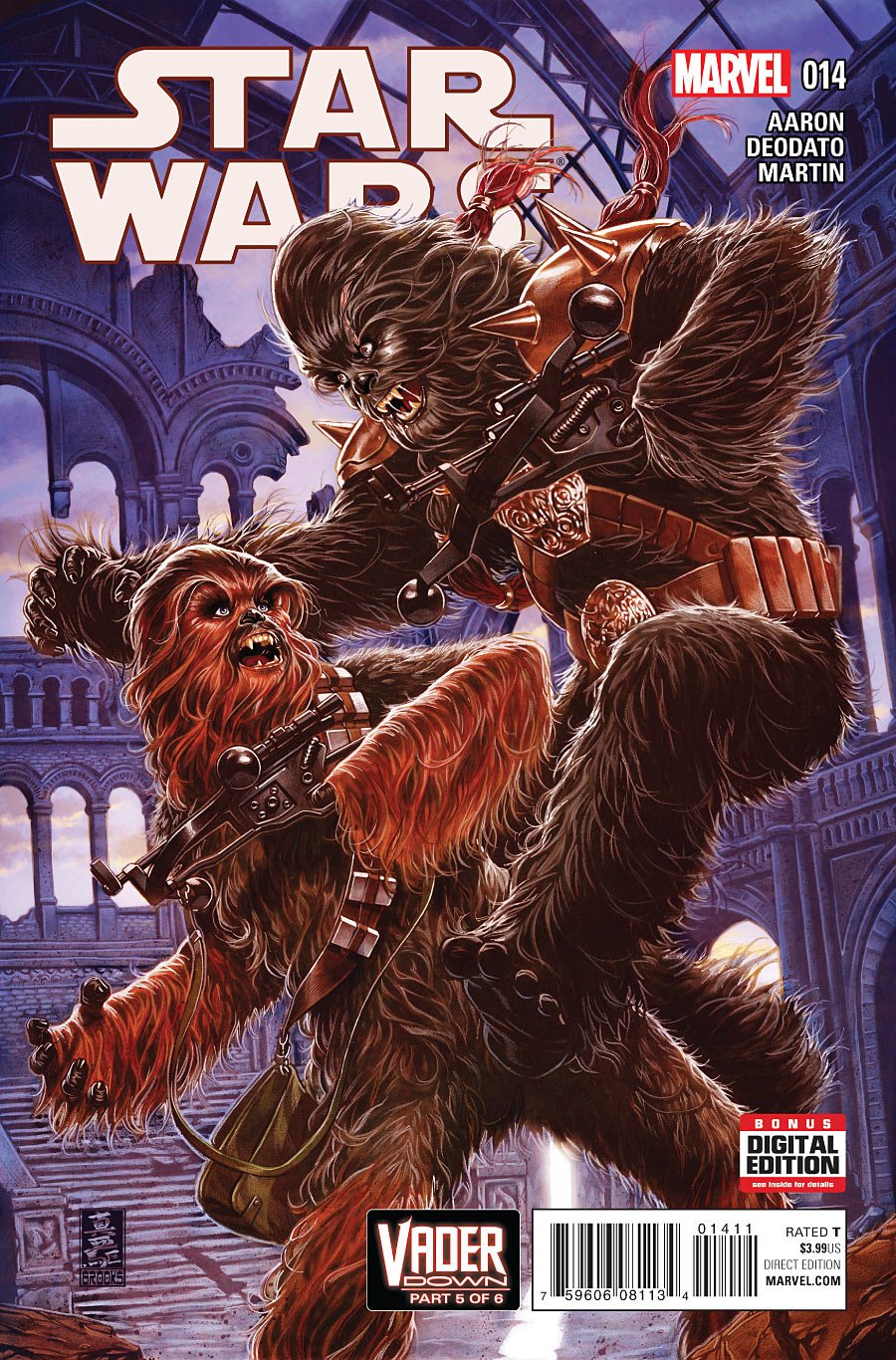 Empire now fight each other for the glory of battle. Deodato illustrates the visually pleasing fights, especially the conflict between Vader & Karbin. Aaron depicts the confusion and intensity of every battle quite well. Not only do the fine lines of the sides in battle blur, but ghosts of the past make their presence much more felt. Each panel only fuels the tension with every passing moment. Deodato nails the expressions of every character, especially of Chewbacca in one specific panel (Refer to the picture below) As the comic reaches its climax, it becomes to feel like all hope is lost. The end of the comic is quite important, as it could possibly set up how the series ends. It’s also important to note how it ended. C3PO’s voice over the radio tries to contact one of the main characters while telling them the fate of the others. As C3PO asks the character if they’re still alright, the scene pans out to the character, who appears to be in a very delicate situation. It’s an ominous way to end it, and it surely seems to be a clue as to how everything will end in the next part of Vader Down.

It’s impressive how the story’s played out in this issue. I was so engrossed with this issue that I didn’t even realize it was going to end so soon!

The layout is done differently here, as each striking moment is treated with a slight tilt, or even more than a tilt. It doesn’t really add to the effect, but it doesn’t disrupt the flow either. There are a lot of details left better read than explained. I can’t believe that this amazing crossover is about to end, and I wonder how the separate comic titles will deal with this after the dust settles. Aaron & Deodato have done really well in this series, and so have Gillen & Larroca.