Don’t worry. Two on one. We can handle this. I hope.

Just as things seem to get better for the others, it’s not the same for Leia. She’s only saved when a distraction 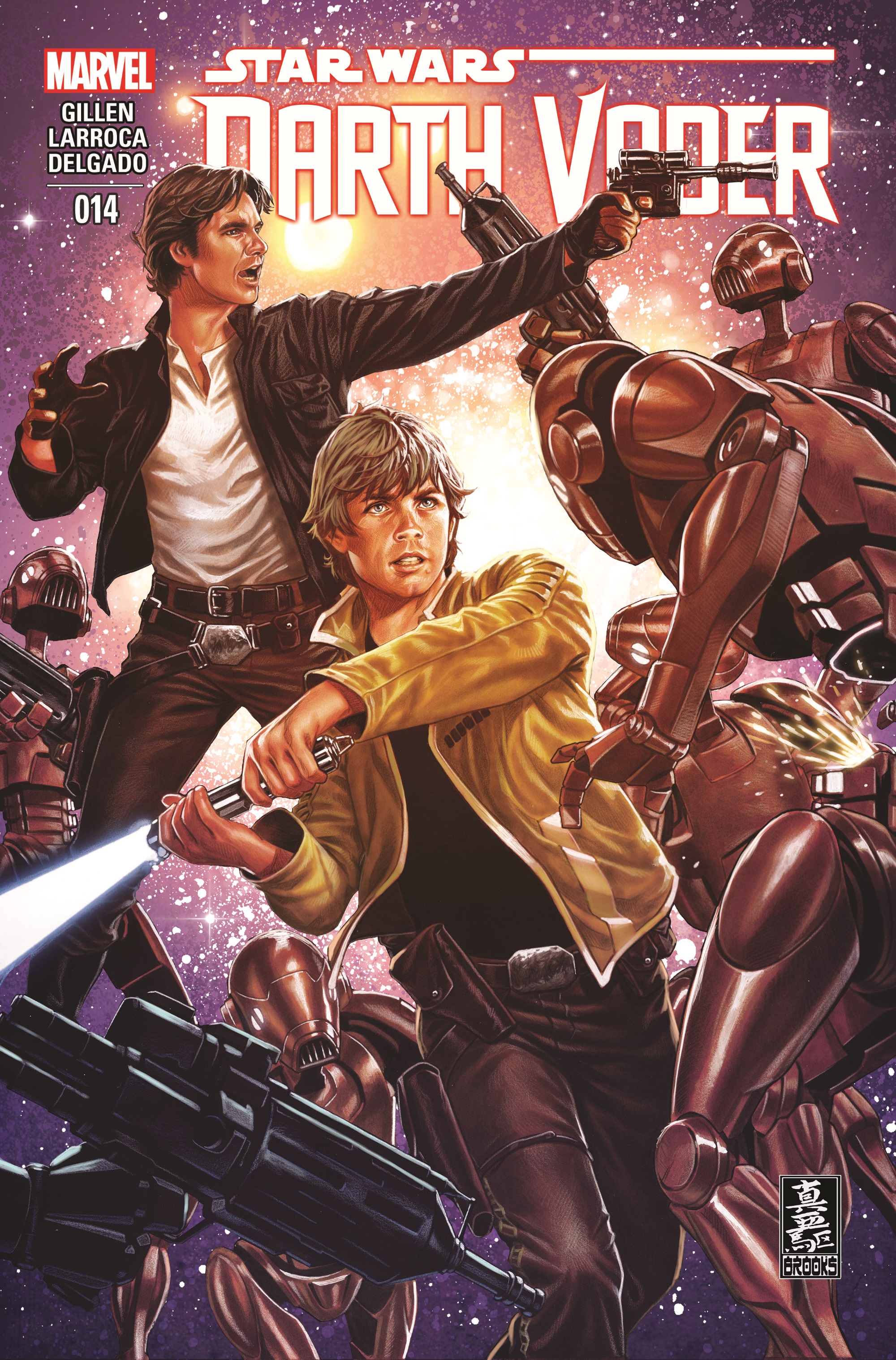 provides itself for Vader. Leia, with the knowledge that Vader would come back for her, sets up a trap for him, which may risk his life. As Luke, Han, & Chewie leave the defeated Aphra to help Leia out, their ship is hit by Krrsantan’s ship, a Wookie bounty hunter, who appears to have been hired by Aphra. It is at this point that each second they spent fighting would cost Leia’s life, and one of them has to split from the others to reach Leia. This issue plays on the idea of a ticking clock, that each second spent is a second Vader gets closer to Leia. This does happen, but the trap set is unexpectedly destroyed, by a new enemy: Commander Karbin.

Kieron Gillen is really getting the hand of things when it comes to dialogue, as he’s able to make witty remarks without making it seem forced. Larroca’s been nailing all the facial expressions through the issue, making sure that every character’s face changes expression through every panel. The colors too have improved from the murkiness of before, and none of the art looks rushed. As for the story, there isn’t much to say about it, as it keeps the same pace of the issue before it. Each character gets to shine and each moment is delivered with the certainty of keeping the readers on the edge of their seats. With new forces coming in every issue to complicate matters, it’s easy to get lost in the whole thing. Gillen & Larroca do exactly the opposite, making sure that each character stays grounded and the story not so complicated.