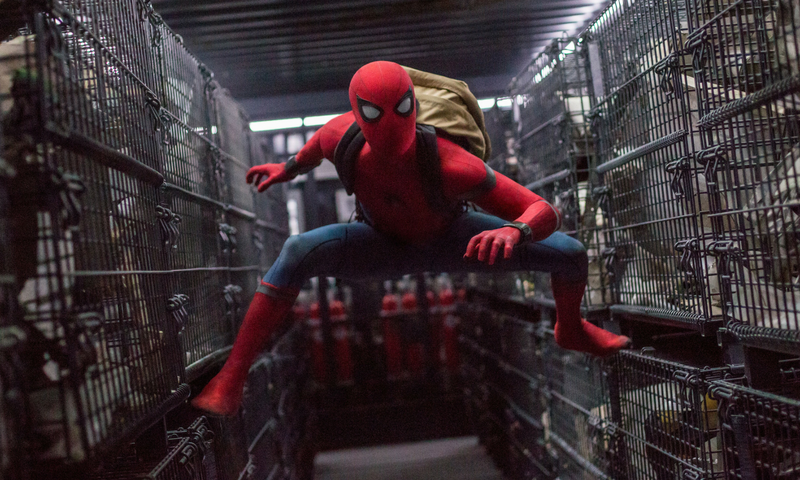 Spider-Man Homecoming is yet another reboot stand alone film of your friendly neighborhood Spider-Man with Tom Holland reprising his role as the titular web-head. Without missing a beat, Tom Holland’s take on the younger version of Peter Parker was consistent with the limited time we’ve seen him in action in Captain America: Civil War. And this is a good thing because from the short time we’ve seen him take on Winter Soldier, Falcon and even Captain America himself, I personally enjoyed and fell in love with his take of the web crawler ever since his cameo.

I enjoyed the feeling that Homecoming continued on what Civil War started for Spidey’s first outing. We have a very young Peter Parker getting trying to get back to the bigger superhero world when he was able to step into the big leaguse as a temporary Avenger member. It’s very refreshing to experience a more grounded Marvel Cinematic Universe movie with Homecoming, in fact, it’s more down on the ground than Ant-Man. It actually felt more like a slice of life movie staring Peter Parker with his being a superhero as part of the story, rather than a superhero film trying to become a slice of life film.

Jon Watts “edits” on the Spider-Man mythos was really well made and it felt natural to the movie’s story telling. And this version of Spider-Man has a more solid support cast compared to the previous outings. In fact, this is the first time ever that I truly enjoyed a Spider-Man villain since Alfred Molina‘s Doc Ock waaaay back in Spiderman 2. I really commend Keaton‘s version of Toomes (or the Vulture) and again I would have to repeat myself that this is the first time I found Vulture an awesome villain to watch.

Spider-Man Homecoming also remains consistent on the Marvel’s storytelling style of character focused stories, and Homecoming is no exception which is both good and bad. It’s good because the actors for the roles were able to bring Spidey’s world into more relatable grounds. With an almost irritating but loyal-to-the-death bestfriend Ned (played by Jacob Batalon) to the beautiful senior crush Liz (portrayed by Laura Harrier), and Peter even has his obnoxious “acquaintance” Flash (played by Tony Revolori), dumping on him every chance he gets. Homecoming really feels like highschool and that’s what makes the film good. However, Homecoming also falls into the pitfall of the Marvel storytelling style with the focus on character driven arcs. But unlike the other Marvel films, this is alright with Spider-Man since Peter’s world has always been restricted to his small area in the bigger scheme of things.

Another notable addition to Spider-Man’s story is how he is currently being “mentored” or is under Tony Stark’s tutelage or lack of. I didn’t like how Iron Man became the deus ex machina of Peter’s tight spots, at the same time his mentoring style of the young Peter. Though I really commend RDJ for bringing himself to the forefront as he was able to really just earn my irritation on how he treats Spider-Man, more so how Happy treats Peter (which, I understand is a tiring and thankless job with a bigger kid being your boss), but then his treatment was consistent to how we were meant to see it on screen.

While I’m not going to say that Homecoming is one of the better Marvel Movies out there, I’d still say that this is the best Spider-Man portrayal to date. With a lot of story lines and plot lines that weren’t cut with the movie’s end, I’m more than excited enough to see Holland’s Peter take on Spider-Man’s robust roster of rogues.

We’d like to thank OPPO Philippines for the screening and at the same time, they are giving away two tickets to watch Spider-Man Homecoming, you can check the giveaway here.