I’m back again with the episode review of the season 4 of Marvel’s Agents of S.H.I.E.L.D. so before I begin…

This episode starts off with showing the ghost from the previous episode (not Robbie). the ghost being the cause of the death of the truck movers from last episode. After this we see Daisy (Chloe Bennet) following Robbie Reyes as he is finally called in the episode. He works as a talented mechanic, and to get his attention she takes her van to be fixed.

Some new info on Robbie is given by Daisy, like he went to Garfield high school, or his brother’s name is Gabe. They have a fight which she loses due to arms already showing signs of injury from her powers. He captures her, and tries to find information on her that he can use to justify killing her. As this is going on we see the ghost in a lab, setting her companions free. We find out that they turned out this way because of a book they had used, and that each of them are affected differently, like one of them not being able to communicate, or the other not being as visible as he would like to be. anyway back at the mechanic’s Daisy and Robbie get to talking about how he targets only those who deserve it yet he doesn’t go any further than the buyers of the weapons. Daisy mentions a facility, which worries Robbie for some reason as he hurries to his car to get to it.

Here they find Mack trapped with Fitz (Iain De Caestecker) being attacked by a ghost, and save them. 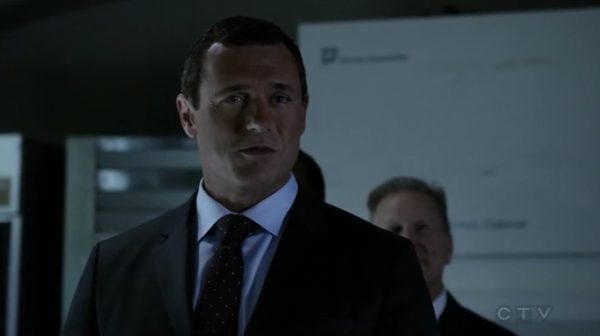 On the other end of this story we are greeted with the other people from S.H.I.E.L.D. Coulson (Clark Gregg),  and May are waiting to meet with the new director, while Fitz, Simmons (Elizabeth Henstridge), and Mack (Henry Simmons) try to figure out what was inside the box they found in the last episode. They figure out that it was the ghost of a woman, that whoever she phased through would get symptoms of dementia just like what happened to agent May.

Fitz and Mack make their way to Pasadena to check out a lead on a sighting of the Ghost, Simmons can’t join them though because the director needs her to help entertain the government officials in their tour of the base. Coulson and May at this time have already met with Director Jeffrey. Whose current priority is how people view SHIELD which brings them to the current situation of Daisy Johnson, and her vigilante activities. As I mentioned the ghost earlier, we see how much worse May’s symptoms have gotten. She eventually gets into a fight with her trainees and agent Coulson, where she beats them all senseless, of course they didn’t want to hurt her so we can’t say who would have won. It is finally ended with Director Jeffrey’s intervention where we find out he is an Inhuman. His powers aren’t flashy like Lincoln’s was, but we can see that he was super strength, and what seems to be some like Captain America’s abilities. 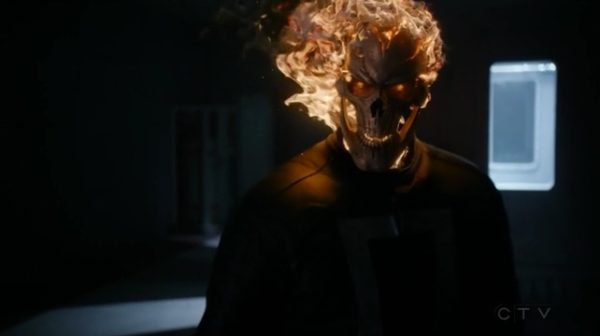 Today’s episode was great. Apart from the CGI, the story is very fluid. I really like how each of them have their own thing happening which at the end all of them seem to merge. At one end we see Daisy trying to solve the crime, and looking to get Ghost Rider’s help, and on the other we see SHIELD working on its coming to the public again. I am also enjoying how no one in the story is sure on what’s happening especially the Science trio, whose thing is to figure things out. the choreography of the fights is well made, and the cinematography showing as much of the people involved as needed. I also like where they are going with the story and how Daisy is making her own team to fight the crime wave, starting with Ghost Rider, maybe Yo-yo joining them soon. In Conclusion the chemistry between all the actors is great like always, along with the story being very engaging, showing action scenes one minute, and some very emotional ones the next. Can’t wait to see the next episode on October 11, 2016. 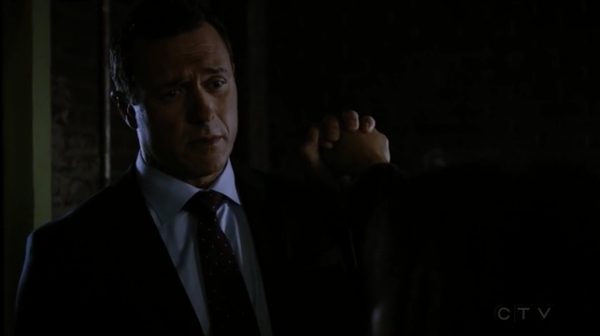 What did you think of my review? do you agree with some of the points I made, maybe some parts I may have missed? please leave a comment below