Let me open with this: I personally haven’t had a lot of time using HyperX’s Cloud line of gaming headsets. For full disclosure, I only really got to put in a couple of hours with a Cloud II during an event I worked for last year. I thought they were neat, and pretty much set the bar going into this review.

The Cloud PS4 is an aesthetically on-brand headset built for folks who like to color-coordinate with the default black and blue PS4 look. The color swap from HyperX’s usual black and red is definitely a pleasing one. The royal blue used for the stitching on the headband and metal brackets holding the earcups pops without being obtrusive in any way. The overall look effortlessly evokes the black matte finish and blue light strip of a PS4 as it powers up, and is a neat look overall. 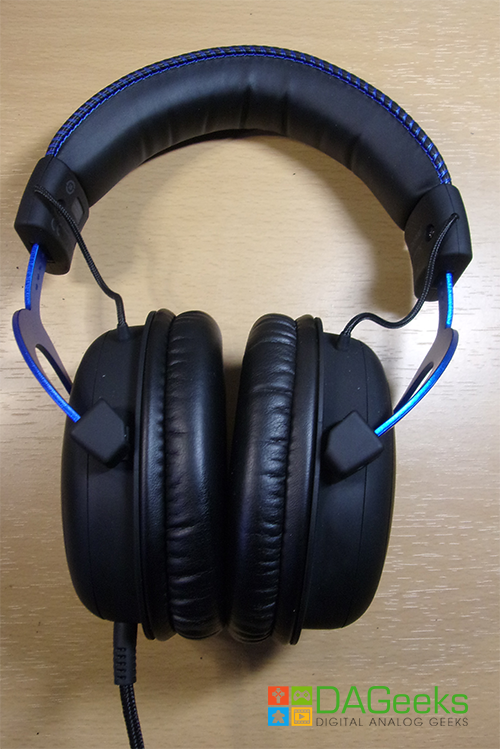 The Cloud PS4’s build quality should be no stranger to those already familiar with this series of headsets. For those coming into this fresh, you’re in for a treat. The metal headband is admirably sturdy and has just the right amount of flexibility without feeling flimsy. The cushioning on the underside feels great and helps lend to the feeling that there’s barely anything sitting at the top of your head when in use. As with any good headset worth its salt, it’s adjustable, and when paired with the quality of the headband itself, makes for a snug fit. It’s a frequent concern when I’m out and about looking for headsets, as I’d like to think I have a fairly large skull.

Of course, what’s a visually-pleasing headset worth if it can’t do the job it was made for? Thankfully, the Cloud PS4 sounds as good as it looks. For the longest time, I’ve had a bone to pick with manufacturers who put way too much bass in their headsets. I’m glad it’s been in a decline over the past few years and they’ve been getting around to dialing the bass back down to levels that don’t drown out every other layer of audio and turn your brain to mush. This pair sounds great out of the box, with the aforementioned bass making its presence felt with just the right amount of kick without being uncomfortable. 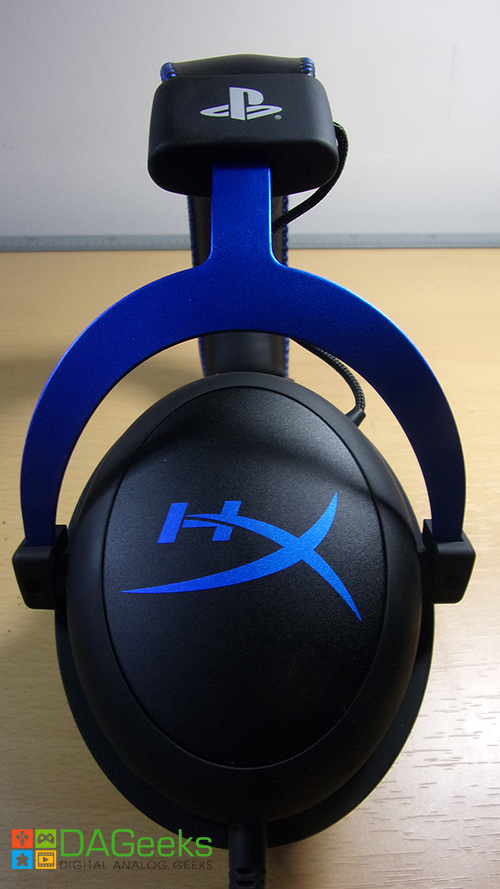 I’ve tested the headset with the likes of Monster Hunter: World, Overwatch, and as of this writing, Ace Combat 7. While not a 7.1 headset per se, the Cloud PS4 does great with what it has in terms of positional audio. Footsteps, light breezes, and insect chirps sound crisp while things on the other end of the loudness spectrum like explosions, booming horns, and monster roars have presence without being outright murder on your ears even at high volume. The moment I heard a missile barely miss my plane in Ace Combat 7, I knew this was a good headset.

As I myself work in a field where good headphones are indispensable, I didn’t pass up on the chance to have my co-workers try it. I had Rammy, our program director and a club DJ himself try it out and his face lit up. Any longer and I might’ve had to fight him to get the Cloud PS4 off his head. I’ve even used the headset for radio work and while they take a little getting used to from the more balanced, flatter-sounding pairs we use at work, they perform admirably and fit nicely for prolonged periods of time.

The detachable microphone, with emphasis on “detachable” because I like taking these headphones out with me on long trips and grocery runs, performs as it should. Audio is as clear as you’ll get without having to resort to a dedicated USB mic, whether for communication or streaming. 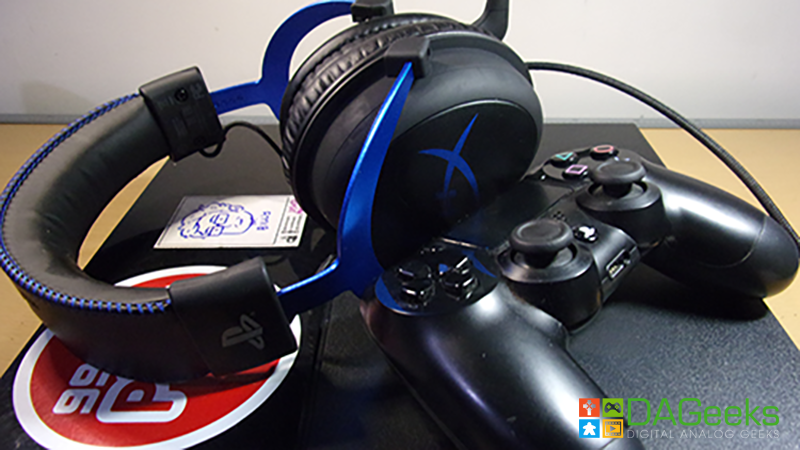 If there’s anything that HyperX could definitely improve on the Cloud PS4, it’s the length of its cable, which is thankfully braided, at least. While I’m not asking for something that could coil its way around me a couple of times, a little more to work with would be very much appreciated. That’s even in the context of it being a headset meant to be connected to a Dualshock 4. The in-line volume control/mic toggle also doesn’t feel as tough as the rest of the headset’s build.

Carrying the same build quality of its mainline siblings, the Cloud PS4 is a heck of a deal If you’re a PS4 user looking to get a HyperX Cloud series headset but want something that matches your black box that could. Not only are you getting a fantastic headset, but a surprisingly sturdy pair for daily use, too.