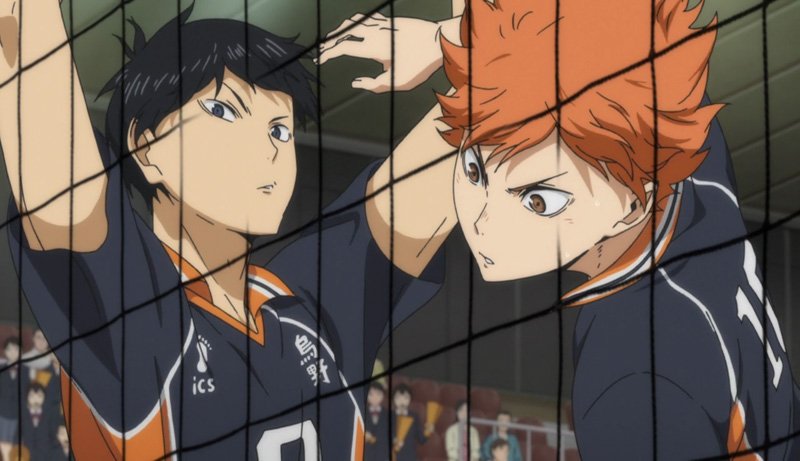 So we finally get to jump into the third season of Haikyu and things seem to be heating up for the actual face-off between the crowning champs of the prefecture, Shiratorizawa and the now rejuvenated Karasuno.

The first episode of this third season has us seeing the guys of Karasuno psyching themselves up for the match. The team had a lot in their plates as they need to figure out ways of how to defeat the With a lot of help from the managers Shimizu and Yachi. Coach Ukai also in this episode compares Aobajosai and Shiratorizawa in this episode and we’re shown the difference between two teams. He even tagged Shiratorizawa as the most incomplete team in the prefecture to which he explains why. 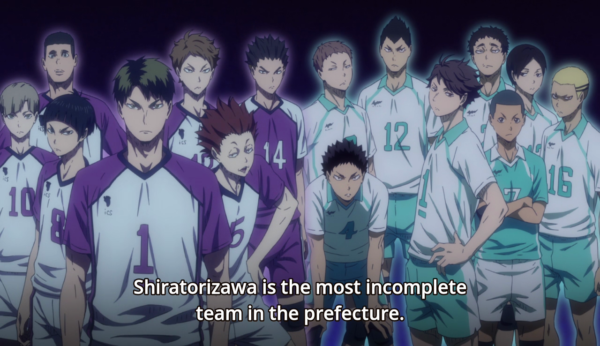 We also get to see that the third season picks up from where the second season left off and the team is still fresh from their win against Aobajosai. With preparations against the prefecture’s strongest volleyball team kicking into high gear, we’re shown the hi-jinks from the Karasuno boys most especially from Tanaka and Nishinoya before the match begins. 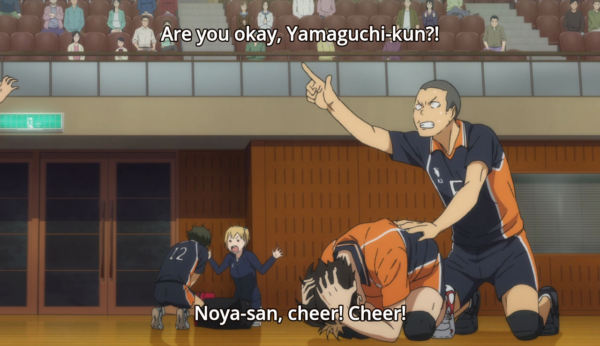 Nothing much is seen in this episode except a lot of prep work for the upcoming match. With the only highlight focusing mostly on the support characters and their own way of showing support to the volleyball team. While the episode showed a lack of activity within the match itself. We’re given a glimpse on the status of the two teams. With Karasuno’s nervous bunch at it again with the way they are handling their nerves, and on Shiratorizawa’s side, we’re shown a bit more of the other players and their personalities aside from Ushijima. 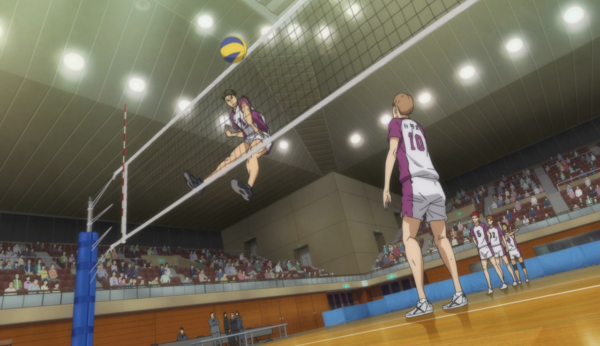 Things tense up during the warm-up stage as we’re shown how powerful Ushijima truly is. With his spike reaching to the second floor stands. As an answer to that “attack” we’re also shown a solid and resounding reply from the Hinata-Kageyama quick that quickly gets the attention of not just the Shiratorizawa regulars but also the Shiratozawa crowd themselves.

While not trying to spoil too much, the first episode ends with a brief exchange between Nishinoya and Ushijima with the first service given by the latter.

Greetings follows through with the way it sets the tension up for the succeeding episodes. And in usual Haikyuu! fashion, we’re given briefly on the motivations and attitude of Karasuno’s opponents. This has been the usual setup even during the second season making us at least care for their opponents. I liked that the anime kept with this formula even into the third season cause it’s not really a broken formula and it works for the series. 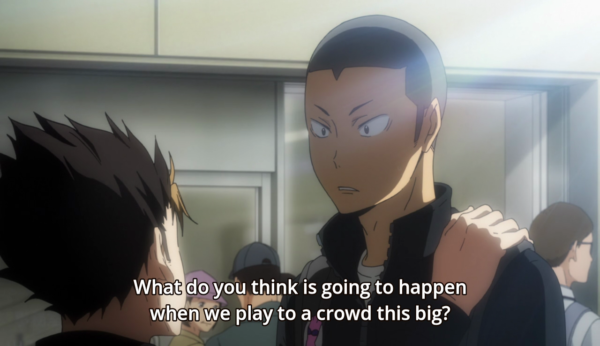 With that said, I can’t really add anything else more to the review. With maybe just saying that Greetings is a good intro to the supposed 10 episodes of season 3. I’m looking forward to the improvements of the Karasuno boys and how are they going to tackle the overly powerful Shratorizawa team.

The first shots were already fired at the latter part of the episode. So I’m looking forward to the next one.

Some notable things I need to point out in the episode:

Here are some screenshots: 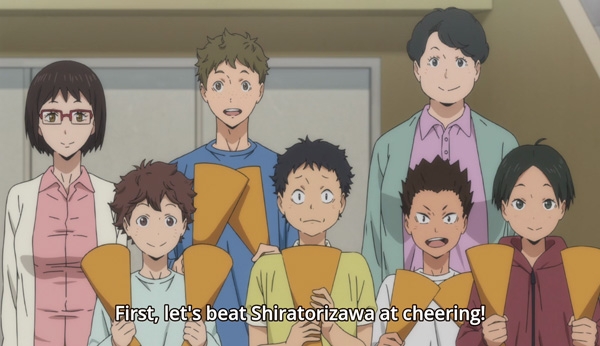 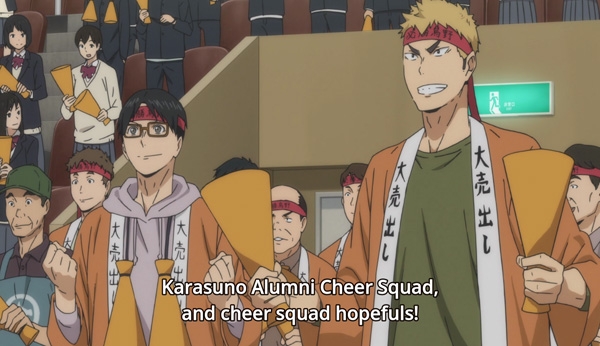 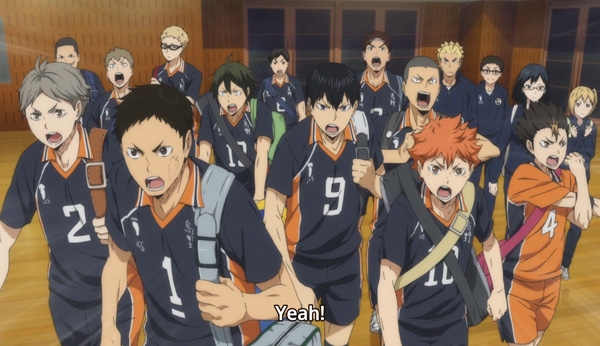 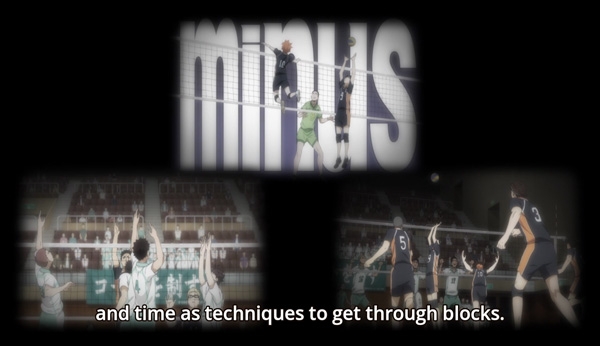 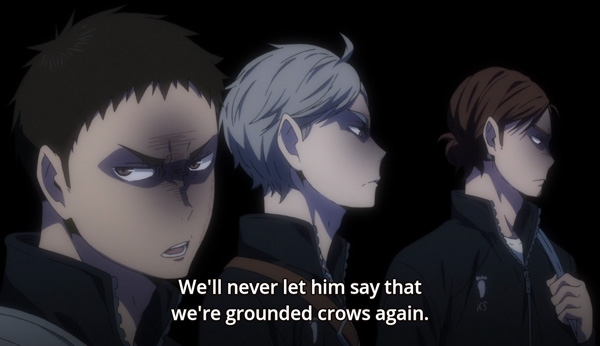 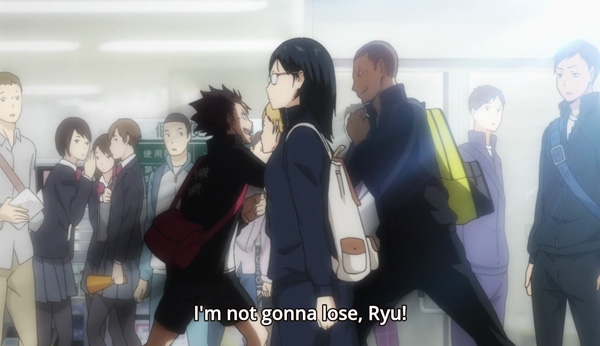 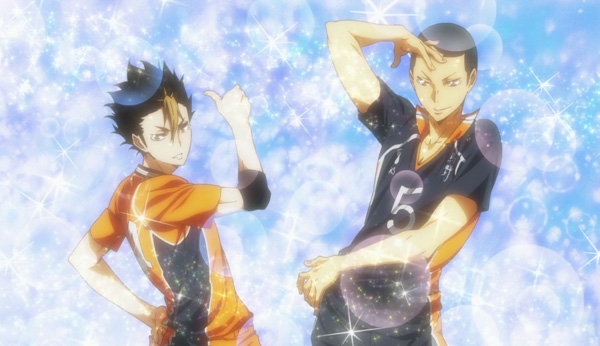 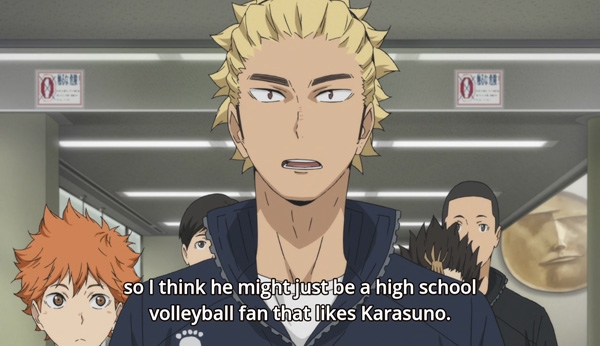 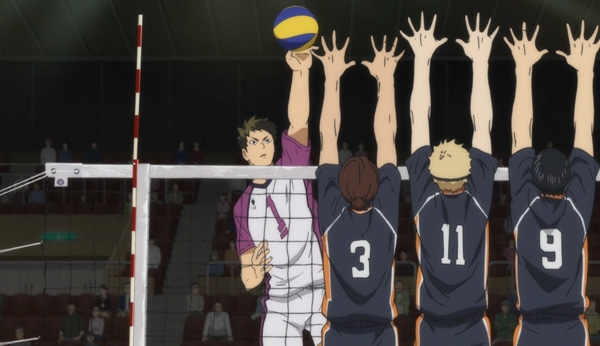 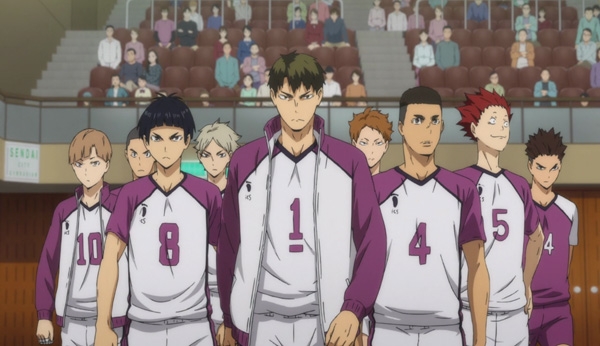 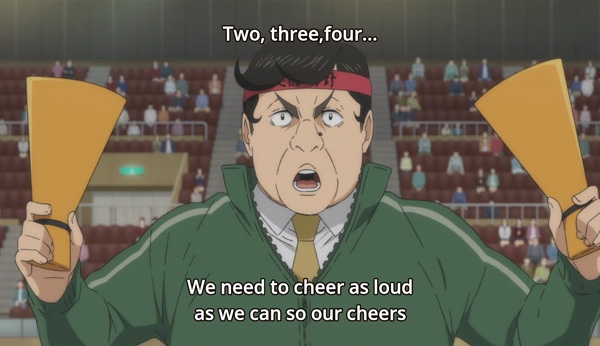