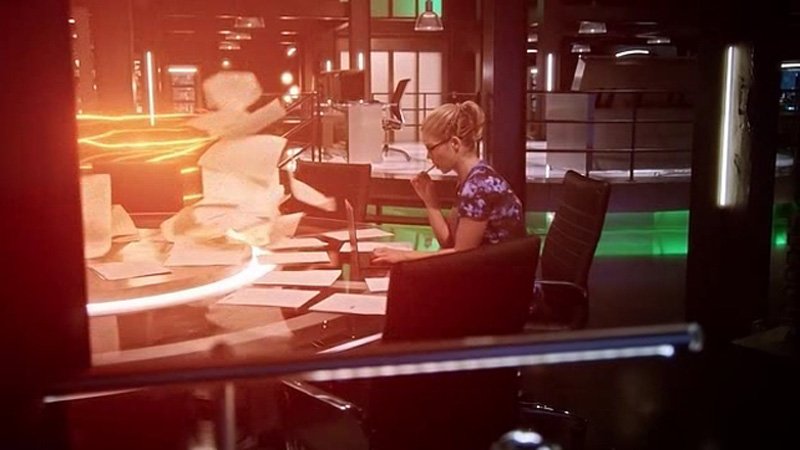 Returning to his old (new) reality, poor old Barry is clearly at wits end and decides to consult Felicity to get his bearings. A smart choice, considering. Also, nice dress on Ms. Smoak – she always has really interesting outfits, which kind of makes her persona a little strange considering she’s also supposed to be an awkward science lady. But I digress. He recaps all the ways things have changed, and she sends him back out to fix things – not very helpful after all, but an entertaining way to recap things for us.

Speaking of smart people – we have a new recurring character on the show, in the form of Metahuman specialist Julian Albert, played by Tom Felton. The Draco imagery is a bit difficult to shake. Nonetheless, his performance throughout the episode helps to settle him in as a totally different character – a distrustful and snarky, though highly intelligent, expert. It also makes Barry look even less competent as a CSI specialist than he has been throughout the past two seasons.

Throughout the episode, Barry once again tries to fix things. His lack of social skills and grace clearly makes itself felt by asking all the questions in not-subtle ways. He is, of course, dodging the fact that he has once again altered the timeline in meaningful ways for an entire universe of people.

The highlight of his masterful social-fu comes together in a really wonderful (not really) dinner with the Flash team, where the depths of his time-hopping begins to make itself felt. This is ironically after he has thought to ‘reset’ the timeline. Things have consequences, Barry! Sadly, he doesn’t seem to get this too well, as after a confrontation with Iris where she shows him talking to the Rival, he decides to try again and fix things on the speedster time-travelling level.

And thus, the true highlight of this episode appears. Jay Garrick – the doppelganger of Barry’s dad – yanks Barry out of yet another attempt to ‘fix’ the timeline. The older and wiser Flash who dresses down Barry when he cites his own understanding and experiences in doing what Barry has recently been doing. This seems rather appropriate, seeing as the father-son vs the elder-younger dynamic fits together well.

The key piece of wisdom he gives Barry is that he cannot simply keep trying to reset time to live a perfect life, as it is not possible to do so – “We’re not gods, Barry, we’re men.” Although gifted with special powers, as men they need to move forward and learn to live with the results of their mistakes and hopefully grow from there.

There is another interesting scene too that comes up shortly after – a surprising pep talk from Iris, which was not as sappy and contrived as I thought it would be, after which the team begins to consider that maybe they should work on patching things up. It makes sense for Iris to be delivering this, since Iris is one of the main reasons for the awkwardness anyway. Although Cisco’s problem with Barry is deeper and will clearly take time to finish resolving.

The fight with Rival helps to accelerate the Flash team in coming together and stepping up to the plate. Cisco pops back as Vibe with his gauntlet and delivers a well-timed sonic blast to Rival. The ping-ping moment was a little odd to watch, but hey the Rival is a killer anyway and could use a smack down. Overall, it’s refreshing seeing this ‘darker’ Cisco in play and it certainly gives a different vibe (pun not entirely unintended) to his character.

It is clear that Barry has a lot of things to work on – like his working relationship with Julian and dealing with what appears to be our new source of metahuman villains, Doctor Alchemy. But hopefully his new resolve to deal with them instead of using his super speed to warp time again will stay and prevent him from making a bigger mess of things. Speaking of a different dimension to the characters on the team – it looks like Ms. Snow is hiding a little frost back from the team as well! 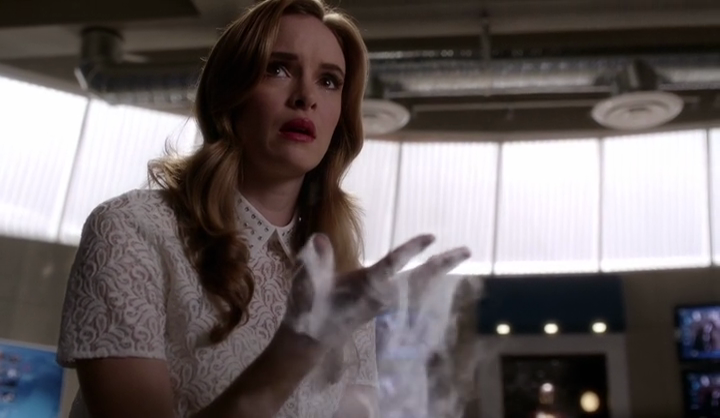