DISCLAIMER: The views and opinions expressed in this article are those of the author’s and do not necessarily reflect those of the blog in its entirety, the old gods and the new, her cousin’s four dogs, Santa Claus, and the Philippine nation.

With the next and last season arriving in almost two years, we have all the time to discuss unabashedly all our theories, speculations, and predictions. Naturally, I’m here to give my .02. That said, here are the top five people I’d like dead in season 8. Again, this list is merely based on opinion under the influence of chamomile tea and Reddit. Here they are in ascending order: 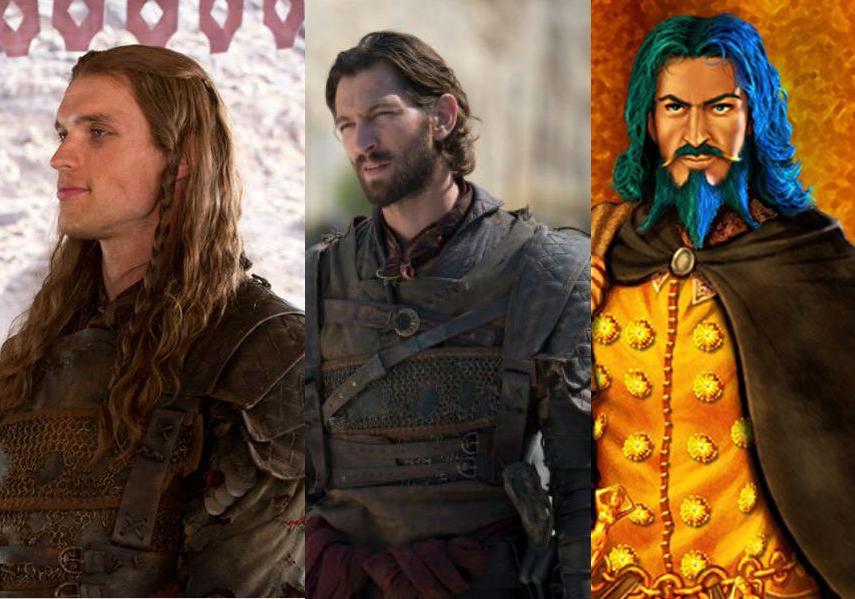 We are all familiar of Daario’s unwavering declaration of loyalty since he had the face of Francis Freeman (Woops, crossover). But, we also are familiar of his affiliation with the Golden Company, the biggest, most expensive, and most skilled sellsword group in the Free Cities. You may already have the feeling of hearing that name before, and you are right, because Cersei Lannister mentioned that she had enlisted their services to fight alongside her against the forces of the North. With Daario still salty from being left to tend to Meereen, and perhaps finding out her new “partnership” with the King in the North, Jon Snow, he might most likely forget about his oath to the dragon queen and side this time with the golden queen. In the event that he does, well, I hope he dies.

Added note, he should’ve had the blue beard, when he had the chance just saying.

The man has had a hard life; being castrated due to dark magic as a kid, living as a spy and informant in the sidelines, and devoid of any real loyalties. However, in all honesty, it is due to his and Littlefinger’s (rest in pieces) orchestrations that the Game of Thrones is at play. With his counterpart already in the afterlife, he has really not much reason left to continue playing. He has, in his own right, won. A nice, long rest would perhaps do him good.

Not to mention that, in a conversation with the red woman, Melisandre, she told Varys that,

I have to die in this strange country, just like you.

If that isn’t foreshadowing at its best.

We have already witnessed his “death” when he turned into the derelict Reek, but he lives again, changed… Or so we thought. Bailing out when presented with the chance to prove himself and save his sister, Yara, proves that he still has that conflict within him; that Reek still is in him somewhere. Fortunately, he was able to dispel the thought when he beat up one of the Greyjoys’ disbelieving generals and claim his leadership, effectively rallying the charge to rescue Yara. That sounds like a heck of a redemption arc. And, what better way to culminate a redemption arc than with a heroic and selfless death. (Insert sardonic smiley face here.) It is also the only way for him to be reunited with the body part/s that preceded him, if you catch my drift.

Cersei Lannister’s death has been long prophesied by Maggy the Frog, with a younger brother/sister figure killing her by suffocation. At this point, it is only a matter of who and when. If you’ll ask me, it should be none of than her brother and paramour Jaime Lannister to do it, and he should do it just when victory seems imminent to her. That would be mean a very poetic, poignant, and reaction-video-worthy death. Also, it should be enough payback for all the deaths she has caused and lives she has ruined.

To note, that would also make Jaime Lannister a two-time monarch slayer. Stellar, don’t you think?

Before you go off and storm my social media accounts, let me explain.

First and foremost, our beloved Dany is a Targaryen. Madness is in her blood, due to all the exposure to magic and inbreeding her ancestors had. It is very likely that she will go berserk at some point, especially if she knows about Jon Snow’s lineage and claim to the throne. Naturally, she should be eliminated, or else Westeros will go into more turmoil than it already is in.

Second, there is a long-standing fan theory about Azor Ahai come again. If you are not aware of this legend, here it is:

Azor Ahai needed to forge a hero’s sword. He labored for thirty days and thirty nights until it was done. However, when he went to temper it in water, the sword broke… He knew beforehand what he must do to finish the blade, he worked for a hundred days and nights until it was finished. This time, he called for his wife, Nissa Nissa, and asked her to bare her breast. He drove his sword into her breast, her soul combining with the steel of the sword, creating Lightbringer, while her cry of anguish and ecstasy left a crack across the face of the moon

With this in mind, and all the talk of Azor Ahai being reincarnated at the present timeline, many speculate that Jon Snow is Azor Ahai, and Daenerys, Nissa Nissa. This means that she will have to die to fulfill the prophecy. At the very least, her death will be a significant one.

Lastly, as seen in season 2, Daenerys has a vision of an Iron Throne destroyed and its room dilapidated, seemingly destroyed with both fire and snow. Meaning, all the attempts of owning the throne will be in vain, which could result to her demise.

WHY SETTLE FOR FIVE WHEN YOU CAN KILL ALL THE HUMANS IN WESTEROS. MAY IT BE KNOWN AS THE CONTINENT OF PERMAFROST. RESET THE ECOSYSTEM. MAKE WESTEROS GREAT AGAIN. VALAR MORGHULIS.

Do you agree with the list? Do you want other people dead in Season 8? We’d like to hear your thoughts on the comments!