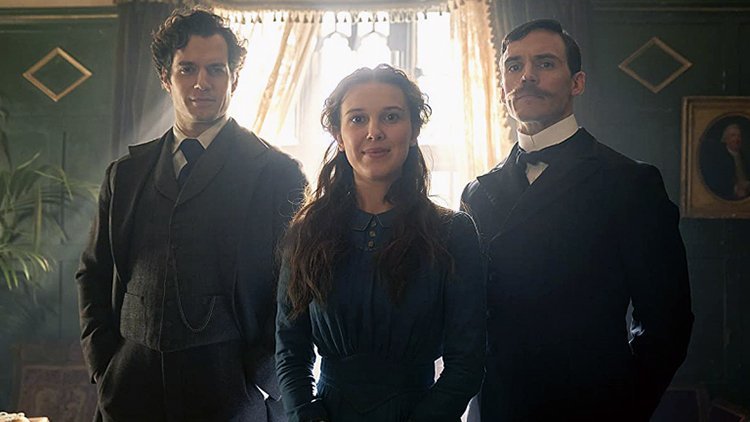 Enola Holmes and the Case of the Conan Doyle Estate Lawsuit

Disclaimer: The views in this article and author do not reflect those of the blog and its other writers. I am just an impassioned fangirl geek/nerd so please take my ideas with a grain of salt and a pinch of pepper.

Netflix has recently released the trailer for Enola Holmes, a movie about the exploits of famous detective Sherlock Holmes‘ younger sister. It is based on The Enola Holmes Mysteries series of novels by American author Nancy Springer, a pastiche to the original novels by Sir Arthur Conan Doyle.

Out on September 23, the movie stars Millie Bobby Brown as the titular role, Henry Cavill as Sherlock(!!!), and Helena Bonham-Carter as the Holmes matriarch. The movie was supposed to have a theatrical release, but due to the current situation, they shifted it to a streaming release after Netflix got distribution rights from Warner Brothers.

The “fun” part is the Conan Doyle Estate had sued Netflix, author Springer, Penguin Random House, Legendary Pictures, PCMA Management and Productions, EH Productions UK, screenwriter Jack Thorne, and director Harry Bradbeer last June for making and distributing the material. The case states the following entities were being sued for “copyright infringement [arising] from defendants’ unauthorized copying of original creative expression by Sir Arthur Conan Doyle in copyrighted Sherlock Holmes stories.” It further claims that the Enola novels had lifted from the last 10 Sherlock Holmes stories, which are not due for public domain release until December 31, 2022. Basically, the estate sued the creators and distributors for making Sherlock too emotional. This is because copyright dictates Sherlock is particularly known and needs to be known as “a brain without a heart,” but the last 10 novels have shown him warming up to emotion, and those novels are yet to be released from copyright. However, the world has already seen Sherlock as someone capable of emotion. A Scandal in Bohemia will tell the reader he has profound respect, perhaps borderline attraction, to Irene Adler, a feminist icon. The whole publicly available Holmes stories outright prove he sees John Watson, and to some degree Inspector Lestrade, as his friends. What then is the Conan Doyle Estate trying to get from this?

This is not the first time the estate had sued creators for making content based on the beloved detective. In 2014, they sued authors Leslie Klinger and Laurie R. King for making a collection of stories based on the Holmes canon. For several years, the estate had flagged author-director Nicholas Meyer for his Holmes novels. All of them had won and released their work, but at a price, literally. These authors paid the estate a sum to have all of their works published. Even the famous BBC modern retelling of Sherlock did not go unharmed.

The bottom line is the Conan Doyle Estate is hanging on to its last bits of copyrighted material for money, which is a sad state of affairs. The sadder thing is, the estate holders do not understand what they are talking about, and they probably need to sit down, read the novels, and reflect on whether their copyright conditions still apply these days, where retellings are abundant. The current world situation should provide ample time for that.

Whether Enola Holmes will be a success to those who are avid fans of the stories is an altogether unique case, and we shall find out on September 23 on Netflix.