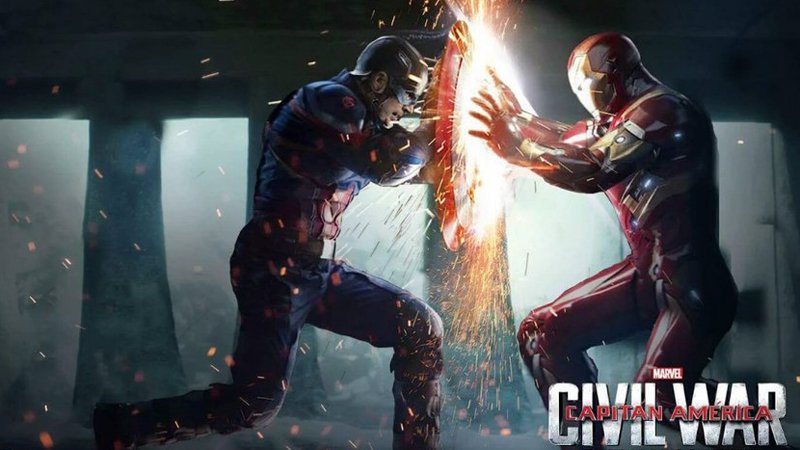 The MCU has yet again put out another jewel with the latest Captain America movie offering in Civil War. The movie properly jumped on what the previous Marvel movies has set up even as far as the first Avengers film. While not calling it perfect or the best movie that has come out from the Marvel Cinematic Universe, Civil War brought on the emotions that you wouldn’t feel or even expect from an action film.

What the movie lacked in cinematic sophistry is countered by the sheer amount of character development that will literally make you leave the cinema hurting a bit because of the emotional damages every single character is left with. Captain America: Civil War became more than just about the Civil War in the comics. This Civil War version became a surprising emotional monster that swept you off your feet especially in the movie’s third act.

Captain America: Civil War is truly a great movie to get into especially if you’re looking for  the connection that the loose threads and small hints MCU movies left from the first Avengers movie onward. It’s also a really good introduction to the whole MCU for those who are just jumping into the Marvel Cinematic Universe bandwagon.

As of this movie outing, Civil War is currently the MCU movie that has the largest cast of big hitter actors so far. With the lack of Hulk/Mark Ruffalo and Thor/Chris Hemsworth. The movie is still able to stand properly with the deep bench of actors in the stable.

I liked that movie series veterans like Anthony Mackie (Sam Wilson/Falcon), Don Cheadle (Rhodes/War Machine), Paul Bettany (Vision), Elizabeth Olsen (Scarlet Witch), Sebastian Stan (Winter Soldier) were given a bigger screen time in Civil War and were given more opportunities to just allow their character to grow as the film progressed. This also allowed us to see how the relationships worked between these heroes with Rodgers (Chris Evans) and Stark (Robert Downey Jr.) who were basically the two anchor points in the Avengers.

Tom Holland’s Spider-man/Peter Parker, Chadwick Boseman’s Black Panther/T’challa and Paul Rudd’s Scott Lang/Ant-man were given enough space and berth be to likable on screen. Even Agent Sharon Carter played by Emily VanCamp was given a bit more screen time with the Cap that you get to see the chemistry just sizzle on screen. And I must say, every single time Paul Rudd says or does something, he really steals the show. On the other hand, Tom Holland’s Spider-man is currently for me the best Spider-man portrayal in a live action outing of the web-slinger, so far. And can I just say how Marisa Tomei looks so hot on-screen and it’s fun seeing both her and Robert Downing Jr. back to together in a movie regardless of how short of a screen time the two had.

While I wish there were more screen time for Don Cheadle who I thought was still underused Paul Rudd and Jeremy Renner as Clint Barton/Hawkeye. But given the opportunity, they still brought memorable performances for the two, especially Rudd.

Scarlett Johansson is still awesome on-screen as the Black Widow though for me she kinda diminished in Civil War but that’s alright because whenever she comes on-screen she still gets attention especially in the fight scenes.

What I like to really point out as well is that Anthony Mackie has a big upgrade in Civil War as Sam Wilson. Not only are we given really awesome fight scenes with Sam as Falcon, his wings were given an upgrade that made him also stand out as not just the guy who can fly in the team.

Ever since Winter Soldier, I have pegged Captain America films as the starting shot of world-changing films in the MCU. And in Civil War just changed the world again. Though at this point it’s not about the world per se, but how the Avengers will live now that the dust has settled.

I loved the fact that the movie connected everything that happened from the first Avengers film up to Age of Ultron and tied everything up in a kinda messy bow. It even hinted on some aspects of the Iron Man franchise, specifically Iron Man 3 and how Stark’s actions has had repercussions to his relationships to everyone he holds dear.

I also liked that the movie really did set-up the upcoming Marvel films, Black Panther and Spider-man well in the movie as you saw tidbits of what may happen now to the heroes after Civil War ended.

If anything else, Civil War is a great feels trip. The build-up of everything that happened in the movie came out bursting at the latter part that you can’t leave the cinema without that foreboding feeling of defeat even though things have finally settled down.

Daniel Brühl‘s Zemo is one of the best MCU villains that I’ve seen to date. With not only his masterful performance as the revenge driven Helmut Zemo, but the way the story telling was done that you can’t really hate him for what he’s done. His final master stroke is a real stroke of genius for the writers as it really made me feel that the World’s Mightiest Heroes didn’t win in this outing.

In fact, the emotional build-up in the movie changed how I look into the trailer for Civil War most especially that scene where Winter Soldier and Cap are teaming up with Iron Man. I used to think that that scene was really cool acrobatically speaking, but as you watch the movie, those punches feel heavier and things are not as cool as you thought that they were.

On the more lighter side of things, Civil War really brought about those light emotional moments in between the heavy stuff in the movie. From the almost bromance partnership of Winter Soldier and Captain America, to the unfailing loyalty of Sam Wilson to Rogers. Even that small bit of alone time between Stark and Peter brought more into the story than I would’ve expected.

Another thing that popped out to me during the movie was how Rogers became the father if not “Kuya” to the women on the team. I liked that they had that sense of respect for the guy even outside of the battle zone that you can just feel his protective nature come out in an already warped reality they live.

And, well Scarlett Johansson as the Black Widow working her charm in the movie. Especially those brief exchanges with T’Challa, that you can feel the attraction there. Or maybe I just fell into the Widow’s wily ways.

Of course everything is not perfect with the movie. One of my biggest problems was the really ugly cut-ins when there’s a scene/city change. I mean sure it feels a bit more artsy but the font used was just horrible. It wouldn’t really bother me as much if the text size didn’t just increase every time the cut-in comes out.

And I would just groan every time I see that on screen.

Another thing that bothered me a lot was the poor CGI used in the movie. You can literally see how the quality just drops whenever some scenes requires the characters to be on the green screen. Maybe because we were just watching it on a 2D screen and was meant for the IMAX, I wouldn’t really know but then you wouldn’t really notice it that much because of the compelling story line that you are watching unfold.

Overall, Civil War isn’t really a technical masterpiece in terms of cinematography in the MCU. However, the storyline and the way the characters just brought things out that really made the movie such a gem.

If you haven’t watched the Captain America: Civil War, then it’s high time you watch it!