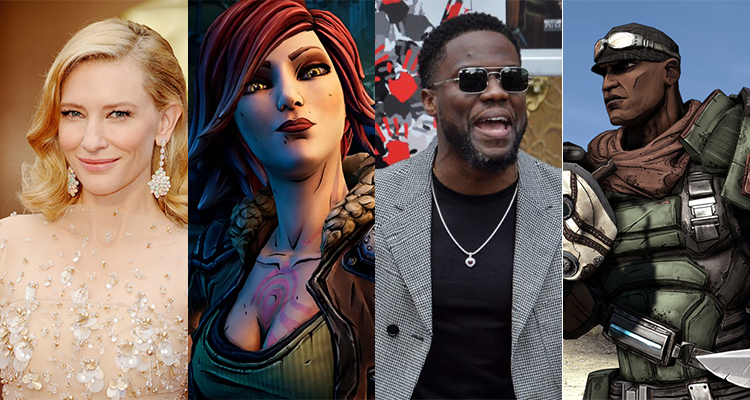 Live-action adaptations have always been a hit or miss (mostly misses) in our storied history. It seems like the upcoming Borderlands Live-Action adaptation is going to take in that same line.

We’re getting Cate Blanchett as Lilith, which was announced last year. And now, we’re getting Kevin Hart as Roland. The Borderlands universe is admittedly a purely strange place. And if you’re familiar with the games, you’d find the casting choices have been pretty weird.

I’m excited about Kevin becoming a Borderlands badass. To the outside world that is quick to typecast, this move may be seen as risky. While I am not afraid of risk, Kevin’s exceptional talent and commitment to and understanding of story and character does not feel risky to me. https://t.co/DQ5ethXgjv

Eli Roth is directing the upcoming live-action adaptation. With HBO‘s Chernobyl creator Craig Mazin writing the latest draft of the screenplay. Avi Arad, Ari Arad, and Eric Feig are producing. Randy Pitchford, executive producer of the Borderlands games, and Strauss Zelnick, chairman, and CEO of Take-Two Interactive that publishes the games through its 2K banner, are on board the film as executive producers.

My biggest apprehension right now with the casting would be Kevin Hart portraying Roland the soldier. Roland is too straight-laced and tall for someone like Kevin Hart. Physique-wise, Hart can at least look bulky, but he’s pretty short for Roland.

We just have to wait and see though on how things go. We have a pretty old Lilith with Cate Blanchett already in her 50s and Lilith is pretty much in her early 20s or 30s in the first game. While, we have Hart as Roland. I don’t think I have to say anything more.

I’ll keep my eye on more Borderlands Live-Action news as they come in.