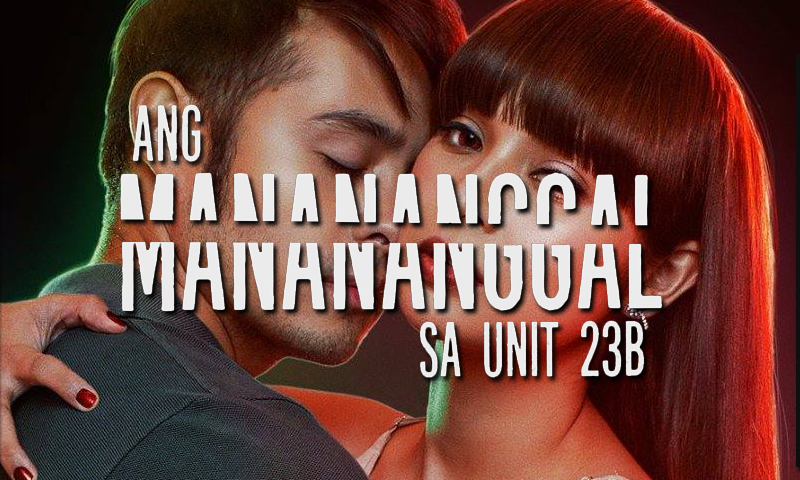 A Manananggal Movie That’s Not Half-Bad

I am not the biggest fan of Philippine movies. They’re usually unnecessarily camp and more concerned in promoting their cast rather than selling a story. But with last year’s MMFF making a huge step for indie actual-narrative- driven films and this mid-year launch of the Pista ng Pelikulang Pilipino, I guess it’s high time we put down the cringe shields and give this new generation of films a chance – Hashtag SupportLocal. And of course, my first choice out of the film fest was Ang Manananggal Sa Unit 23B because based on the trailers, I thought it was just a typical local romance film but with the premise of “I love you but I can’t because I’m a monster from Philippine folklore.” My expectations weren’t that far off.

23B presents a simple yet ambitious premise that dwells in one half horror and one half romance. The best part of the film is that it retells the mythos of what a manananggal is – presenting it as more of a curse that can only be temporarily satiated by murder, rather than being inherently a monster. Unlike hometown bedtime stories and old movies, Ryza Cenon’s Jewel is portrayed as a woman with a normal, almost boringly mediocre life. She does not play a mysterious stoic doll who only waits ‘til nightfall to become her “true self”. Rather, she watches telenovelas, feeds her pet turtle, paints her nails, and crushes over the boy next door (but doesn’t exactly say what she does to pay rent). Her transformation is portrayed as being an occasional and involuntary painful craving; only then does she go out to hunt for food and satisfy that hunger – then having moments of regret and guilt after every kill. Basically, becoming a manananggal is a metaphor for when you haven’t had really good sushi in a while.

This violent life routine of hers gets more complicated when Martin del Rosario’s Nico moves in next door. Their friendship slowly develops into an attraction built on eggshells as Nico is just fresh from a breakup and Jewel literally eats men’s hearts. But the tension is there. The attraction is there. The romance just feels a bit compromised as the film is too dedicated in its tone for horror with itscontrasted dark lighting and suspenseful score.

And that’s where the problem of the movie lies. 23B finds difficulty in finding its identity as – like the manananggal – it struggles to be two things at the same time: a love story and a horror film. Not that it’s impossible to achieve. It’s just that it’s not romantic enough to be a romance film and it’s not scary enough to be a full horror film. It also strived to be a clever social commentary as Jewel covers up her kills with a cardboard sign saying “Huwag tularan. Pusher ako,” – taking cues on the series of recent vigilante killings and how easily it is to hide your true motives in this political climate. But it’s just a tool and it never really makes any concrete statement about it. Everything also feels like it only went halfway. There is so much establishment and investment in characters, but not really providing enough resolve to their conflict or even a reason why certain elements were introduced in the first place. It wastes its potential in being an interpretation of the dangers of today’s society, and exploring the battle with the characters’ inner demons.

But it’s not that bad a movie. It’s actually one of the few local films I’ve watched where I did not cringe at least once – and that’s an achievement by itself. It’s a local movie that finally gets night and horror lighting right – even playing around it with contrasting neon colors to set dangerous and sexy moods. And even though they lacked more exposition, it’s a local film that only really stayed focus on its two main characters instead of having an entire side cast with their own story arcs. Manananggal Sa Unit 23B is enjoyable and thought-provoking, even if it feels raw and incomplete. It’s not often a local film like this comes by, and it can be really haunting in its simplicity.