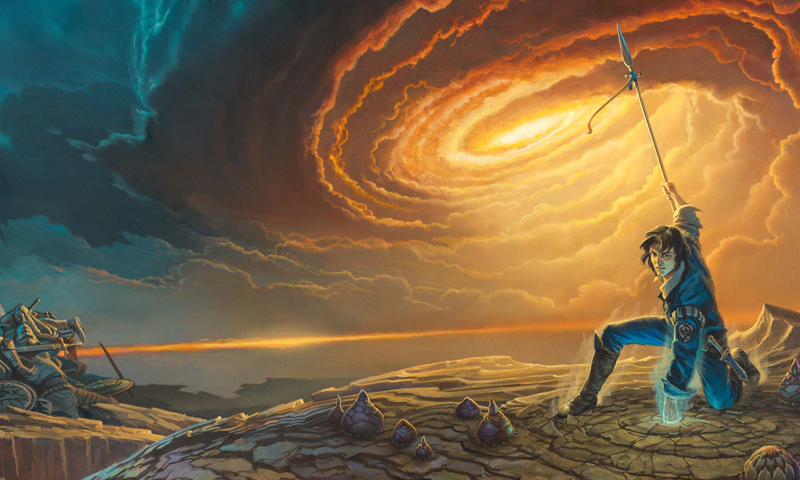 Words of Radiance picks up immediately where The Way of Kings ends. A hefty book at over 1,200 pages in its trade paperback form, the Words of Radiance delivers a compelling story despite setting its characters in pretty much just one geographical region. The growth and dynamics of the different members of the cast and the gradual unveiling of the ancient history that was hinted at in the prologue of The Way of Kings are able to carry the entire novel to its end. 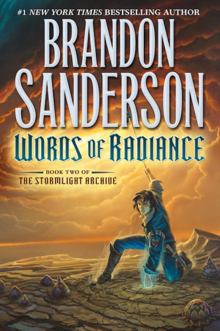 Throughout the book, our dark-eyed champion Kaladin struggles with his new position and the different ways it pulls at him. It is both interesting and frustrating to witness how he deals with the way his conflicting loyalties and oaths draw him. Meanwhile, Dalinar steps up his movements to bring the war-turned-game in the Shattered Plains to an end. His son, Adolin, becomes a more active participant in his efforts as the political struggles of the Alethi High Princes comes to a head.

Of the three principal characters however, most of the spotlight is on Shallan. Although her role in the story appears rather subtle, Shallan is critical in discovering and unveiling the greater struggle hinted at in the prologue of The Way of Kings. Because of this, the book feels even more like a gradual uncovering of the deep world that Sanderson has created.

Another thing of note is the Parshendi point-of- view which is displayed, uncovering for us the other side of the conflict and the thoughts of its various leaders. No doubt this will lead to even more revelations down the road. There are also more appearances by non-Alethi and non-standard human races, which I would hope to see in more pages in upcoming novels. Other characters are not left aside either, as they too have development in roles and abilities, which I appreciate in authors, as many tend to leave non-heroes by the wayside.

By the time of the book’s conclusion, we are treated to what appear to be the opening phases of the recurring, grand war that has been raging for a-yet- unknown amount of time. Sanderson’s pacing is steady and well-considered, which is both admirable yet frustrating considering the amount of time needed for him to write a book of the Stormlight Archive. Overall, however, the quality of his work is good and being able to witness another epic saga in the making is always a joy.