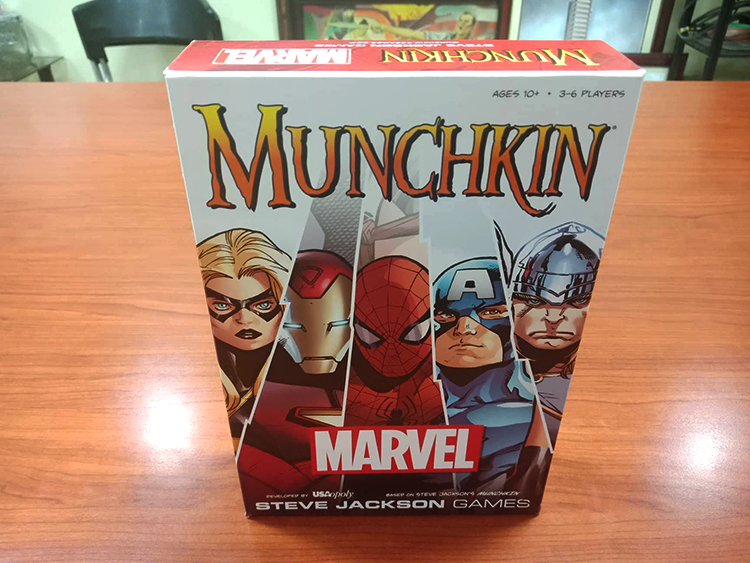 Munchkin is a card game by Steve Jackson Games that’s been known to “ruin” friendships. From the creative minds behind it comes the Munchkin: Marvel. Players take on the role of S.H.I.E.L.D. agents recruiting heroes, donning their equipment, affiliating themselves with the hero groups, and even gaining super powers themselves. The goal remains the same to be the first to reach level 10 by defeating villains.

In the base copy of Munchkin Marvel you’ll find 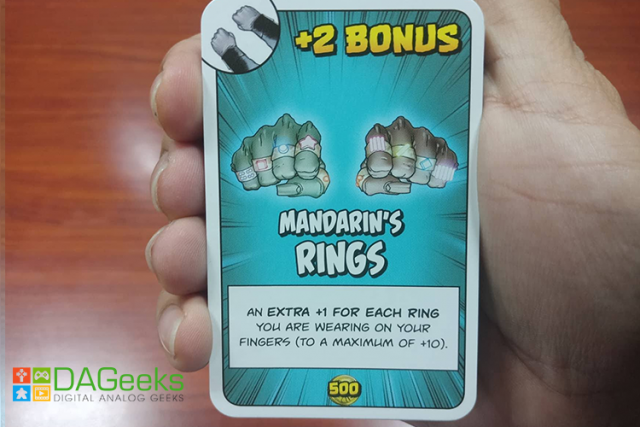 Munchkin: Marvel differs from the original in many ways. First of which is there are no more race or class cards, instead they are replaced by the 6 Agent role cards, where each have their own passive ability, and the Affiliation cards like “The Avengers”, “Spider-friends”, and “Inhumans”. There are some additional cards like the Super powers giving bonus combat strength or abilities.

Setup is very simple really. Just like the original game the treasure, and Door cards are kept in separate decks within reach of every player. a total of 8 cards will be dealt to each player, 4 from each deck.

Before the game begins, players are allowed to equip items, make allies and affiliations, gain a super power, or even level up. After which game will start with the first player(you decide how) and continue clockwise. 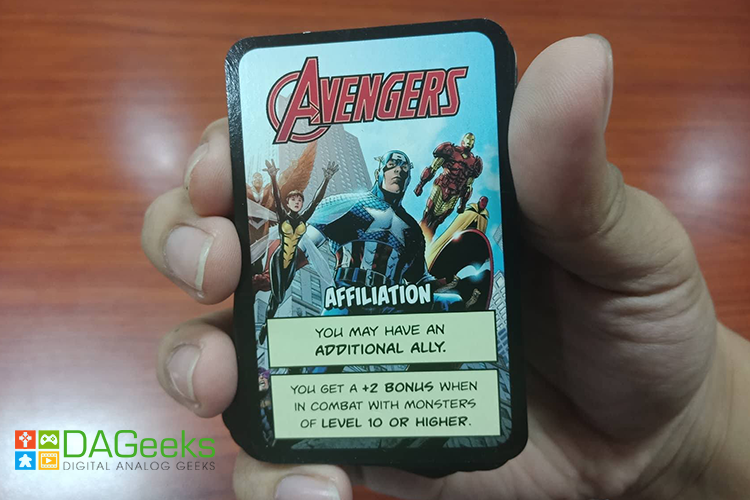 On a player’s turn they may equip some cards or play some traps cards if they wish. After which they will continue their turn by “kicking down the door” by revealing the top of the door deck. If it’s a villain they must fight it, if it’s a trap they must do what’s written on the card, and if it’s anything else they keep the card.

Combat is very simple, to determine who wins its just comparing combat strength of the Villain against your own. Combat strength is computed as such, Player level + bonuses from items, abilities, allies or affiliations. If you cannot defeat the villain on your own you may ask for help from one of the players, usually for a price. Once the deal has been made and the villain is defeated, the active player will level up and draw cards face down, unless a deal was made to share the treasures then you draw it face up for everyone to see, equal to the Treasure written on the bottom right of the villain card.

There is also the chance that you lose the fight, either no one helps you or they made the villain stronger, in which case the players that are involved in the combat must run away or suffer the “bad stuff” that each villain has. To run away each player must roll a 5 or higher for each monster they are running from, any other number will result in them catching you and doing their bad stuff which varies with each villain.

If a villain wasn’t found when the active player kicked down the door, they are given 2 choices, either to “look for trouble” or to “loot the room”. Which is to either fight a monster from your hand, or to draw a room card face down.

Here is a flow chart I found to further clarify how each player’s turn will go.

This will go on until a player has reached to level 10 at which point the game is over and that player is finally declared the winner.

The game is a lot of fun and doesn’t stray too far from the tried and tested mechanics of Munchkin, but because it’s the Marvel version the card art doesn’t humor me as much as the original does, though it still retains some of the 4th wall breaking antics like Electro’s ability to be stronger for every electronic on the table or the mandarin’s rings gaining more power for every ring the user has on. I’m not sure if this is a good or bad thing but giving each player a different role makes for different playstyles unlike in the original Munchkin where its possible the majority of the players have the same approach to the game with their classes. All in all a fun game and a good buy for marvel and munchkin fans alike.