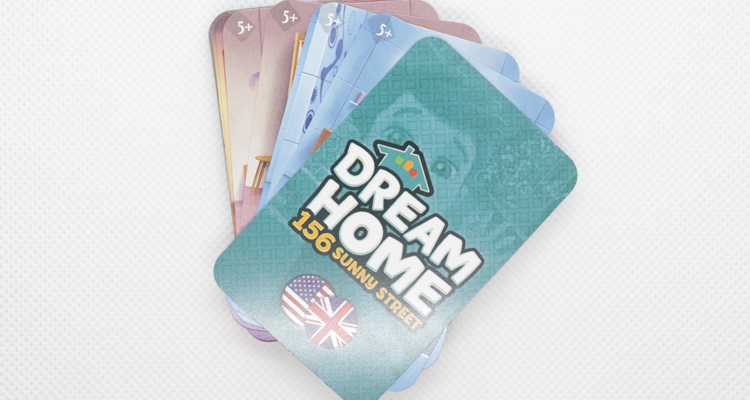 Some of you may know that I did a review of the game Dream Home before. At the time of the review this expansion was the one I had seen on shelves first before the base game was being sold. In this expansion you have friends coming over, and some blueprints of what your Dream Home should have, along with added new neighbors (5-6 players expansion).

The game comes with an extension board for when you have 5 or 6 players, as well as additional cards marked with “5+” or “6” on the upper corner to easily distinguish which is used for 5 players and 6 player games. Apart from added cards for the tools and room decks there are now other cards added into the game for a more diverse game on of them being the blueprint, which is comprised of 6 3-point cards and 6 5-point cards, each with their own goals to further diversify how players build their homes. The other new addition are friend cards that players will rush to complete their requirements to invite them to their home for extra points.

As I’ve mentioned before this is a 5-6 player expansion of the card drafting/set collection game that is Dream Home. Not much changes in gameplay with the added players apart from the more valuable first player marker since now it takes longer to get to your turn, meaning higher chance of you losing the room card you need. Though the 5-6 player expansion is great, the expansion really shines in the added , and room and tool cards, mechanics of the friend cards, and the Blueprints. 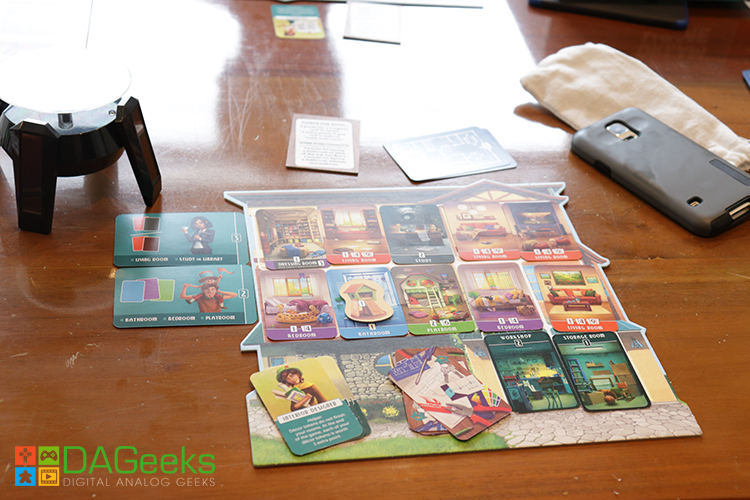 I’ll start off first with the newly added cards to the decks, the first of which i want to talk about being the new helpers, Plumber and Engineer. Both play into the mechanic of the vertical adjacency of rooms, The plumber gains you extra points for building bathrooms vertically adjacent with each other, and the engineer lets players count vertical adjacency in expanding their rooms around the house, which makes it even easier for new players to get into the game as they try to get a grasp of the rules.

There are three new Tool Cards as well; Digger, Toolbox, and Ladder. All three of them have game changing abilities, but the Toolbox was the most appealing of the three. With the Toolbox, you gain points for each tool card you use in the game, which can easily add up if you gain it in the early rounds. The 5 new Decors from this expansion don’t really deviate from the original formula of “place in X room” apart from the Dartboard which requires a 2 or 3-card room to use it. Though these new cards are good, the real meat and potatoes of this expansion come in the form of the blueprints and friend cards, which I’ll be delving into next.

As I’ve mentioned before, in this game there are six 3-point and six 5-point cards where each player receives one 3-point, and one 5-point card each with their own requirements for the players to fulfill to gain the points. Players may only gain points from only one of the two cards given to them. As common sense would dictate, the 3-point cards have a much easier requirement compared to that of the 5-point card. This gives a lot variety in how each player experiences a playthrough, as well as gives each person an idea of what they would build towards the end of the game.

With the Blueprint cards being given as sort of like a secret mission, the friend cards on the other hand are shared goals that players will fight for. In a game the amount of friend cards that will be on the board will be “the amount of players x 2”. Each friend will have their own requirement for certain rooms adjacent to each other, in any order. At the end of each player’s turn after placing their room cards, they may invite a friend, provided they have fulfilled the requirements on one of their floors. Players may only have 2 friends in their home, one on each floor. With the addition of the Friend cards is more options to fight over apart from the room and tool cards. 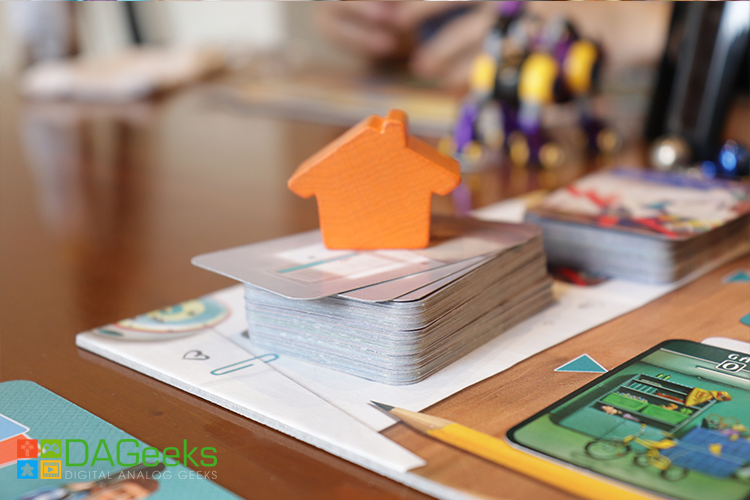 The expansion also gives players the option of playing solo, and try to get the highest score. In solitaire mode the game will last 12 rounds like normal gameplay. You will also be given blueprint cards, but can score on as many blueprints you complete. What makes this game different apart from the fact that you have no one to fight over room cards with is the first player portion of the game board. Normally this is used to gain an advantage over other players but in single player you gain the option of taking the supplier, roofer, or two more blueprint cards to try and complete. I personally haven’t tried the Solitaire mode yet, since I don’t really like to play a board game on my own, but its nice to have the option of playing single player.

The expansion is great and all with the addition of these new cards giving a totally new feel to the game with the addition of the new objectives of friend cards and blueprints. Though despite these new additions I feel like some of these should have been included with the base game in the first place making it less of an expansion and more like those DLCs for video games nowadays.

Components
Gameplay
Theme
Replayability
Pros
5-6 players
New cards
More Objectives
Cons
Some parts could have been in the base set
4.8