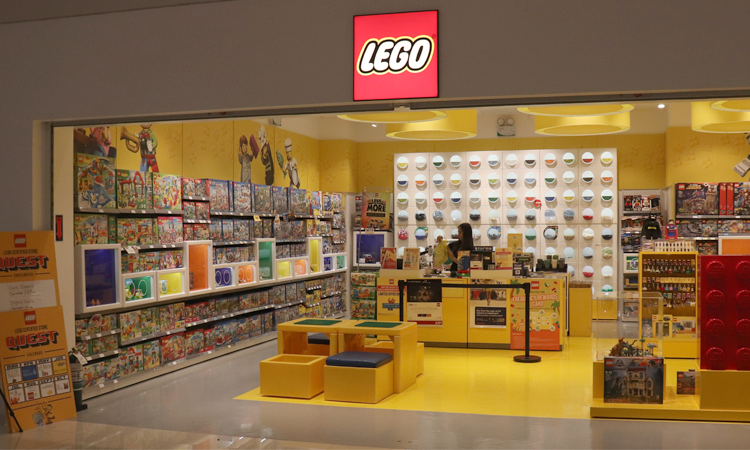 Admittedly,  LEGOs are one of the toys I never really got the chance to play around with. Since LEGOs are mostly really expensive in the country.

LEGOs are mostly something that I can find int he more posh malls and stores. So it’s fun to see that there’s a more interesting store setup for the brand with the  LEGO Certified Store opening not just in the metro, but the whole country.

So I had the opportunity to talk with Sharlene Ortiga, LCS Business Unit Head from LAJ Philippines, the official distributor for LEGO in the country.

Here’s the whole rundown of the interview.

H: Can you share to us a brief history of LEGO.

C: So LEGO is actually 2 words, “Leg Godt” meaning to play well. It was founded by Ole Kirk Christiansen back in 1932. He started out as a carpenter, so the first toys he made were wooden products. He eventually grew it into a global enterprise, with their most important product being the LEGO brick. Why the LEGO brick became very popular was the interlocking mechanism. So you can build infinite creations with the LEGO brick. From there LEGO grew from Denmark to the US, and eventually to the rest of the world. This year we’re actually celebrating 60 years of the LEGO Brick.

C: For LEGO, since i’m from LAJ we started distributing there back in 2006. So we’re on our way to ur 12th year. We started distributing first in department stores, Toy Kingdom, Toys R’ Us, and eventually we expanded to specialist stores like Rustan’s, Hobbes and Landes, and Build City. in 2014 we were given the opportunity to open up the first LEGO Certified Store in 2015 of May at BGC.

H: With that said, why did it take so long for a LEGO Certified Store to open up in the country?

C: Well first we wanted to test the market, and prior to us distributing it LEGO wasn’t available in the Philippines. I know it was available way back by a different distributor, but for a time it disappeared in our market. So we had to reintroduce the brand again, and it was also the time of PlayStation and Wii was getting a lot of hype, so it was hard to convince the customers and kids that you could have as much fun with LEGO bricks. Thankfully we were able to do that, and like I said before we were given the opportunity to do so we grabbed that opportunity and We wanted to bring a full scale LEGO store here in the country

H: How’s the Filipinos’ response to LEGO here in the country

C: I believe a lot of people like LEGO, but of course I know the biggest factor is the price. A lot of the customers find it a bit expensive, but as with any global brand bringing it here incurs a lot of costs, so we try to do our best to control the prices and hopefully with our continued marketing program will continue to support the brand. But in essence a lot of people are supporting LEGO, especially with the movie franchise that the brand has tied up with, like Star Wars, Avengers, DC and others.

H: What does it mean when you say that a store is a “LEGO Certified Store“?

C: A LEGO certified store essentially is a LEGO store similar to those in the US and Europe, except that its not operated by LEGO directly. Its operated by us, LAJ, the official and authorized distributor here in the Philippines. Everything you see here you can expect to be almost the same as those in US and Europe.

H: So what kind of advantage does the LCS have compared to other stores that sell LEGO?

C: In LCS, we carry a lot of exclusives one being the Pick-a-brick wall where you can just purchase the bricks that you need so that you don’t need to buy an entire set to make what you plan to make. We also have the the Build-a-mini station where you can customize LEGO mini figures to your liking, So you can customize from the headwear, head, torso, legs, and accessories. We also have monthly mini build programs, it’s a free activity. Every month it changes, so 12 months meaning 12 mini builds in a year. It’s basically a small LEGO set that you can just build for free. We do that twice a month, every 2nd and 4th Tuesday and Sunday of the Month.

H: How many LCS do we have here in the country?

C: At present we have 7 branches already, 5 in Metro Manila. So that’s BGC Park Triangle, Alabang Town Center, TriNoma, Ayala Malls the 30th, U.P. Town Center, and 2 in Mindanao one in Centrio Mall, and the other in Abreeza Davao

H: How do you determine which areas are prime venues to set up an LCS?

C: We do our market studies, and we try to penetrate cities with high foot traffic where we know where there are a lot of families and kids, where we know there’s a big growth potential for the brand.

H: What can kids and adults do in an LCS?

C: Well, for this year we just launched the LEGO quest so it’s similar to minute to win it challenges where kids and adults can participate with any purchase. We have different challenges every month. This month they’re supposed to sort bricks according to size. So 2 studs, 4 studs, and 6 studs, something like that, within 2 minutes, and best time wins. That changes every month, and at the end of the year we will have a culminating event where we call everyone who won for each month and challenge each other for the Grand LEGO quest winner. We also have an ongoing Bricks it promotion where all of the 2016 and older products are at 50% off. We also have our monthly gift with purchase promos, just this May we’ll be giving away the “Ariel’s Under the Sea Symphony” bag with every minimum single receipt purchase of 2,999.75 php.

H: Can you share to us the various themes that LEGO currently has, and what makes them different from each other?

C: LEGO has 4 themes which is City, Friends, Classic, and Duplo. These are the themes that are regularly refreshed with new stock and styles. We also have the IP themes like Star Wars, Avengers, Jurassic World, Incredibles 2. We have for the more serious we have Technic, and collector’s series, So these are the big sets, modular sets, and creator expert vehicles. Each Theme varies with different age groups, but of course we try to cater to a growing age group so we cater from toddlers to the adult fans of LEGO. The idea is that if a kid starts with LEGO that eventually they will also collect LEGO as an adult

H: Which line is the most popular among Filipinos?

C: It would be City, because its the one theme that’s about everyday life. So in City Theme you can see the police, fire stations, the hospital, vehicles, airplanes, So it depicts everyday life and more relatable to our customers.

H: How does LEGO determine which products or toys to release? also which collaborations they should pursue?

C: I would say based on pop culture that’s one factor, another would be that LEGO has a program called LEGO Ideas, where for example if I liked Star Wars I could make a Star Wars build and submit it to LEGO and earn 10,000 voters for them to possibly produce it. That’s also how they gather feedback from their customers and fans. LEGO‘s recent development is that with LEGO friends they cater to girls, because prior to Friends it was more for boys. LEGO really listens to their customers and the needs of the end users which are the kids.

H: Right now, can you share what products we should be looking forward to in the coming months?

C: In the coming months our recent new arrivals, apart from the Avengers: Infinity War sets is the Jurassic World: Fallen Kingdom Sets, of course our ever growing Brick heads assortment, so by this month we’ll have Back to the Future‘s Doc and Marty McFly. Continuously there will be new additions to the Brick Head assortment. You can also expect a lot of Collector’s Series set soon, a lot of them are still confidential so I cannot disclose yet at this moment.

You can watch the full interview here: