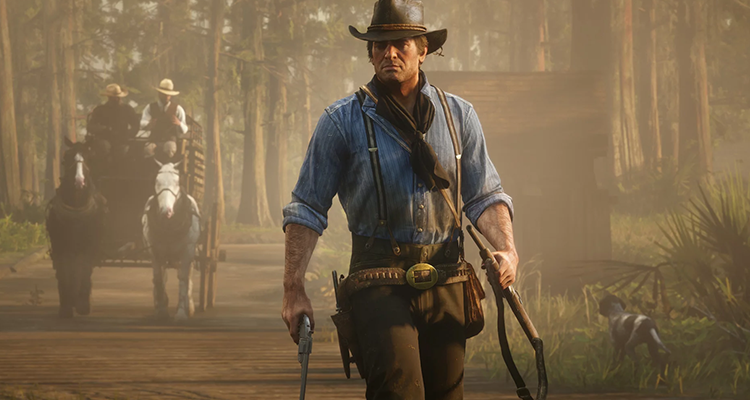 Will There Be A Red Dead Redemption 3?

So what’s in store for the franchise after Jack exacted revenge? Will we get RDR 3?

The earlier two arcs of Red Dead Redemption focused mainly on John, as to how he lived his life when he was younger, how he wanted to live and possibly atone for his outlaw past. With Abigail now officially dead, and he is survived by his son Jack, RDR’s story should now of course focus on John’s son, Jack.

With the progeny of the Marston still alive and kicking, it’s going to be interesting to see how he lives his life. Will he be able to move past his father’s past and trudge forward with a life of a common law-abiding citizen? Or will he follow his father’s footsteps of becoming an outlaw? Did John have enough time to instill on Jack the proper moral compass that he clearly lacked when he was younger? These are the interesting plot paths the next upcoming game can take into consideration and I personally would buy the game to get see this through.

Getting More Real by the Release

Also, one of the things I’d like to see come RDR 3 is the immersion they game will provide as a player. Read Dead Redemption 2 seems to be the pinnacle of how realistic the western world is. The amount of activities you can do almost mirrors the features you are now experiencing with Grand Theft Auto. From subtle movements to commands that allow you to actually Roleplay in the Wild West, getting the third installation in the Red Dead Redemption series is exciting.

It gets more real too since one of the more inconsequential game features in RDR is getting more and more realistic. Of course, I’m referring to gambling in-game. Aside from getting bounties through headhunting and doing quests, Marston can also wager in a lot of activities in the game. From playing poker to blackjack, you can also have Marston bet on arm-wrestling, horseshoes, liar’s dice, and five finger fillet. The fun thing about all these options is that they’re almost as good as the real thing, most especially blackjack. In fact, RDR’s blackjack feels just like you’re playing actual online blackjack and can pass off as the real thing.

Getting Read Dead Redemption 3 will be more than just another vicarious jump into the wild west. It’s going to be more immersive than ever.

Are We Getting RDR 3 Though?

With the recent release of Red Dead Redemption Online, and the consistent and regular stream of online content from Rockstar Games. While I am hopeful that RDR 3 will come, I am not holding my breath on the game coming out soon.

The sheer amount of processing power the next Red Dead Redemption title will really push the boundaries if Rockstar wants to up the ante so to speak. It is possible, however, that we may be getting Red Dead Redemption 3 once the PlayStation 5 hits the shelves later this year, with the high expectations when it comes to story-telling, immersion, and world-building that the previous two Red Dead Redemption titles had, the 3rd installment in the series will need all the firepower support it can get.