Theme Hospital is one of those games that I fell in love with when I was a kid. I experienced the PC version from a friend’s house and fell in love with it as I watched him play. The sardonic attitude towards healthcare and how uncaring hospital administers are really left a mark on me as a kid (yes, ever since then my humor was pretty dark) so among the “Theme” games out there, Theme Hospital was the one that lasted on my memory.

That’s why when I heard about Two Point Hospital I was ecstatic. Knowing that there were original Bullfrog (the developers of Theme Hospital) was part of Two Point Studio‘s development team I immediately pre-purchased on Steam.

And I was right, it not only retained the sound, feel, and overall gameplay from Theme Hospital, Two Point Hospital is the rightful soul successor for Theme Hospital.

For those unfamiliar with both games, Two Point Hospital (and in essence Theme Hospital) is a game where you are a hospital administrator in the county. You are tasked to make your hospital profitable by healing your patients. To get there, you need to create rooms, hire doctors, nurses, hospital administrators, and janitors to make sure everything works in tip-top shape. 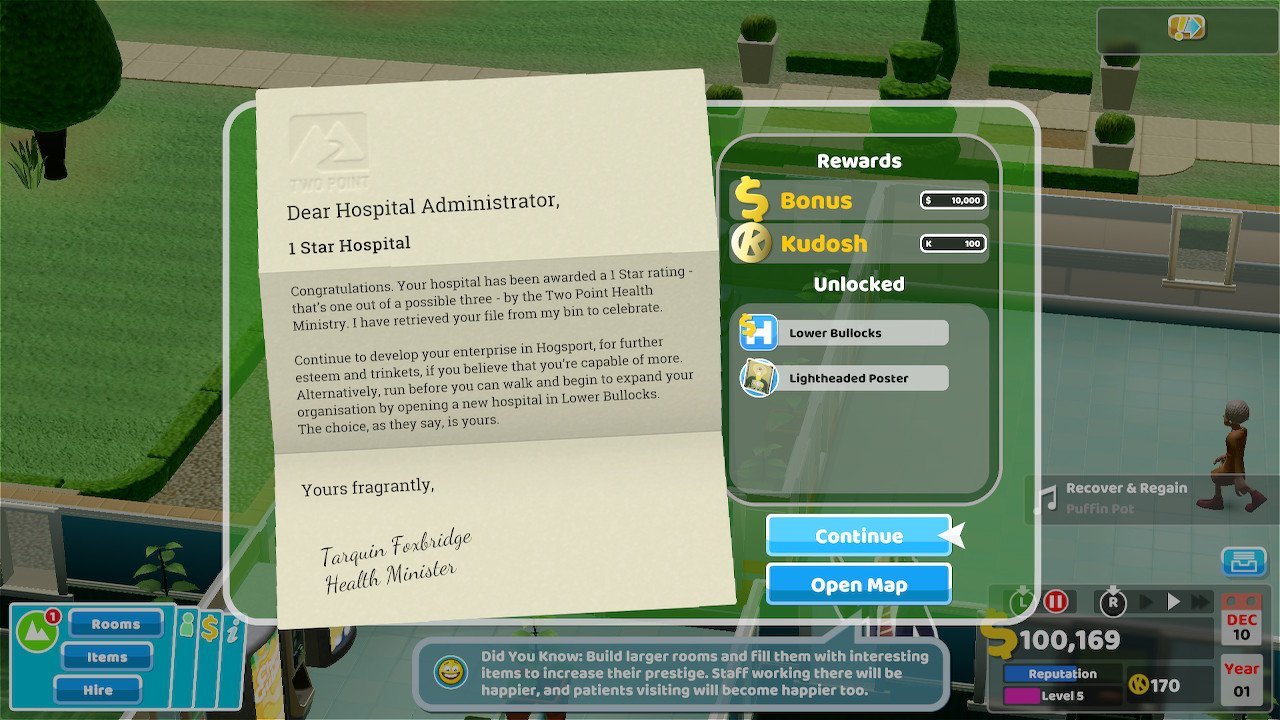 Yes, the goal for the hospital is to profit, and healing their patients is just their way of doing it.

From PC to Console

While totally unexpected (at least for me), Two Point Hospital got a PlayStation 4 and Nintendo Switch release. With me getting the Switch physical copy since I’m more of a Switch player than a PlayStation 4 one.

Like my experience with Theme Hospital on the first PlayStation, the game was ported properly on the Switch (and in essence the PlayStation 4). Controls are as smooth as it’s Steam counterpart, and a lot of Quality of Life additions for the controller was added to make not the game not only funny, but fun to play on the console. 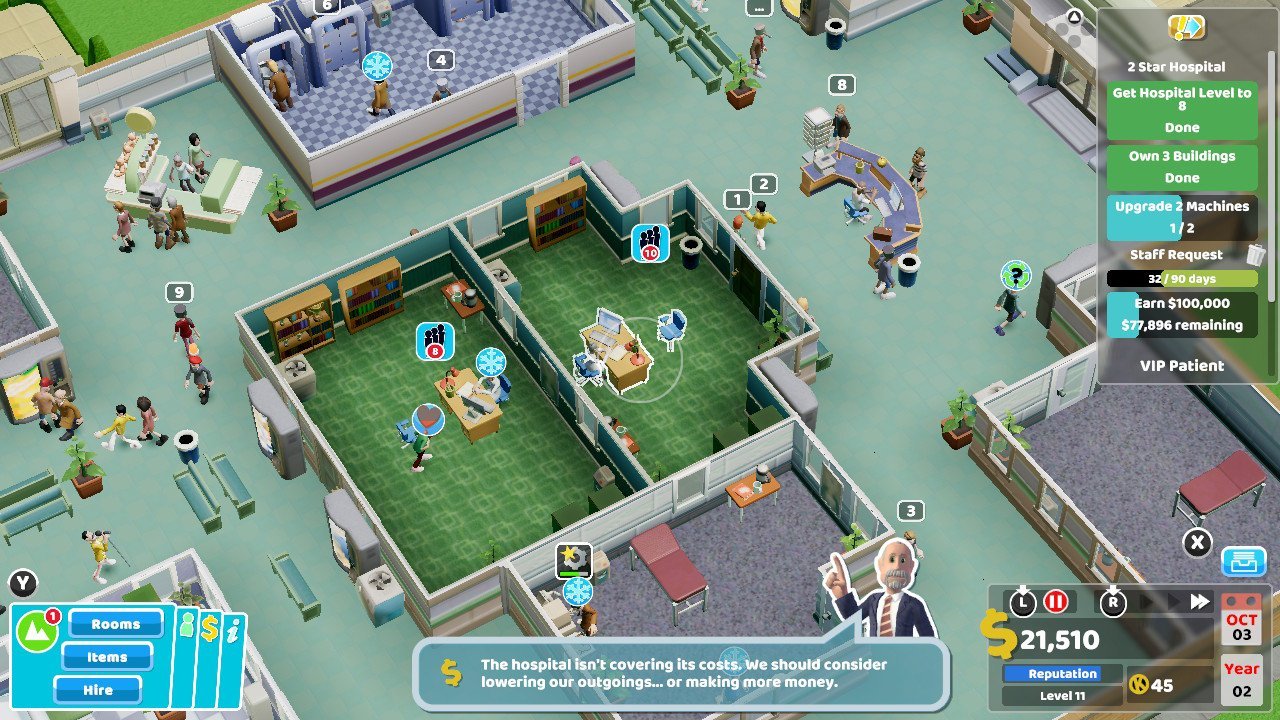 The console versions of Two Point Hospital also come with the game’s two DLC for free, Bigfoot and Pebberley Island. Both of which add an area to Two Point County where you have to face against new illnesses, challenges, rooms, and items. Currently, the PC version has around two DLCs out on top of Bigfoot, and Pebberley Island, which I hope would be released on the console versions as well.

I actually played the game on the Switch using a PlayStation 4 controller (confusing right), so at least I was able to get the feel of the PlayStation controls through this experience.

Moving on to the Switch version of Two Point Hospital, the port pretty much plays like it’s PC counterpart. Of course with the lack of a keyboard and mouse, controls needed to be more streamlined for the joycon (or any controller you are using in-game) and it works perfectly. The controls are very intuitive and you can easily browse through all the sub-features such as all the trackers in-game. With that said, however, I actually still needed a bit more time to get used to the controls since I’m used to playing the game on the PC. It did help that the intuitive controls made it faster for me to get used to the game. The added touchscreen feature for the Switch also made controlling room creation, moving items, and the like easier. 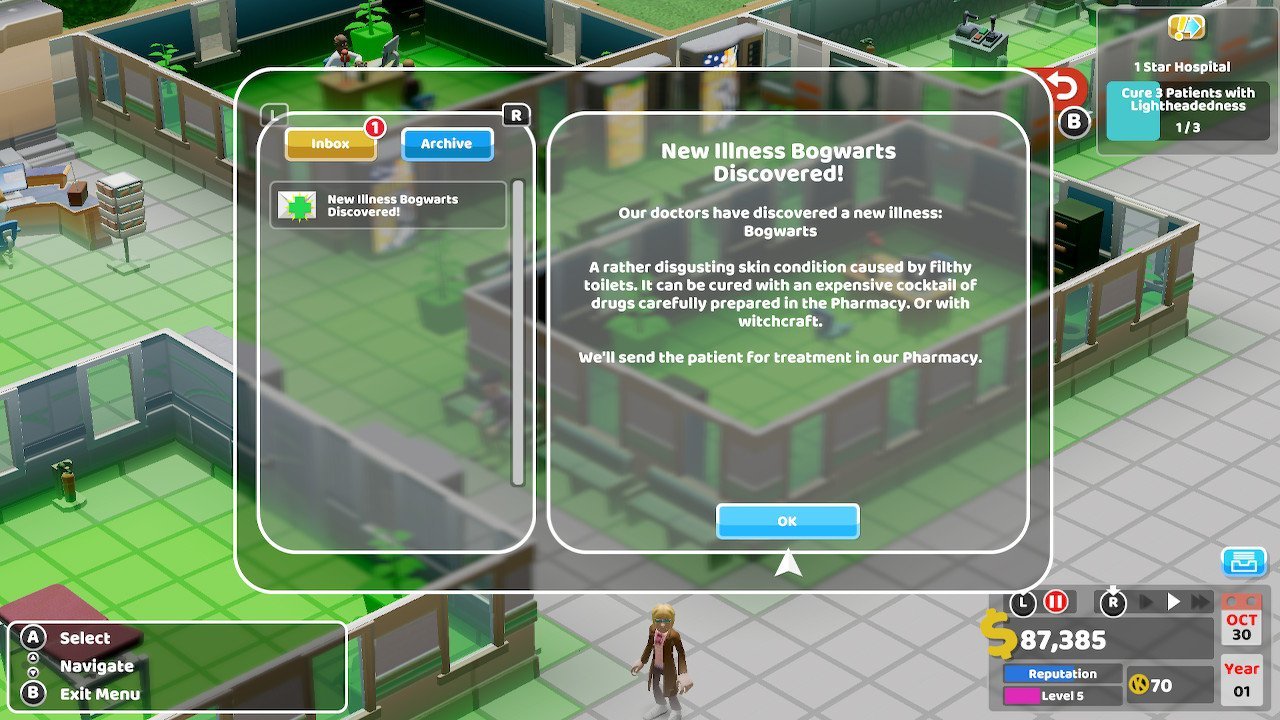 Two Point Hospital is a great game to play on the go and getting the Switch version of this game was one of the best decisions I have on a game purchase for the Switch. While I already have the PC version of TPH, I prefer playing it more on the Switch because of its portability. And I will most probably update my Switch version more than my PC just because of this fact.

Two Point Hospital is a good example of a game that pretty much ran with the ideas of it’s successful predecessor and added more bells and whistles to get into the times. The core gameplay was and still holds strong even up to now. What it really needed is an all-new coat of paint and updated references especially for today’s times. One good example is the switching of the Rockstar sickness from Elvis to Freddie Mercury. 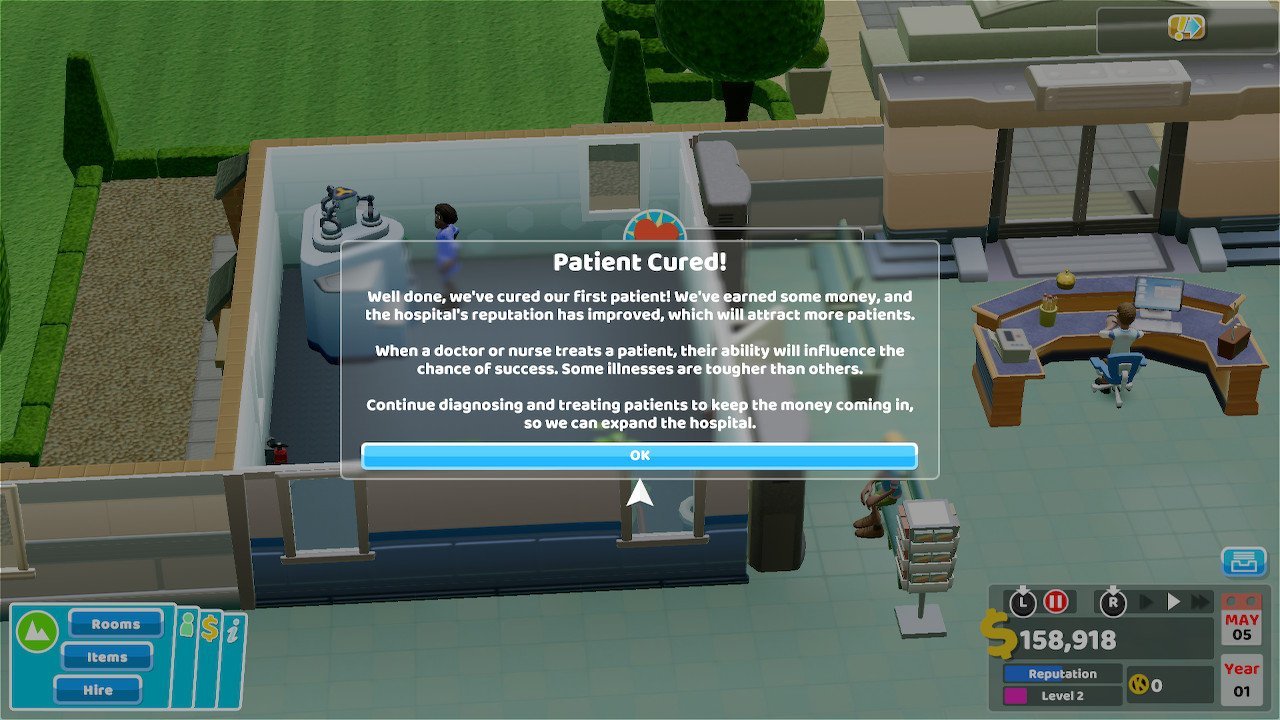 I do however miss the older sicknesses such as the slack-tongue and big head. I do hope they come back in some shape or form as the game updates with more DLCs.

Regardless of the version, you’ll be getting, Two Point Hospital is a fun, albeit quirky business simulation game that will tickle your funny bones. If you’re like me, a person who fell in love with Theme Hospital as a kid, you really should get Two Point Hospital, and now that the game came out on both PlayStation 4 and Nintendo Switch, you don’t have to worry if your PC can run the game as long as you either have either console. 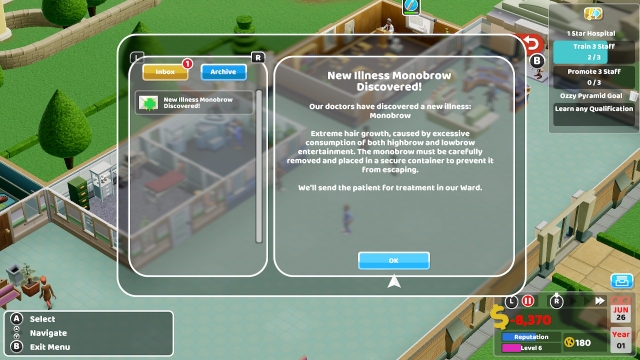 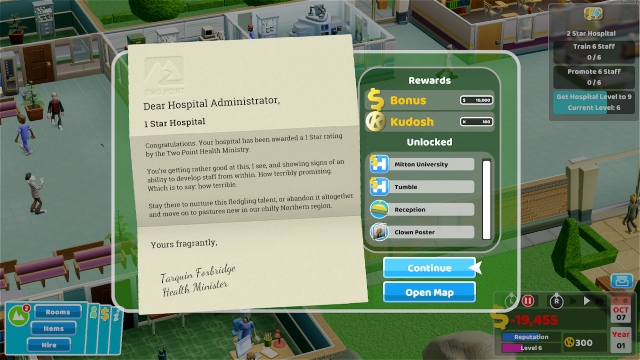 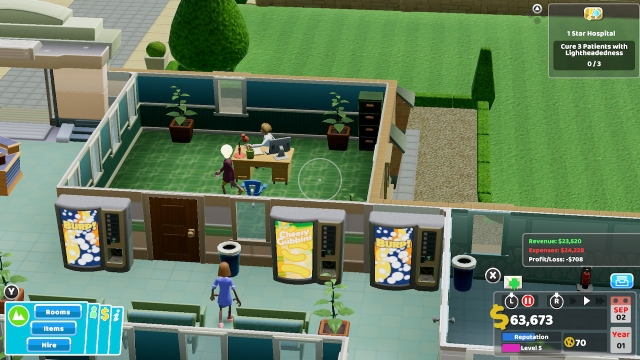 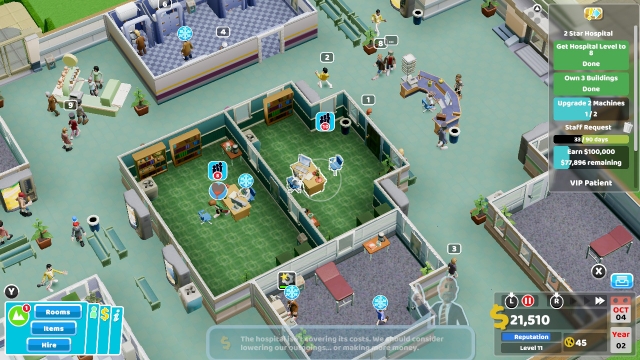