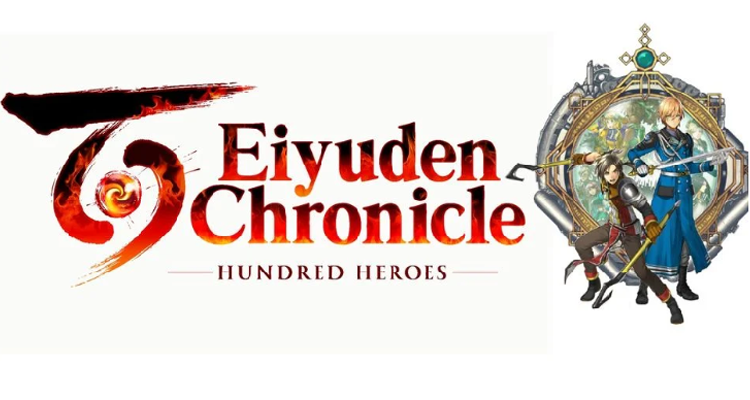 Why Am I Excited for Eiyuden Chronicle: Hundred Heroes

On July 28th (+8GMT), 2020 the Kickstarter Project for Eiyuden Chronicles: Hundred Heroes, was launched. Being developed by Rabbit & Bear Studios with Yoshitaka Murayama at the helm. So what is Eiyuden Chronicles and why are we writing about it? Simply put, it is the spiritual successor to the acclaimed Japanese RPG Suikoden series. Furthermore, Rabbit & Bear Studios is under Yoshitaka Murayama, who is the original creator and developer of Suikoden I-II (credited) as well as III (uncredited), which gives this project immense credibility and weight.

Looking at the other members of the Eiyuden development team, we have a couple of other significant names such as Motoi Sakuraba‘s (Tales of Series) participation as a composer as well as Michiko Naruke (Wild Arms 1-4). With these guys on board, I’m hoping for soul-stirring, iconic instrumentals and sound bites. The aesthetics, as can be seen, are clearly a throwback to Suikoden‘s original art styles, although polished and made for modern systems, which really strike a chord in me towards earlier gaming feel of epic adventure, drama, and shounen-esque fantasy.

Although considered to be somewhat of a niche genre in the RPG category, the strength of the franchise absolutely cannot be underestimated. This can be seen in the blazing Kickstarter project that has already achieved over $2.4M as of this writing. A 500% (more or less) funding is nothing to laugh at, much less when this happened over the period of a single day. Stretch goals have quickly been busted by this pace of funding. Clearly, the support for this Suikoden successor is very, very strong. The Suikoden revival groups are almost literally in an explosion of activity, and I believe this has spilled out to broader fandoms of JRPGs in general.

There is a good mesh displayed with the old school art styles and 3D rendered elements, bringing a new life to the JRPG aesthetic. Combat is a simple turn-based style, again aligning with a traditional JRPG system. There are no additional “innovative” mechanics unnecessarily shoehorned into things just for the sake of keeping things fresh. Which is, really, not the point of a traditionally-oriented JRPG anyway.

But the game itself doesn’t simply rest on its laurels of nostalgia of course, despite using a lot of classic thoughts. Utilizing modern capabilities, they’ve given a lot of depth to interactions with the setting, such as the Fortress Town system (reminiscent of the base building mechanic in Suikoden), and expansions to that system in the Guild system and Cafeteria system. It is all in all, a strong preview for this classic title (or spiritual successor) and I believe this is a major boost to the JRPG genre, which has recently gotten some great traction in some recent releases by some rival titles (FF, I’m looking at you).

So, why make an article at all about Eiyuden Chronicle at all? Being a long-time JRPG fan, having a new (old?) game made by veterans and masters of the genre is nothing else but amazing. Knowing how corporate needs can often stifle or crackdown on the creativity and systems of a game or product, having these people behind Eiyuden take their passion project to Kickstarter and knowing the quality of the material they can produce has me in relatively high hopes. Of course, the business end of this project is still a huge reality in making the game take off, so every yen or dollar behind this project will help to buffer things so they can successfully make a masterpiece in this new age.

But if you’re still not quite convinced, then why don’t you take a look at the artwork, videos, and other media material available on the Kickstarter page for Eiyuden itself, right here. Hope to see you in the Eiyuden Discord, friend!