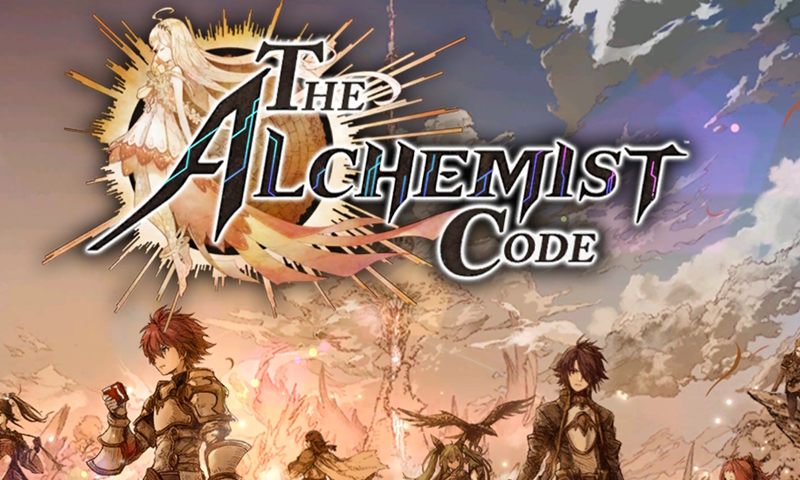 The Alchemist Code is yet another strategy game by Gumi inc. If you’ve played games like Disgaea, or Final Fantasy Tactics, you may like this game. In the game we are introduced to 3 characters, Logi, Dias, and Agatha. after a few brief instances of talking, the game dumps you into a fight to act as the tutorial of the game. The fight ends with the death of Agatha, after which players are treated to a cinematic that introduces the 3 characters along with possible new characters you can acquire. 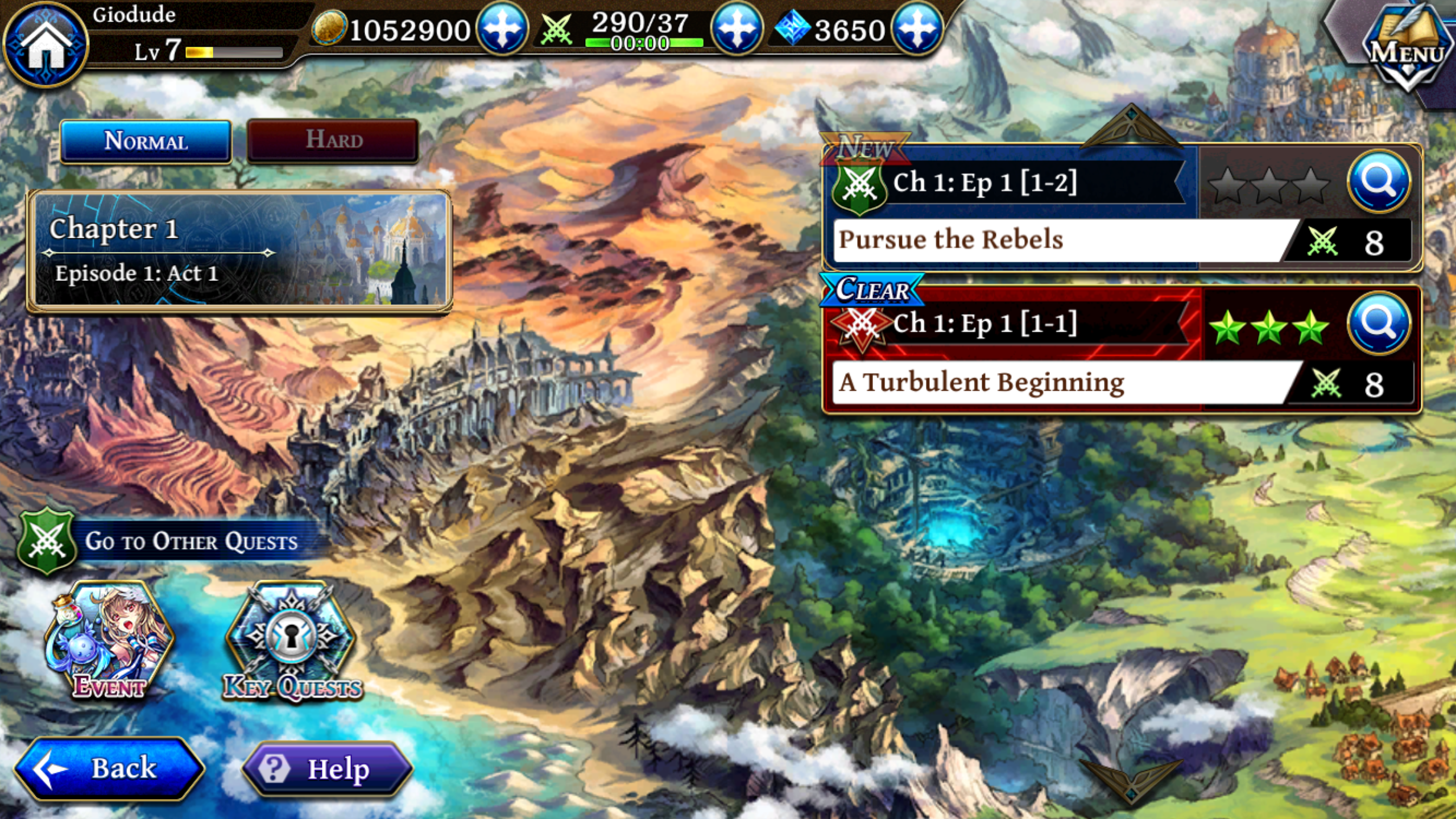 Like I mentioned above the battle system in this game is reminiscent of Final Fantasy Tactics or Disgaea. Players control their own team of soldiers, whether its mages, rangers, engineers, or swordsmen. Players can move them around the map according to their stats, so some may be quicker, some more tanky, others just more powerful. The game progresses through chapters where each time there is a goal, usually its to defeat all the enemies. Apart from enemies, there are also chests for the players to open, which provide materials and other things for players to use.

The game uses an anime art style on a 3d environment. Each character is very distinct, and easily distinguishable. on the battle screen they also show the turn order in which characters will act, as well as showing the different element weaknesses too. 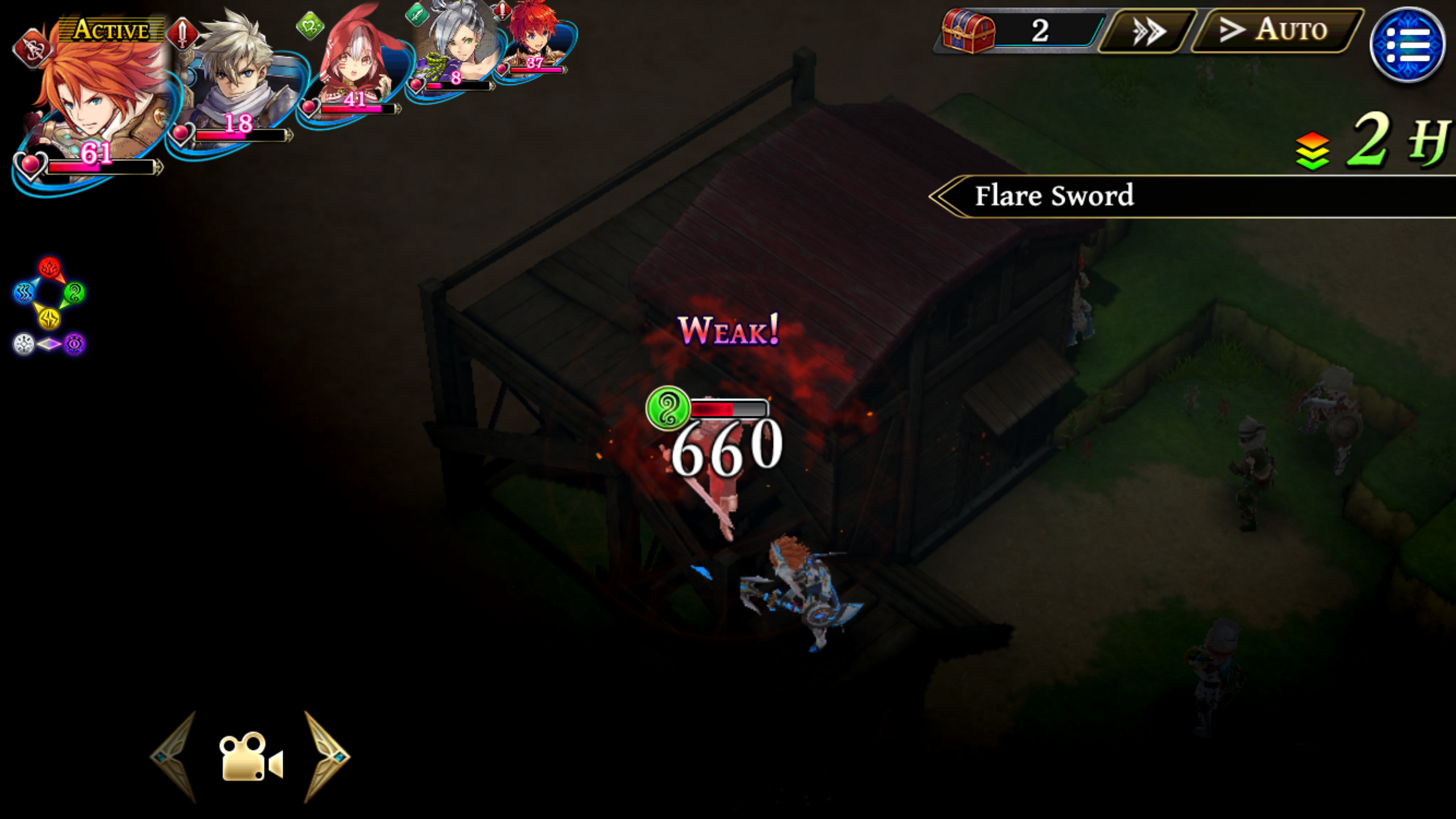 I love the music used in the game, and actually think they’re one of the better ones I’ve seen in the game. Despite the game being in English text, I’m a fan of the Japanese voices they used, and I usually like to keep my phone’s audio output at 0 to conserve energy.

The game has awesome gameplay, with players being able to take advantage of elements, as well as positioning and where a unit is facing, it offers a lot of depth. Pairing that with the 3D graphics, and the animation of the special moves, This makes me want to see more of what the other characters can do.