Crystal of Re:union, Gumi inc.‘s new mobile Strategy game. In this game players are rulers of a kingdom, and with the help of 1 of 6 heroes will build up their kingdom, from farms to armies. 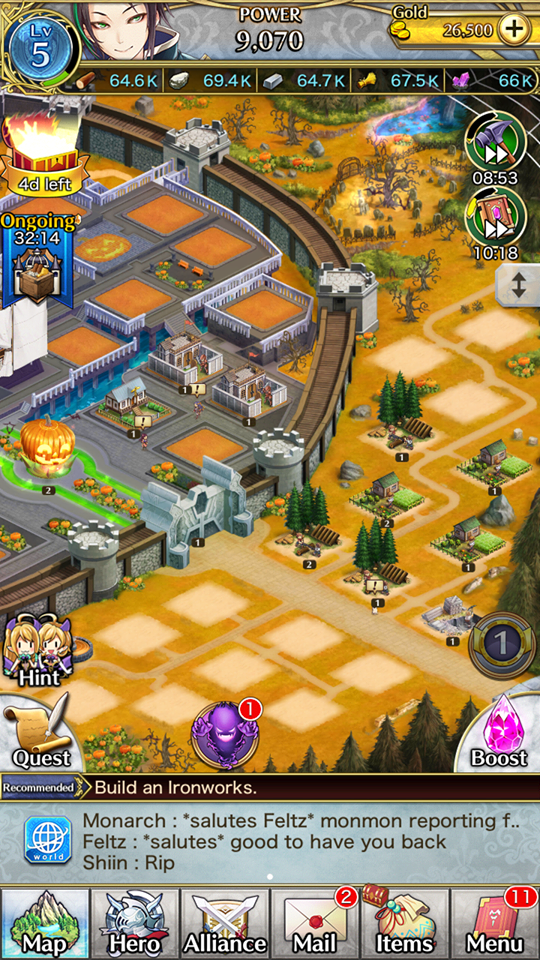 As I mentioned, the game starts with players choosing their own respective heroes from the 6 provided. Each hero will help you run your kingdom, with helping you build faster, harvest faster, or even your combat ability when you fight monsters, and other kingdoms. How they help players with building up their kingdom is, as they level up they give you skill points for you to distribute to either harvest more wood or food, or making your army move faster across the maps.

Apart from them each kingdom also has their own Crystal, that is used to upgrade the facilities of the kingdom. the game in a way lets players design their kingdom as well, letting players decide where to place buildings, like placing farms, and other resource harvesting buildings outside the wall, while you can, place blacksmiths, military academies, and even magic schools to help boost your combat prowess.

The game also lets players look outside their kingdom where they can issue their army, and hero to harvest from nearby towns, fight monsters, and of course other kingdoms. With the right strategy you can even form alliances with other kingdoms to defeat these monsters, or maybe bullies who pick on the weaker kingdoms. 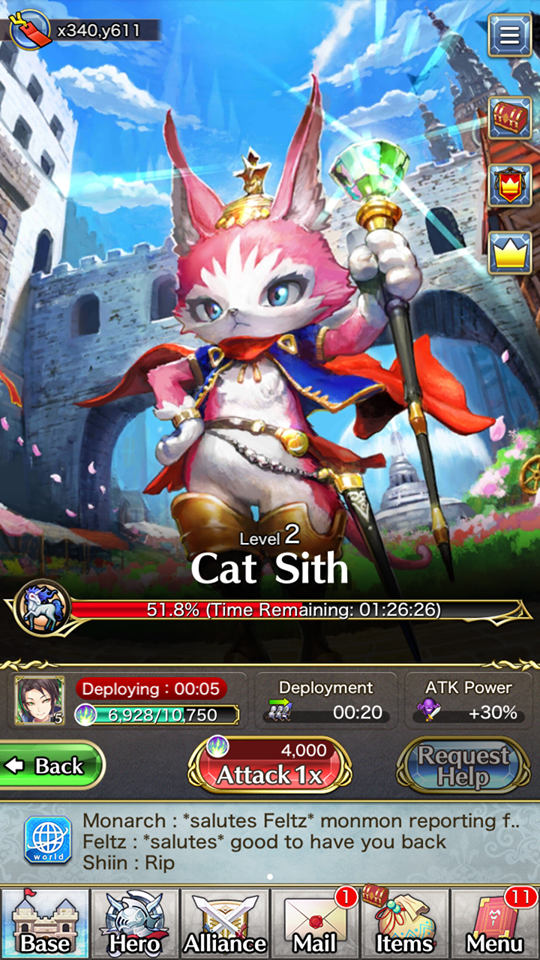 The game sports a 2D art style reminiscent of old real time strategy games, with a Japanese anime feel. They also provided artwork for the people of your kingdom as well which I think helps with the immersion and feel that you are in fact running a kingdom. The monsters as well are a pleasant sight, there are the cutesy monsters along with the scary terrifyingly scary looking monsters. 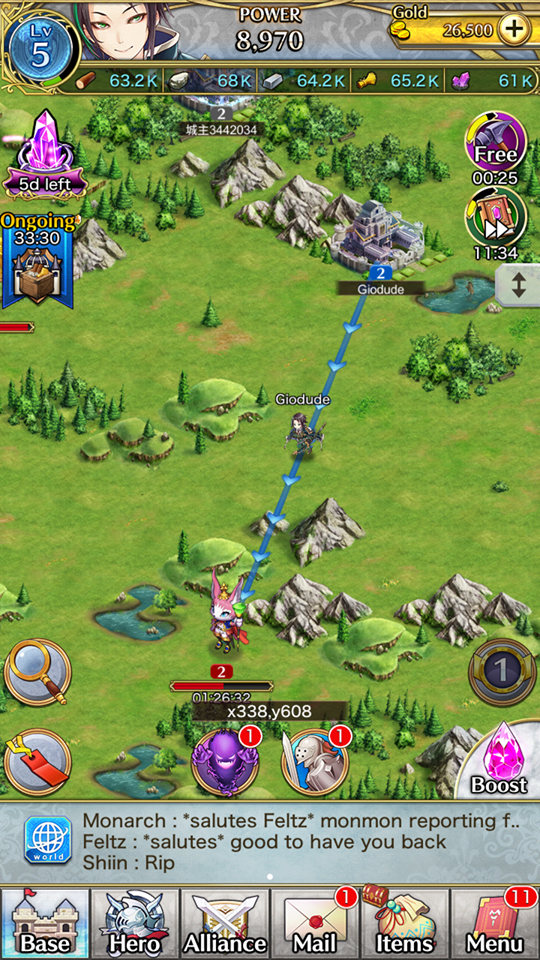 The music I feel was very appropriate in the sense that it gave me the feeling of this game being set in the fantasy world, which it is. You have the happy music in the kingdom, and the music for combat, despite the combat being pretty quick.

The game offers a lot of depth, which is essential for strategy games. Players can build up their hero and kingdom however they want to. Do you want to build a resources kingdom? no problem. do you just want to fight? they allow that as well, or maybe you just want to hunt monsters? The game offers so much for different types of players, which is great for reaching out, not just to your current fan base but for new players to the genre. I also really love the fact that you can also talk to your citizens, which increases their respect towards you, giving a feeling that you cant just build kingdoms but need to focus on the people as well. I would have liked to choose where my kingdom is setup rather than be situated near players I don’t know. Though depth and choices can make for a great game, sometimes it could be too much, this for me is one of those instances where it is.