It’s been a couple of weeks since release, but it’s still a bit hard to believe that Streets of Rage 4 exists. Outside of the occasional re-release on a Sega Genesis/Mega Drive collection, Sega hasn’t been doing much with the property. So imagine our surprise, and of course, corresponding hype, when Streets of Rage 4 was announced in 2018. The past two years waiting for the game weren’t easy, either, what with the burning question of whether it would be able to live up to the series’ legacy regularly crossing fans’ minds.

So did it? I’ll let this Penny Arcade comic answer that. 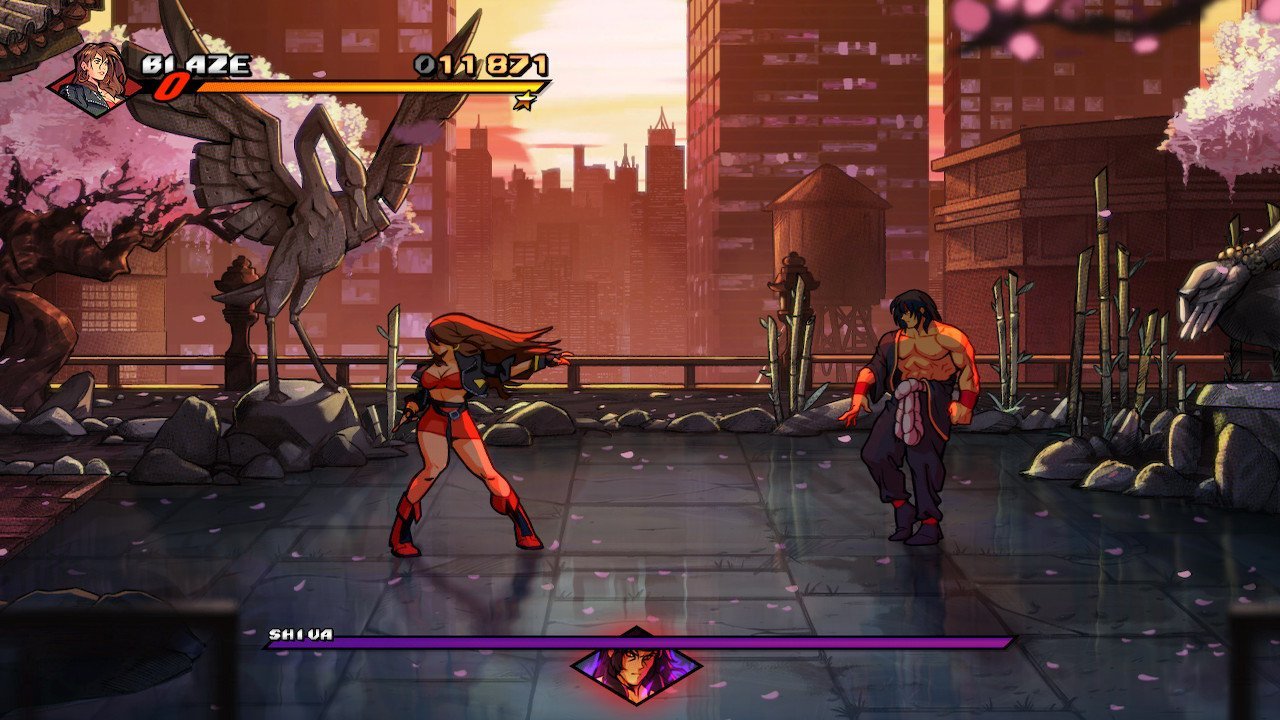 Back in the ‘90s, the Streets of Rage series managed to stand out in a sea of side scrolling beat-’em-ups by sheer force of its simple yet highly polished gameplay and now-legendary soundtrack. And despite the genre being an arcade staple, Streets of Rage managed to carve out its own niche on the Genesis/Mega Drive, establishing itself as a hot Sega property in the early half of that decade. However, times and tastes changed, and while there were attempts to bring it into the third dimension during the 5th generation of consoles, none of those saw the light of day. 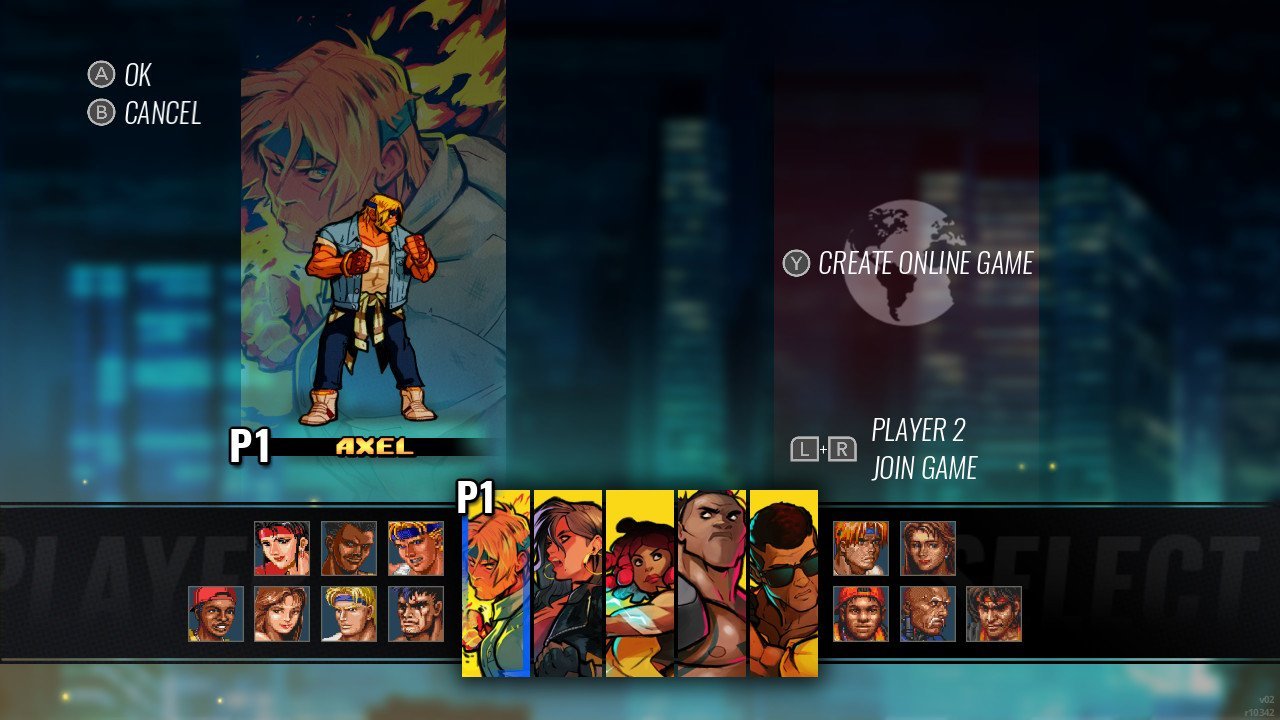 Enter DotEmu, Lizardcube, and Guard Crush Games, the trio responsible for Streets of Rage 4. Between them is years of experience developing, reviving, and publishing either retro or retro-style games for modern hardware. Thanks to that combined pedigree, we now have what is easily one of the best and most satisfying beat ‘em ups in recent memory.

Streets of Rage 4 doesn’t shake up the core formula much. Pick a character, travel to the other end of a series of stages, and lay waste to anyone or anything that stands in your way with an assortment of attacks ranging from melee strikes, holds, and screen-clearing supers. On the surface, it really doesn’t look like much has changed, but it’s under the hood where things get really interesting. 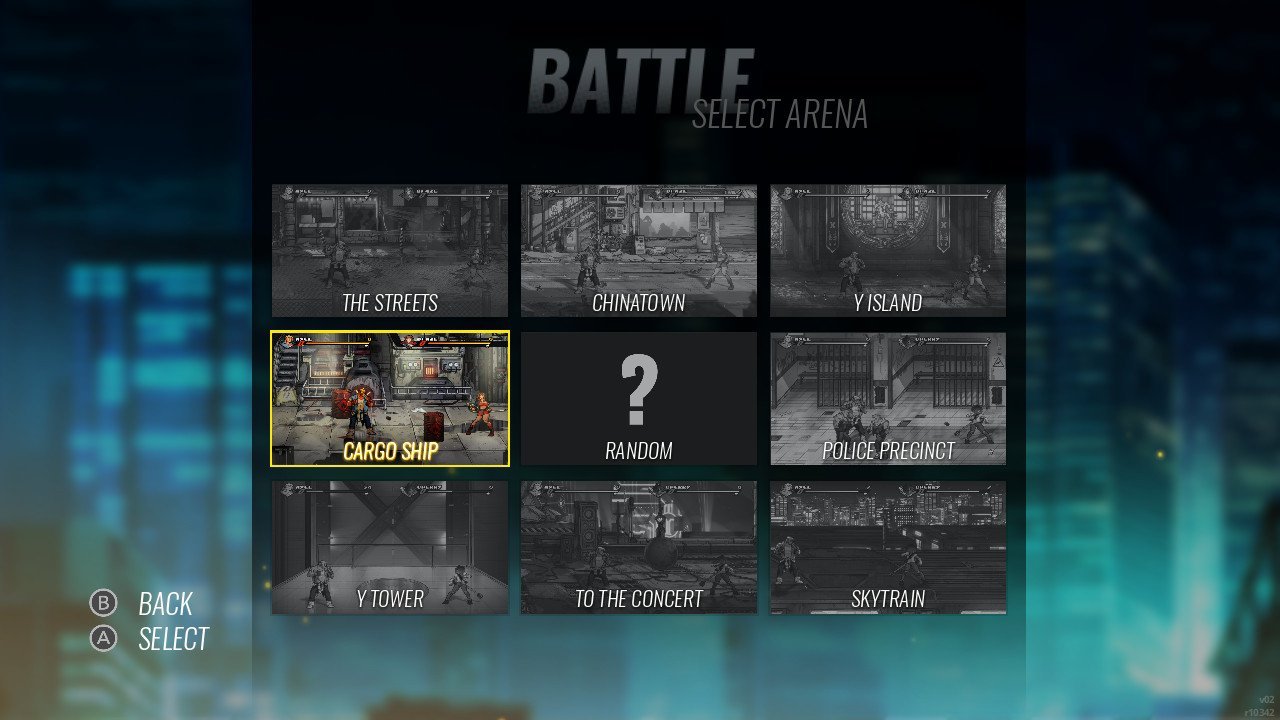 Keeping with series tradition, mainstays Axel Stone and Blaze Fielding are back, albeit older and more grizzled, especially Axel. They’re joined by newcomers Floyd Iraia and Cherry Hunter, daughter of Adam Hunter from the first game, as the requisite heavy hitter and speedster in this installment. Adam himself makes a triumphant return as the first of many unlockable characters you’ll encounter in your time with this title. On the surface, while Floyd and Cherry do play into archetypes we’ve seen in earlier games, they come with some fun new twists on their respective play styles. Floyd, while expectedly strong with dismal walk speed, makes up in this department with specials that can either close the distance or have relatively generous hitboxes. Cherry, on the other hand, has a relatively low damage output that is easily overcome by her ridiculous combo potential. Axel, Blaze, and Adam fall into that middle ground of being beginner-friendly characters balanced between speed and power that still come with their own unique properties.

Combos are a major component of Streets of Rage 4’s combat this time around. Keeping your combo count high naturally leads to larger stacks of points, as 8000 will net you an extra life every time you hit it. You’ll do this by launching enemies into each other. bouncing them off of floors and walls, and using a combination of your characters’ respective specials. There’s an incredible feeling of satisfaction in clearing crowds of thugs with a combo counter that reaches into triple digits, all while avoiding damage. Back in Streets of Rage 2 and 3, special attacks drained a small amount of health for each successful use, and the same applies here in 4. However, you can regain that small amount of lost health this time around by dealing damage. The game even adds a neat little audio cue to clue you in on when you’ve earned it back. The combo system is robust and incredibly fun, with lots of room for experimentation. A cursory YouTube search will bring up a wealth of combo video results as of this writing. In fact, fighting game pros such as Justin Wong have uploaded material as early as a little over a week since Streets of Rage 4’s release. 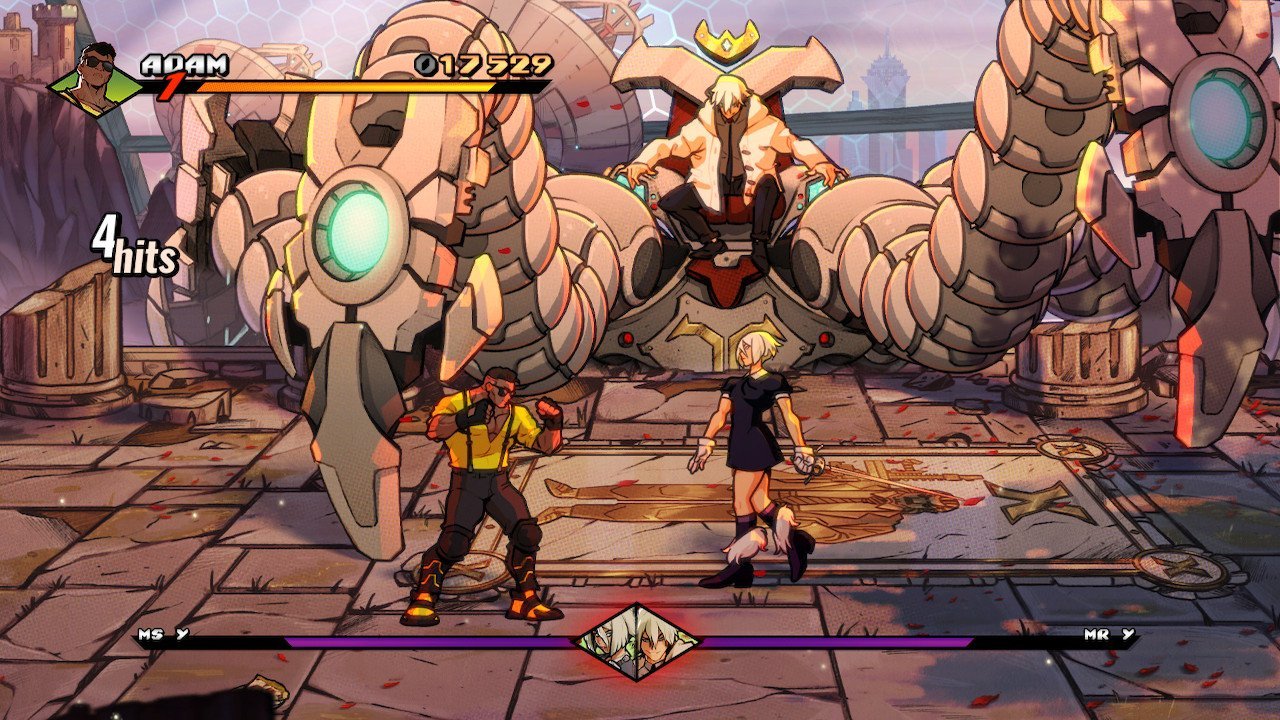 Beat ‘em ups are naturally more fun with friends, and Streets of Rage 4 offers both offline and online cooperative play with up to four players locally and two online. It’s pretty baffling that we couldn’t have four players across both forms of co-op. We’re hoping this gets added as a patch later on, among other things. Rounding out Streets of Rage 4’s modes are 1v1 Versus and Arcade modes, with the latter simulating a 1-credit run through the game with a single pool of lives for your entire playthrough. This means you’ll have to finish all 12 stages in one sitting, unless you’re on the Switch version, which you can easily pause using sleep mode.

The points you rack up along the way don’t just net you extra lives, they all add up in a lifetime tally which slowly fills up as you play various modes, unlocking additional characters along the way. In this day and age of paid unlocks, Streets of Rage 4 keeps it old school by tying extra content to your progression, which is always a good thing. The unlocks themselves are a letter to the series’ history in the form of characters from previous games in all their 16-bit pixelated glory. These roster additions not only play faithfully to their source versions, they also come with their own hit sounds and a few adjustments to fit the new combo system. Do take note, however, that their screen clearing Star Moves are implemented differently based on the game they’re from. This unlock system greatly extends the game’s longevity on top of the multiple difficulty modes, and you’ll need multiple playthroughs to acquire the full roster. 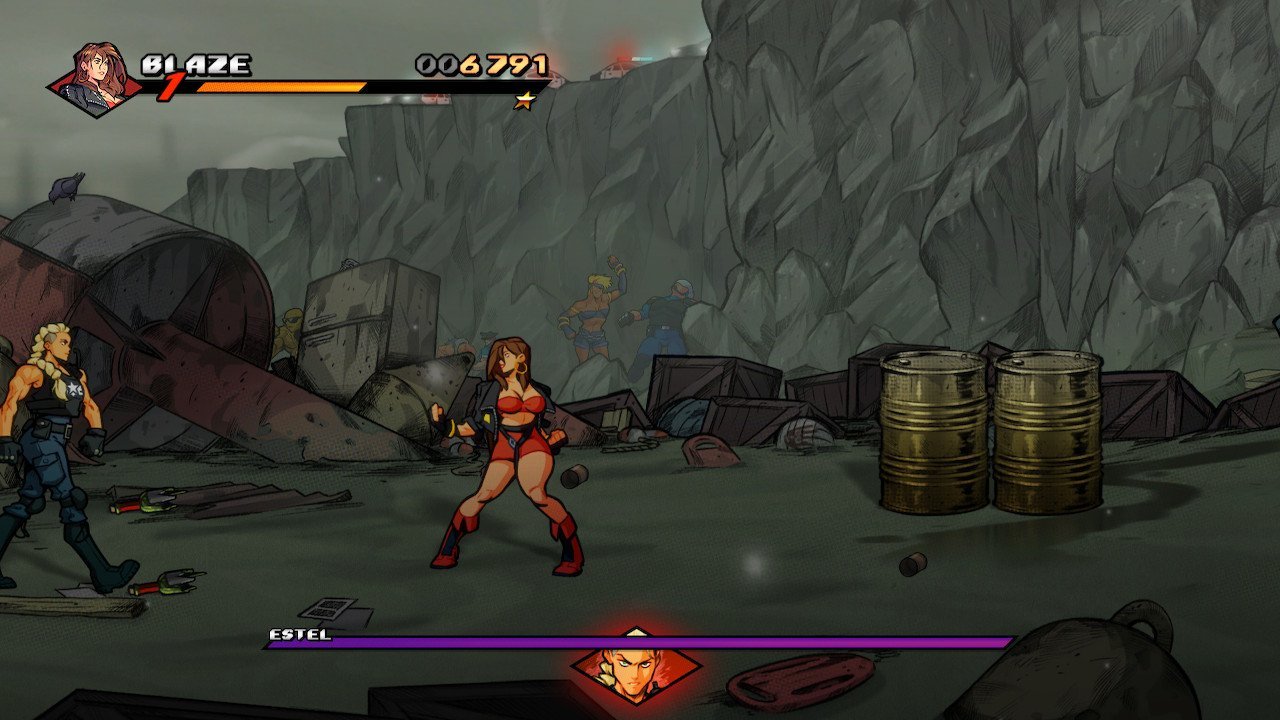 Of course, we can’t let this review go by without mentioning Streets of Rage 4’s presentation. When it was first announced, the brand new hand drawn art style took a little getting used to, but quickly grew on us as we saw more of the game in action. Playable characters, enemies, and bosses are animated with loving detail right down to how clothes and hair bob during idle stances. Attacks have a delicious amount of weight and power behind them, and it all lends to that rush as you rack up more and more hits on your combo counter. The overall look of Streets of Rage 4 maintains a level of grit from its predecessor all while being a vivid splash of color in its own right. Where the visuals fall a bit short is in its story sequences, which are presented in static, comic book-style panels accompanied by text. They’re still pretty impressive on their own, but when put next to the animated intro, large parts of which also served as the game’s announcement trailer, they pale in comparison. It’s just a tiny nitpick in the larger scheme of things and doesn’t in any way detract from the overall experience.

Streets of Rage won’t be what it is without its soundtrack, and the 4th installment delivers. French composer Olivier Deriviere takes the lead this time around, alongside a small posse of composers with series pioneers Yuzo Koshiro and Motohiro Kawashima also making some solid contributions to the score. Street Fighter II, Kingdom Hearts, and Final Fantasy composer Yoko Shimomura also appears here, so by now you probably have an idea of where a good chunk of their budget went. Koshiro, Kawashima, and Shimomura’s recognizable stylings easily stand out here. Deriviere and the rest, not to be outdone, round out the rest of the soundtrack with tracks that help set the mood and drive the action along. All of it, save for one bonus track is up on Spotify for your listening pleasure, and is easily one of the best OSTs to come out this year. If after all that, you feel the need to revisit the soundscapes of previous games, there’s an option to replace the default soundtrack with a selection of songs from earlier in the series.

There’s a clear sense of reverence in every facet of Streets of Rage 4.  The folks over at Lizardcube and Guard Crush clearly knew what they were doing when bringing this long-dormant series from relative obscurity. And while we wish they could’ve done just a little more to really take this title further, we already have a complete package which serves as both a love letter to the series and a window to a genre which has largely fallen by the wayside in the current gaming landscape. To close this out on a personal note, I’d definitely like to see this formula applied to another property — something involving sewer-dwelling, pizza-loving reptiles, if you catch my drift. 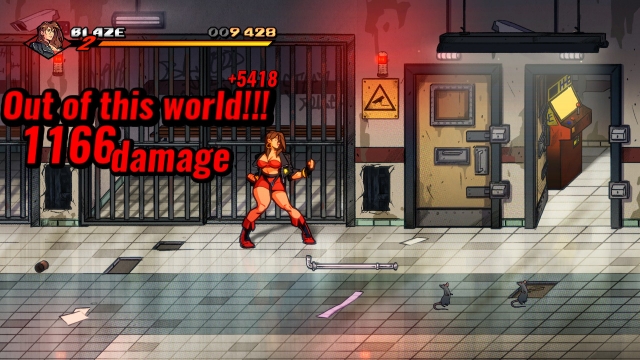 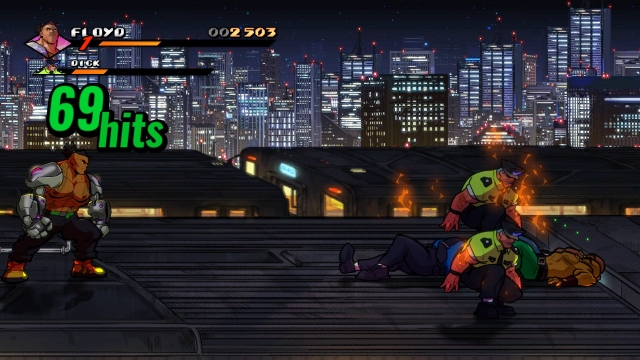 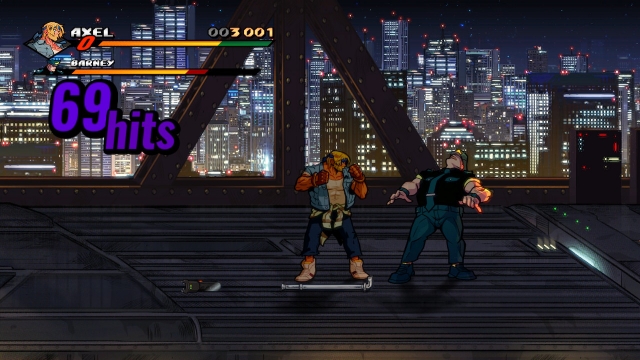 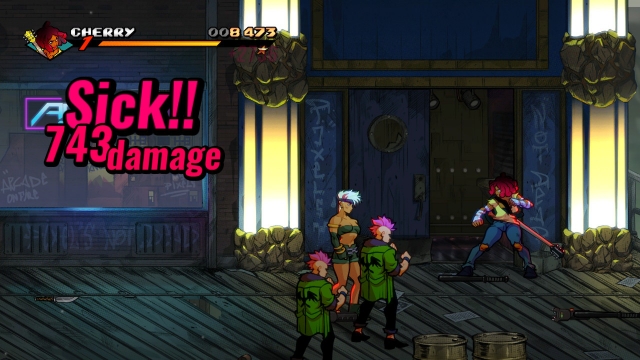 You can still get the game on the Nintendo eshop.