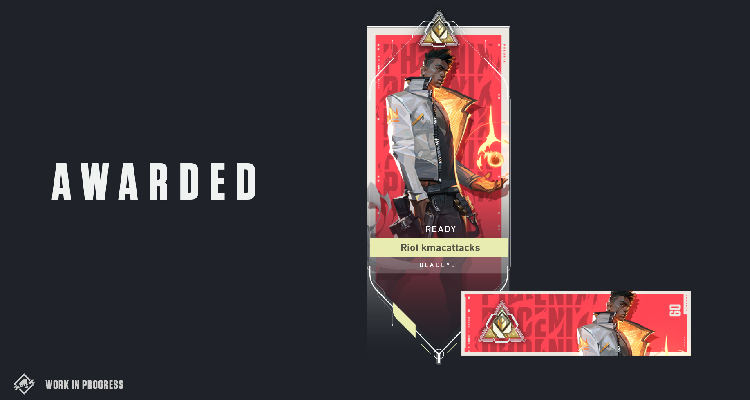 Time to farm that battle pass before the act ends

With Riot Games‘ shooter well on its way on becoming one of the most played games in recent memory, Valorant will be getting rank and competitive changes once Act II comes in.

So with the act ending in two days (as of this post) here’s what Riot Games will do moving forward to Act II:

We’re getting Act Ranks starting from Act II onwards. This means that your 9 best-ranked wins and how many wins you won during the act will be your Act Rank. This means that if you peaked at Diamond but drop down to Gold, the servers will remember your games based on that so at least your Act Rank won’t be as terrible as what you’ve experienced.

As you play, your Act Rank fills with smaller triangles. Each triangle represents your ranked match wins (Gold, Immortal, etc.) over the course of an Act based on the rank you entered the game with (hence your rank for that match).

Wins at higher ranks visually replace your lowest wins to display the best of your Competitive games. For example, more wins at Radiant will push out your earliest wins at Bronze (very aspirational!).

Starting in Act II, your friends will be able to inspect your Match History, including both your rank and overall Act Rank progress. 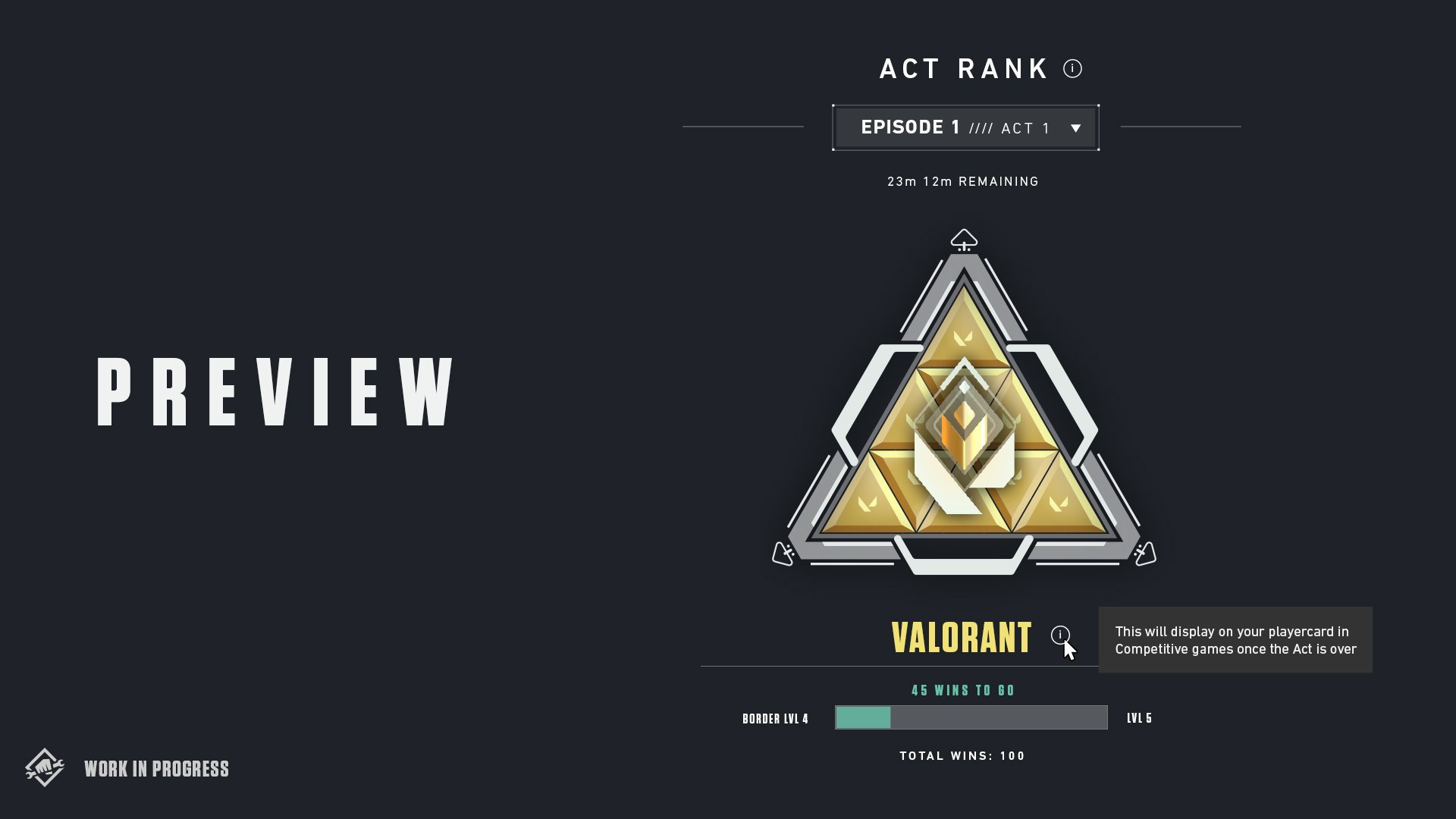 You can view your progress toward your Act Rank Badge anytime in the career page.

Your Act Rank Badge shows off your proven skill (best-ranked match wins) for that Act. This is based on your top nine ranked wins. Remember, you will have to prove your skill at that rank if you want to finalize it as your Act Rank.

For Act I, we’ve decided to not award an Act Rank Badge because we figure you want to know what you’re getting into before commemorating it with a badge. Again, for Act II, you’ll be able to earn that Act Rank Badge, which memorializes your Act II competitive skill and will display on your player card during Act III Competitive games.

While we always plan to allow you to view your prior Act Rank progress in your Career Tab, your Act Rank Badge will represent your latest Act Rank and proven skill, so other players have a good indication of how you’ve been playing in the past two months.

With each Valorant Act, we plan to deliver a host of fresh content as well as balance changes. As the game evolves, we want to give both new and returning players an opportunity to jump back in and see how their skills stack up in the new Act.

Here’s what happens at the end of an Act for Competitive:

As far as things go it seems like Riot Games is as usual open to hearing feedbacks and thoughts on the imrpovements from us. And it seems like RIot will also share another update regarding the whole competitive experience. They have empahsized on improving transparency with clarity on our rank changes as they improve on the system. So let’s see what happens when Act I ends and Act II rolls in.