This upcoming title will have the three riders will be released on October 2020. Memory of Heroez will be the very first Kamen Rider Hero Chain Action for the console. The announcement also mentions that there will be time-limited Prime Sound Edition.

In a new and tumultuous world of chaos, will the Kamen Riders be able to restore order as it was before? Find out on Kamen Rider: Memory of Heroez – coming 29 October 2020 for PlayStation 4 and Nintendo Switch. Learn more here: https://bnent.asia/KRMOHPR

The game is pretty much a 3D Action adventure will have Kamen Rider W, OOO, and Zero-One.

Here’s the list of bonuses that Bandai Namco Entertainment Asia has announced: 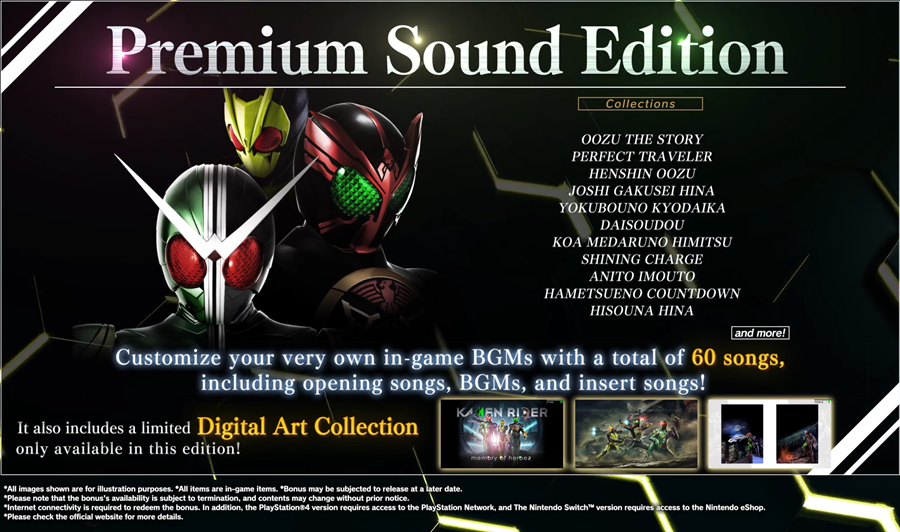 You can check out the site here to know more about the game.