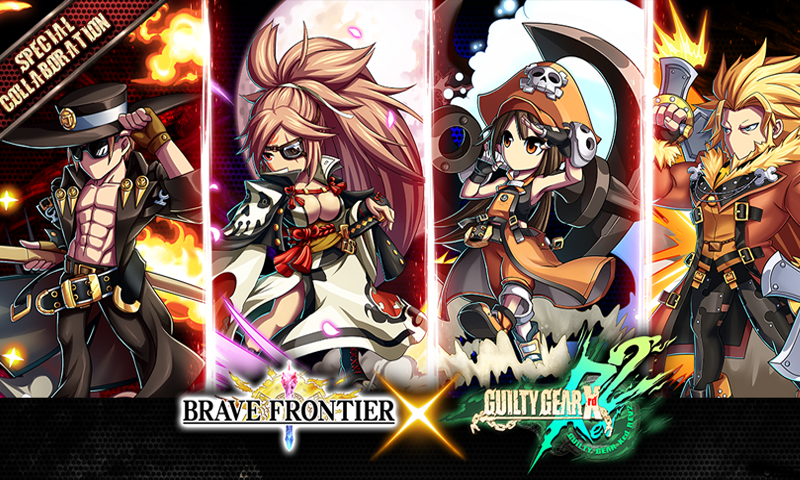 Fans of Brave Frontier and Guilty Gear Xrd REV 2 will enjoy the collaboration for the mobile game (Gumi Inc. and Arc System Works) as a celebration for Brave Frontier’s 4th anniversary.

From November 8 – December 6, 2017 players can get Guilty Gear characters Baiken, Leo Whitefang, May and Johnny will be joining the fray alongside returning collaboration units like Milia, Dizzy, Jack-O’ and Ramlethal.

They can also clear Collaboration Dungeons “Neo New York” and “Royal Court” to get Sol and Ky (Exclusive Guilty Gear Omni Units). Those who are able to prove their mettle and clear the “Neo New York Again” dungeon can acquire Junkyard Dog – Sol’s Summoner Avatar weapon!

Rift Tokens can be exchanged for high value items (such as the much anticipated Omni Tridon) at the Rift Bazaar. The Top 1,000 ranked players will get extra rewards, including an exclusive Collaboration Sphere.

Another additional dungeon included to the update is the “The Magnum Wedding” dungeon are Sol, Ky, Millia, Dizzy, Jack-O and Ramlethal and Elphelt will make a special appearance from November 16 – 29, 2017. 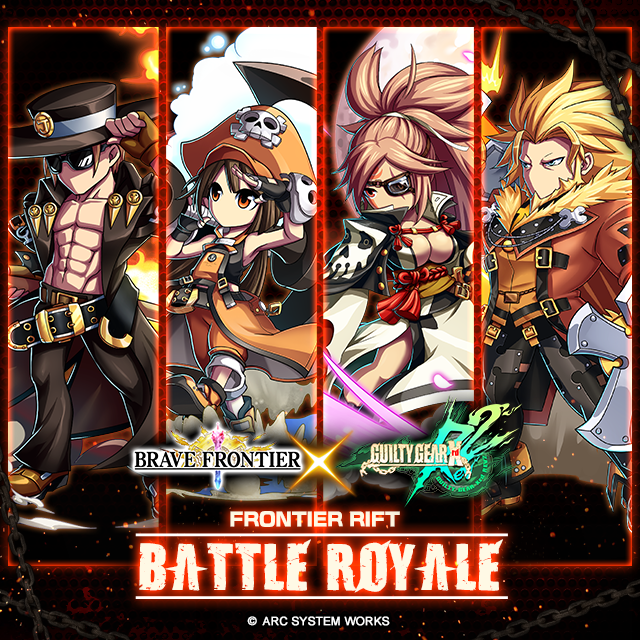 On top of the current running anniversary login campaign, log in for 7 days during the collaboration period to enjoy exciting rewards, including up to 5 Gems and 1 Summon Ticket. Players can also receive additional rewards of up to 20 Imps, 10 Elementum Tomes and 1 Summon Ticket by meeting the Milestone Target Scores of “Battle Royale” Frontier Rift. 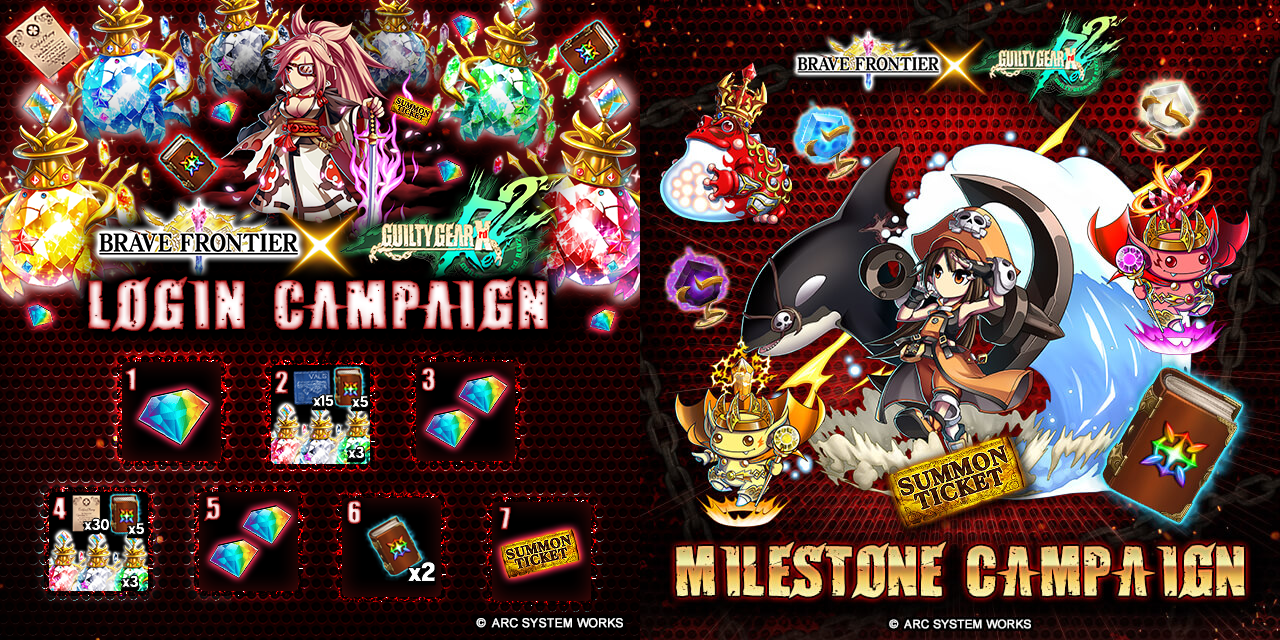 You can check out more about the collaboration here.