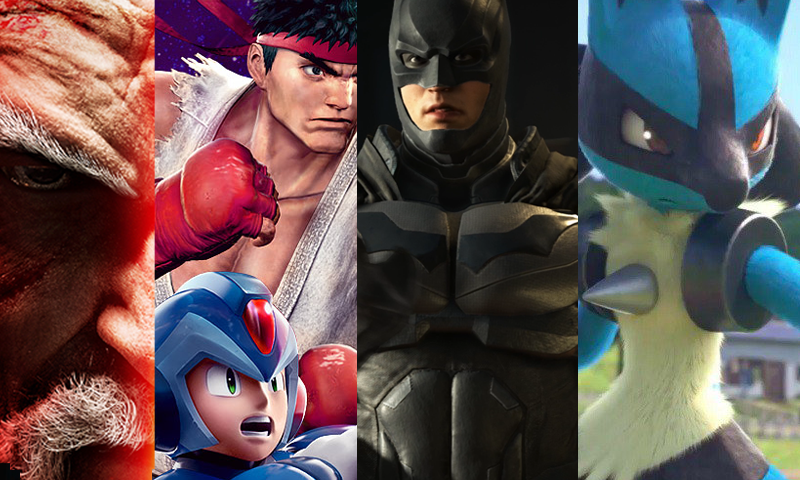 Fighting Games You Have to Get Into This 2017

Fighting games have been making quite the comeback this year, with major titles being released left and right. And the selection’s looking bolder than ever as 2017 draws to a close. Prepare yourself for the quintessential gaming experience by turning your friendships into long-lasting competitive rivalries with
these fighting game must-haves.

Anybody who has ever touched a console or been to an arcade in the last 20 years will know what Tekken is. It has been a long-standing franchise due to its crazy storyline, great competitive play, a huge cast of colorful brawlers, and – most importantly – it’s low entry level despite it having a complex system – making it a popular choice for casuals, newcomers, and veterans alike.

Tekken 7 is the ninth installment in the series, and it’s the best one yet, revolutionizing the way 3D games are played by borrowing mechanics from 2D games (as well as beautifully translating popular 2D fighters as guests).

This is one of the few games where I’d be okay even if the internet goes out and I couldn’t play online, as I can happily grinding through Treasure Battle or simply just discovering things in the lab already takes up most of my game time. There have been complaints as how the series never had a comprehensive tutorial or trials mode, but I firmly believe one of the best things Tekken has to offer is in the joy and pride of discovery of things worked or connected by yourself.

Despite its major initial backlash for being a “downgrade” from its previous iconic iteration Ultimate Marvel Vs Capcom 3, Infinite is looking to be a solid entry into the VS franchise by going back to basics. Just as Tekken 7 borrows some mechanics from Street Fighter and such, MVCI borrows the Tag Assault mechanic popularized in Tekken Tag 2 and was later reused in Street Fighter X Tekken.

Despite it looking less flashier and dropping the series’ iconic Assist system, MVCI delivers a complex combo system that allows for endless possibilities. I personally still feel awkward about its Soul Calibur 4-esque slugfest feels and a little disappointed in its lack of content and unpolished aesthetics compared to previous titles, and Capcom’s seeming dependency on micro transactions to fix things, but there’s no denying that the game is still a massively fun venue for combo creativity and competition.

Plus, the lore is the cheesiest, campiest comic book wonder ever, which is a huge plus for me.

One of the finest fighting games to come out this year, if not the best. This is comic book adaptation done right. The comprehensive solo campaign makes things even better, pumping out a more convincing story than any films in the fumbling DC Cinematic Universe. Comic book fans will find so much to love here, from the superb selection of characters to the backstories to the unique clash conversations.

I initially had qualms over how the combo system actually only follows a rigid path, leaving not that much room for creativity as far as juggles are concerned, but Injustice 2 has brought out a lot more out of each characters’ quirks in their fighting style compared to the first game, that now, it’s always exciting to see how a character will play out even if you are familiar with their styles.

Bandai Namco is known for dishing out a lot of anime-based fighting games all throughout the past years, but mostly only as visual fanservice. The graphics are usually amazing, recreating characters and scenes in glorious 3D, but the systems are usually very shallow, obviously only catering to casual gamers who are in it for the fandom and not the game. But Bamco made a real contender with Pokken. Its first installment being the original reason to own a Wii-U, Pokken DX hits two Pidgeys with one Pokeball – one, fulfilling every fan’s dream of seeing Pokemon in full next-gen console 3D, and two, fulfilling every fan’s dream of having an actual Pokemon fighting game.

Despite its simplistic controls, the game has a lot of combo depth. I would know – I’m already 11 full combo videos in on the first game alone.

One of the more hipster choices in this list. Fantasy Strike comes full circle as it is an indie fighting game based on Yomi – a card game based on fighting games. It has made quite a splash in the fighting game community recently by how radical its system is. For one, your health bar here is depleted based on the number of hits you take instead of the traditional hit damage. Second, it tries to overcome the entry barrier by screwing with the learning curve. All inputs are only single button presses. The creators explained that this would allow newcomers to still be competitive even when fighting against vets. They further elaborated that this allows players to focus more on their strategies, like footsie gaming and mix-ups – instead of worrying if you’re going to get the move out right in the first place.

Despite the divide it caused in the online community, Fantasy Strike has shown to be a lot popular in game conventions, including EVO itself.

This title’s a bit unique in this list as it being a fighting game is only half of what it offers. Absolver’s main story mode plays as an open world game where you play as an unnamed fighter travelling the world, learning different moves from four different martial art disciplines. Each discipline has its own specialty and commands to learn, and it’s from these different moves that you can make a deck / selection of your own – making you able to string your own custom combos.

The entry level is kind of steep, seeing as how you have to grind through the main story first and you still fight open world style even in versus mode, but the takeaway is absolutely rewarding. The fights are mind games at its finest, and everything is animated immaculately.

There are still a lot of honorable mentions like Fight of Gods, Killer Instinct, GUTS, and Touhou 15.5. If you’d notice, all-time favorite Street Fighter V isn’t on my list – particularly because it’s an overrated mess right now. Not to dismiss it, I mean, the gameplay is still very rich, deep, and fun, but it is still rather incomplete and it requires you to dish out a lot of real world cash to get the full experience, so unless you’re a hardcore fan, I don’t particularly recommend investing on it right now.