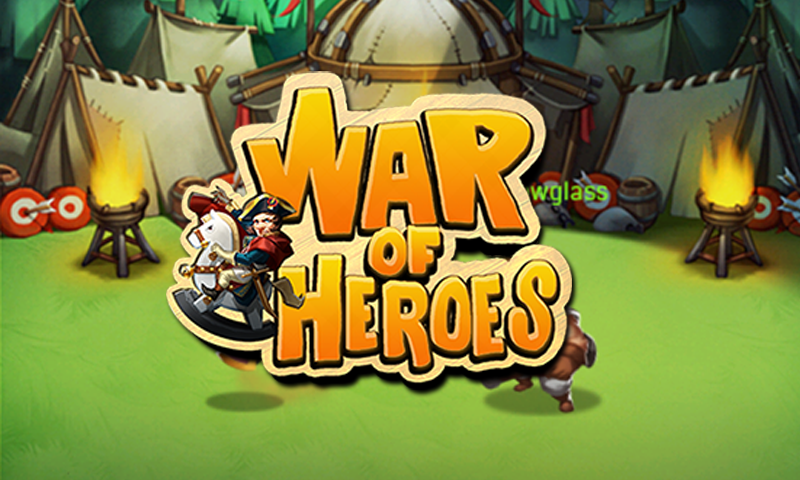 Ever wanted to play an online multiplayer tower defense game? Well this might not be the game for you. War of Heroes – Noble War is a tower defense game by Playpark for Android and iOS phones. You are tasked with rallying heroes from across the kingdom to defend the towns and castles from the invading forces by strategically placing them on the side of the path ways to kill them.

Like I mentioned before you are to build up your team of heroes, which determines the amount and type of towers you can make. There are 4 types of heroes, the bowmen, canoneers, mages, and sorcerers, Each with their own specialty, though it doesnt really differentiate from each other. As you could probably tell from the names, bowmen and canoneers deal physical damage while the other 2 deal magic damage, to further differentiate them canoneers and sorcerers deal splash damage while the other 2 target units individually. In each quest you are given a map to place those heroes on.

There are limited slots, some will allow only 4 heroes. while some will allow only 6. This is where strategy comes into play, but most of the time you will be able to deploy the whole team. Each tower you make in the game actually has 2 forms both having different special abilities, one form could have a slowing effect with less damage, and one of them has a slower firing rate but has a stunning effect on the enemies hit. If your towers aren’t strong enough to defeat the wave of enemies you have a few buildings you can visit to strengthen your team. You can visit the Bar/tavern to recruit more heroes, you can equip said heroes with weapons and armor to boost their combat strength, or you could visit the armory to upgrade the towers themselves. If you are tired of facing off against the wave, you can also face of against other heroes in the arena, which is more like a game of rock paper scissors really. 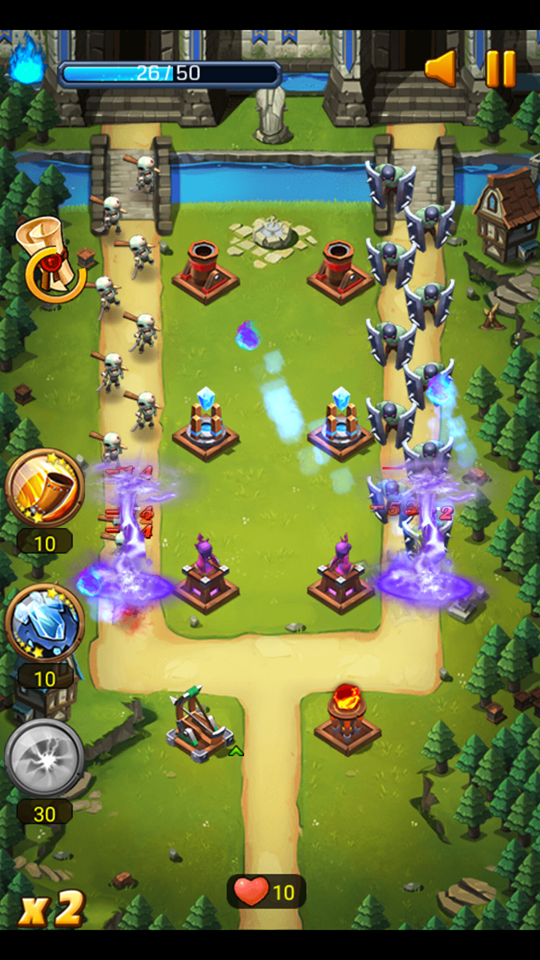 the graphics are decent, they okay i guess. so far in the games I have played. I haven’t encountered much variety in enemies. I would have liked some differences to be made for the different heroes. In the PvP arena all the heroes of the same type look the same, I choose Aristotle, an a bald old man with a grey beard and out comes a young looking man. I kinda wish they stayed consistent in that part. The different map levels look pretty bland, there isn’t anything that draws my attention, and I find myself just bored of it.

The tower defense aspect could be improved on i would say. I am more of a fan of the tower defense games that give you a blank map with an entrance and exit, where its up to the players to build the pathway for the enemy. This doesn’t mean i don’t like the ones where there is already a set path. What does bother me though is that I would have liked to choose where i place my towers instead of being forced into the slots they provide. It doesn’t really leave much for the player’s imagination and strategic thinking with them limiting their choices. PvP is underwhelming as well, since there is not much strategy apart from choosing the hero class that is strongest against them, which they provide a highlight on to “help”. The game could be better, but I feel your time is better spent on other games.

You can download the game here: Google Play | iOS