Monster Hunter was all the rage back in the late 2000’s thanks to its PSP outings. One such series that arose in its wake was God Eater, and managed to have staying power when everyone and their mother wanted a piece of the pie. It’s now 2019 and here we are with the release of God Eater 3. In the age of the Monster Hunter series making a spectacular leap back onto home consoles with Monster Hunter: World, does God Eater 3 have what it takes to continue carving its own niche? The short answer is yes, mostly. 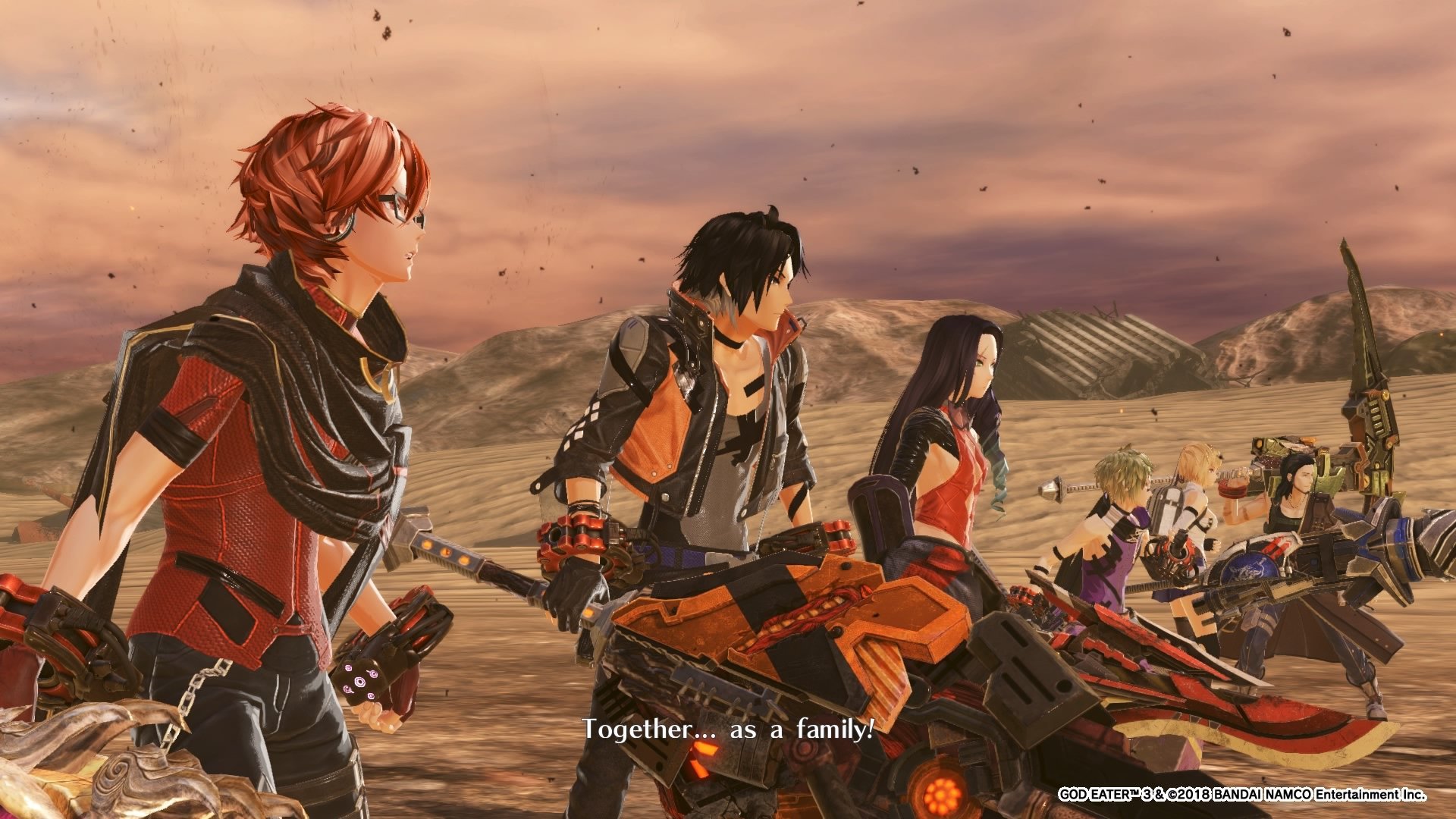 The world of God Eater is a post-apocalyptic wasteland dominated by monsters known as Aragami, destructive beings with insatiable appetites who also happen to be impervious to conventional weaponry. To fight back, humanity creates God Eaters, people infused with Aragami material who wield oversized weapons called God Arcs. This time around, you’re in the oddly stylish shoes of a new kind of God Eater known as an Adaptive God Eater, characterized by not one, but two armlets. This gives you and some of the supporting cast the ability to survive the Ashlands, where the game is largely set in. 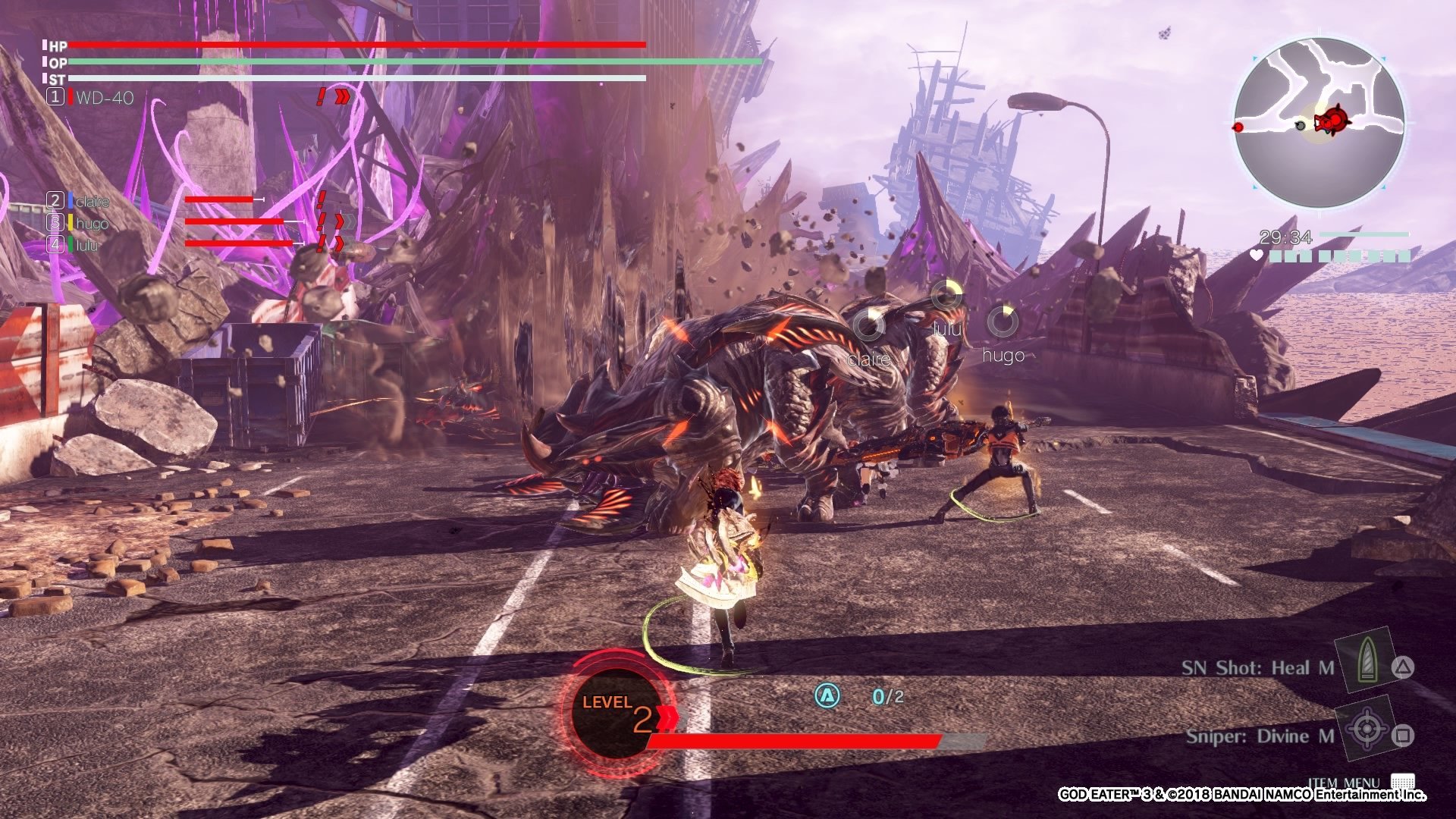 The story is largely shounen anime fluff, so your mileage may vary. That said, I’m an easy mark for stuff like this, and there’s just about enough charm in the characters to somehow get you emotionally invested ‘til the end of the campaign. If that wasn’t anime enough for you, the Power of Friendship™ becomes both a gameplay mechanic and a plot point in God Eater 3.

The familiar gameplay loop of fighting Aragami and harvesting their parts for better equipment is completely intact. If you’ve played earlier games in the series then you’ll feel right at home with its character action-like combat. Fights are fast, snappy, and now run at a faster clip thanks to the new Dive maneuver, a homing air dash not unlike those found in 2D anime fighting games. It helps easily close the distance and even reach pesky airborne enemies so you can smack them up close. 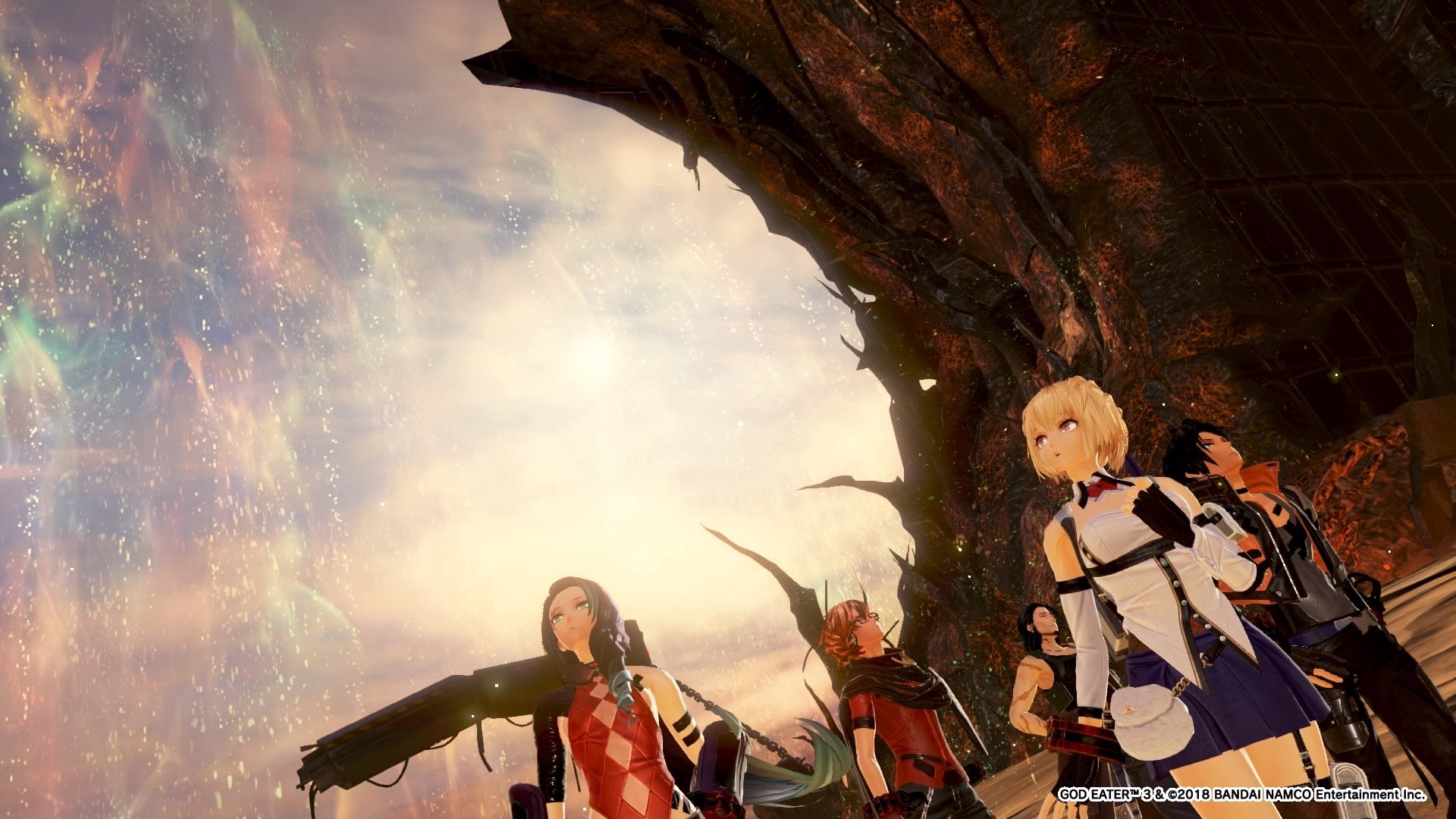 New to your ever-growing arsenal of oversized anime weapons are the Biting Edge and Heavy Moon, the former being a pair of daggers that join into a double bladed staff and the latter being a huge metallic ring with the ability to morph into an axe. On the ranged weapon side, God Eater 3 introduces the ray gun, which shoots a steady stream of damage, not unlike the primary fire modes from Overwatch heroes Zarya and Symmetra. Burst Arts are here to replace God Eater 2’s Blood Arts, and they range from augmented versions of your weapons’ existing attacks to total replacements, provided that you’re constantly in Burst Mode by devouring Aragami with your God Arc.

It’s not just God Eaters who’ve gotten upgrades since we last saw them. New to this title are the Ashborn Aragami, which are capable of using devour attacks and entering Burst Mode. These new foes add an interesting layer of risk and reward, as while their attacks get powered up, they develop weak points which can be exploited for big juicy chunks of damage. It also helps that they yield some of the most reliable mid-to-end game gear as you go along.

Combat may look fun and simple on the outside, but the real meat of God Eater is in its myriad of systems that overlap and play into each other. The Engage system is one such addition, allowing you to activate a temporary buff between you and an ally. On top of that, you’ve also got Acceleration Triggers, another set of buffs that come into play after meeting certain conditions in battle. Customizing your loadout to either suit your playstyle or the target you’re up against will make up a huge chunk of your play time. We haven’t even taken Bullet Edit mode into account, which can be a huge time sink in and of itself.

As mentioned earlier, your mileage may vary depending on how big of a fan you are of the hunting RPG genre and anime, but if you do happen to fall somewhere in the overlap between those two, then you’re in for a good 20+ hours and beyond, moreso if you can find people to play with. This was reviewed on PS4, though I’d like to think the Switch version’s portability just might give it a leg up. On top of that, the good folks over at Marvelous promised more DLC episodes down the line. God Eater 3 is a serviceable romp, but given the state of this subgenre, it does make one wonder if and when it’ll make a Monster Hunter: World-style leap. Let’s hope it does soon. 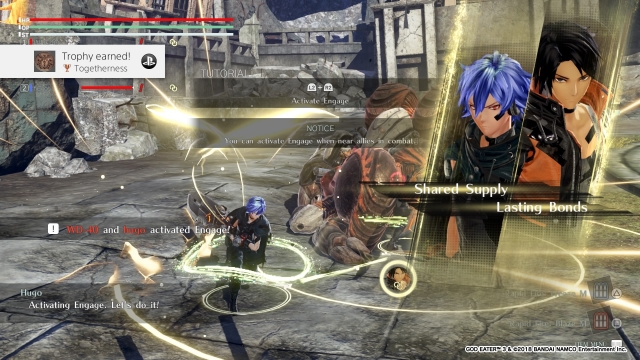 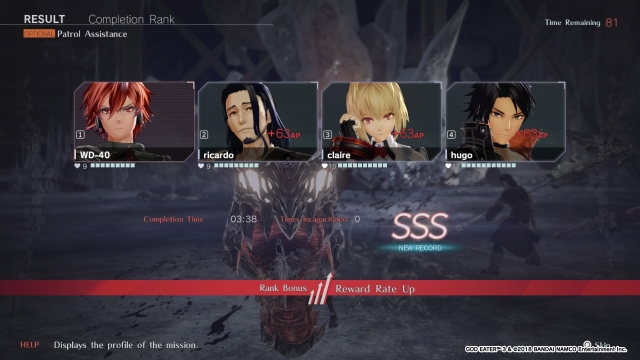 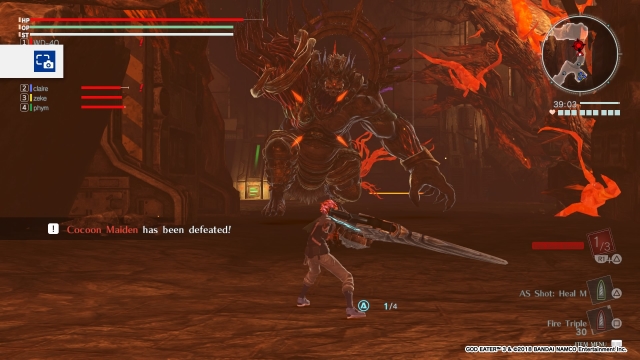 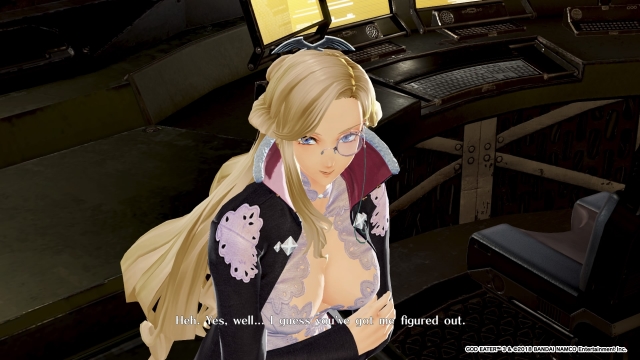 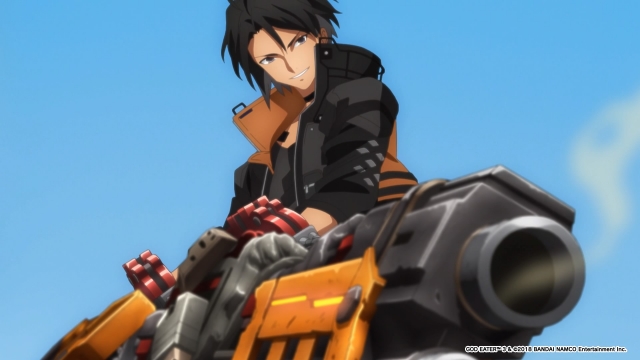 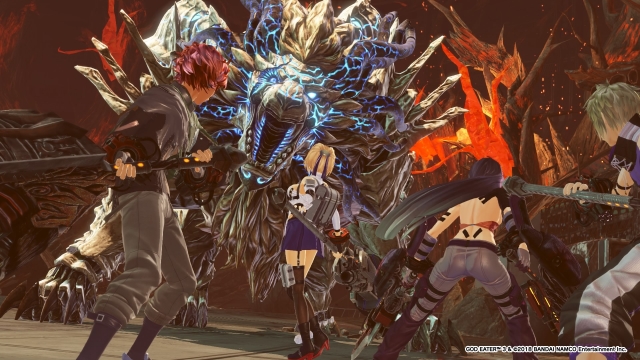 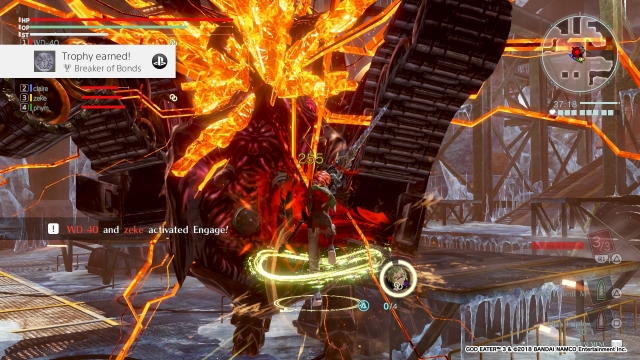