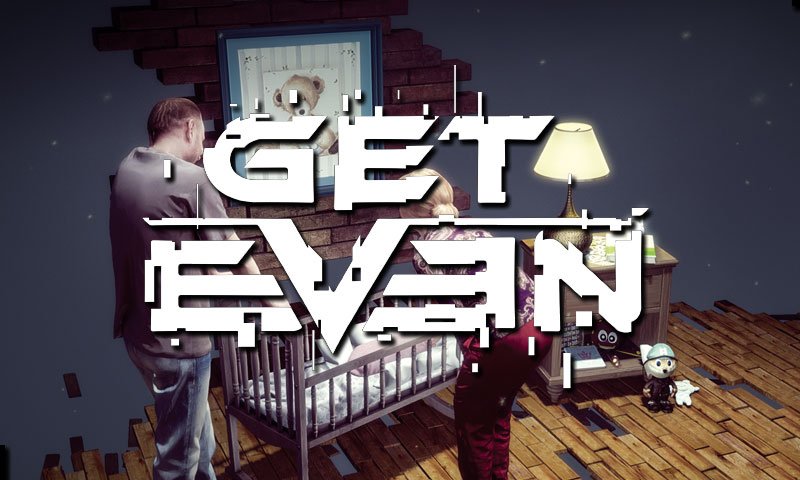 Get Even | DAGeeks Game Review

Review is provided by Billy Añonuevo from 99.5 Play fm‘s the Bonus Stage

Get Even is the kind of title you wouldn’t expect Bandai Namco to publish, yet here we are. Developed by The Farm, this first-person investigative thriller (I refuse to call it a shooter) pulls you in with an intriguing premise, but mostly stumbles on back it up with compelling gameplay.

The game puts you in the gruff-voiced boots of Cole Black, a man trying to piece his fragmented memories together following what seems to be a botched rescue attempt on a kidnapped girl. You then wake up in an abandoned asylum, with a device called the Pandora/Savant strapped to your head and a ton of questions that need answering. As it turns out, this nifty little piece of headgear lets you relive and explore past memories, but since the device is apparently in its early stages of development, things get a little weird.

What ensues is a couple of hours of exploration, puzzle solving, sneaking, and the occasional shootout. The main hook of Get Even’s non-combat segments is your smartphone, which comes loaded with a couple of handy apps to aid you in piecing the story together. These include an evidence scanner, an ultraviolet light, thermal camera, and GPS. You’ll find yourself constantly switching between these functions to get through the game, though at times navigating through them can  be clunky. Speaking of clunky, turning on aids like the thermal camera force you to focus onto a tiny fraction of the screen altogether, sometimes squinting at your in-game phone’s screen for clues. I know it keeps your main character’s actual field of vision uncluttered and is supposed to give a better sense of immersion, but the execution can be disorientating. The first hour alone left me a little dazed and occasionally shaking my head just to get my bearings.

Here’s his run through of the game

Gun battles and stealth segments punctuate Get Even’s quieter moments. Even here, the game doesn’t fare any better. While this isn’t quite billed as an action-packed FPS, it’s hard to buy into the protagonist’s background if he moves like someone struggling to make it through a sobriety test. The game, however, gives you a nifty weapon called the Cornergun, which, as the name implies, allows you to shoot around corners and from the safety of cover. Enemy AI isn’t shouldn’t give you too much trouble, either. Headshots and takedowns are embarrassingly easy to score even on higher difficulty settings.

Graphically, Get Even could easily be mistaken for a game from the earlier part of the last console generation. Textures can occasionally get muddy, and while most of the environments are appropriately dark and foreboding, there’s a certain lack of polish to pull them out of painfully generic territory. The aural side of things are a bit of a redeeming factor, as the game’s score does some interesting things to accentuate specific situations, coupled with pretty serviceable voice acting.

With its enticing psychological and sci-fi leanings, Get Even just may be the thing you need for a gripping weekend or evening, provided you can get past the game’s mechanical shortcomings. Nothing is what it seems in Cole Black’s quest to figure out just what the hell is going on. We only wish this mystery had more time to be fully fleshed out as a more engaging experience than what we currently have.