Code Vein is what you get when you take the dark, edgy anime art direction of God Eater and slather it on top of  the tried-and-tested Souls formula of exploration and combat. We’ve had the opportunity to briefly sink our teeth into the Network Test over the weekend. Here’s what we think of it so far, but do keep in mind that this is far from a full review.

As the game opens, you’re tasked with creating your very edgy anime OC (no strealing) using the game’s basic but occasionally flexible character creation system. After that, my appropriately-named avatar named N1ghtRaz0r is thrown into a pretty straightforward tutorial which quickly goes over Code Vein’s movement and combat. This tutorial also introduces you to what could very well be the game’s biggest combat hook: the ability to freely switch classes, or as they’re known here, Blood Codes. 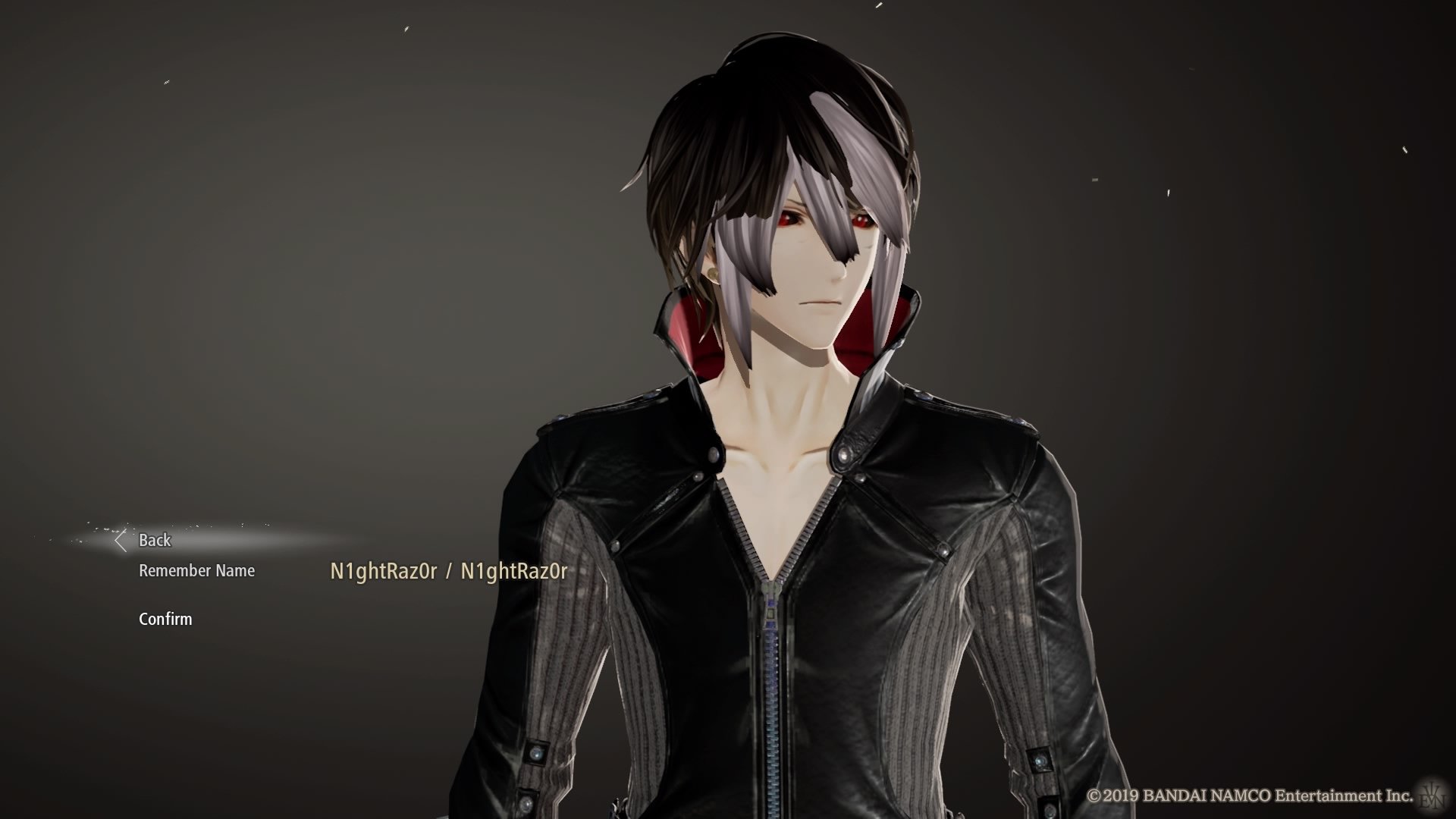 There isn’t a lot to dig into here, given that it’s a test version. What we do know, however, is that you’re put in the boots of an amnesiac “revenant”, which is pretty much a vampire all but in name. You wake up in the company of a mysterious girl before being subsequently captured by a company of other revenants and put to work harvesting resources called blood beads which are their main source of sustenance.

It won’t be too long before you’re thrust into what could very well be the full game’s first dungeon. Combat feels like an odd mix of Bloodborne and God Eater, the latter being obvious as Code Vein is made by pretty much the same team. Combos are weighty and are more or less committal, but with a certain snappiness found in God Eater. Dodging is akin to Bloodborne’s, with certain Blood Codes even letting you phase through instead of the usual step dodge. Switching your Blood Code is as easy as opening up a menu and slotting it in. The finer details like stats and gear requirements will require a bit more inspection, but once you figure out which weapon types work with which Blood Codes, you’ll be quicker about it. 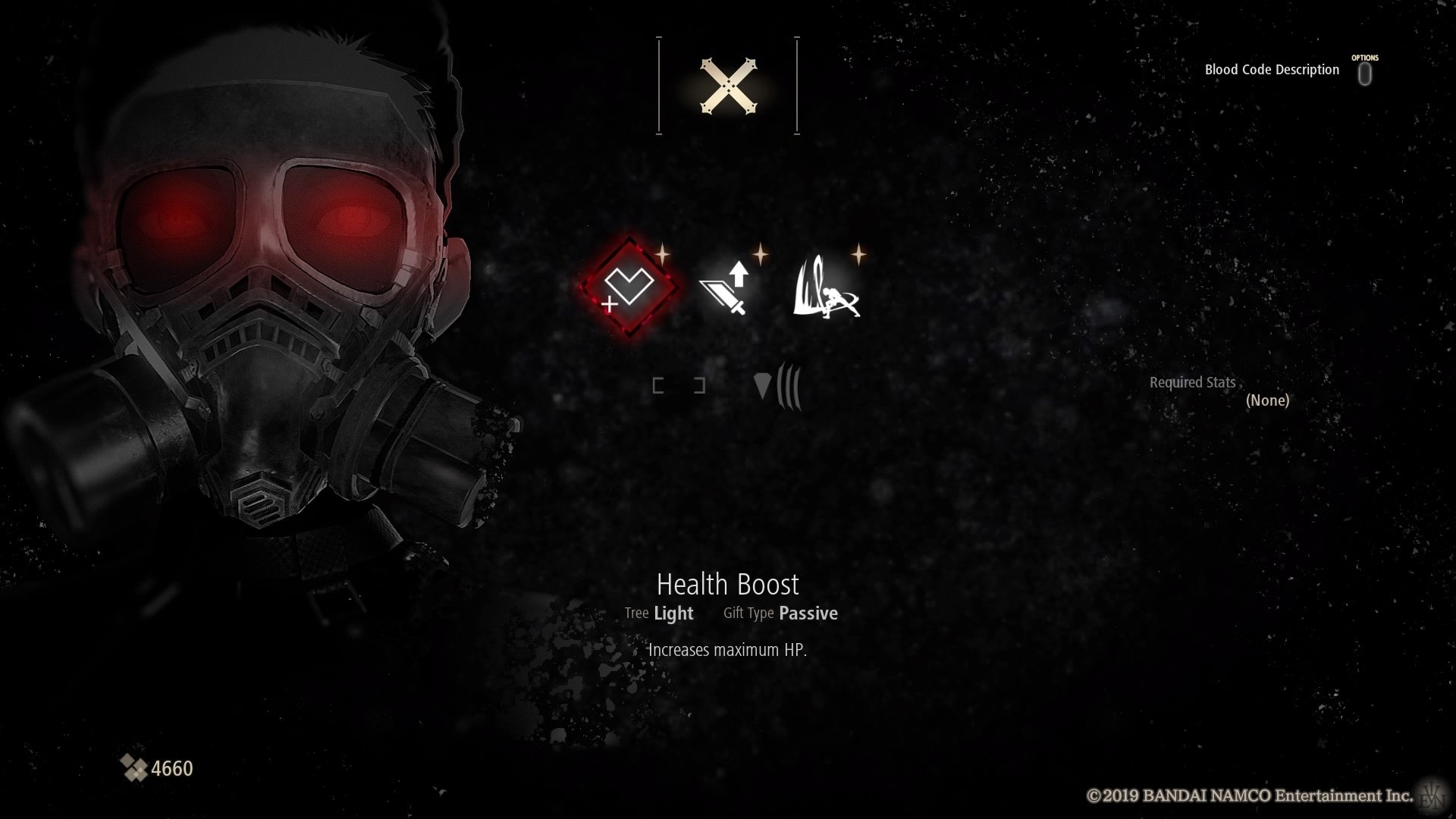 Abilities, called “Gifts” are governed by an MP system called Ichor, which you can either regain through consumables or drain attacks, which are mapped to the circle button. Draining can also occur during successful parries and back attacks, in which both instances treat you to a badass animation and dealing significant damage to enemies, if not outright one-shotting them.

We wish we could say more about Code Vein’s co-op in its current build, but we were unable to get a session. We will say this, however: if our time with an AI companion is any indication, co-op has a high likelihood of being a stupidly fun time. Given that you can easily revive fallen companions, you’ll be gleefully cutting through swathes of enemies with nary a pause in the action, save for occasional exploration. 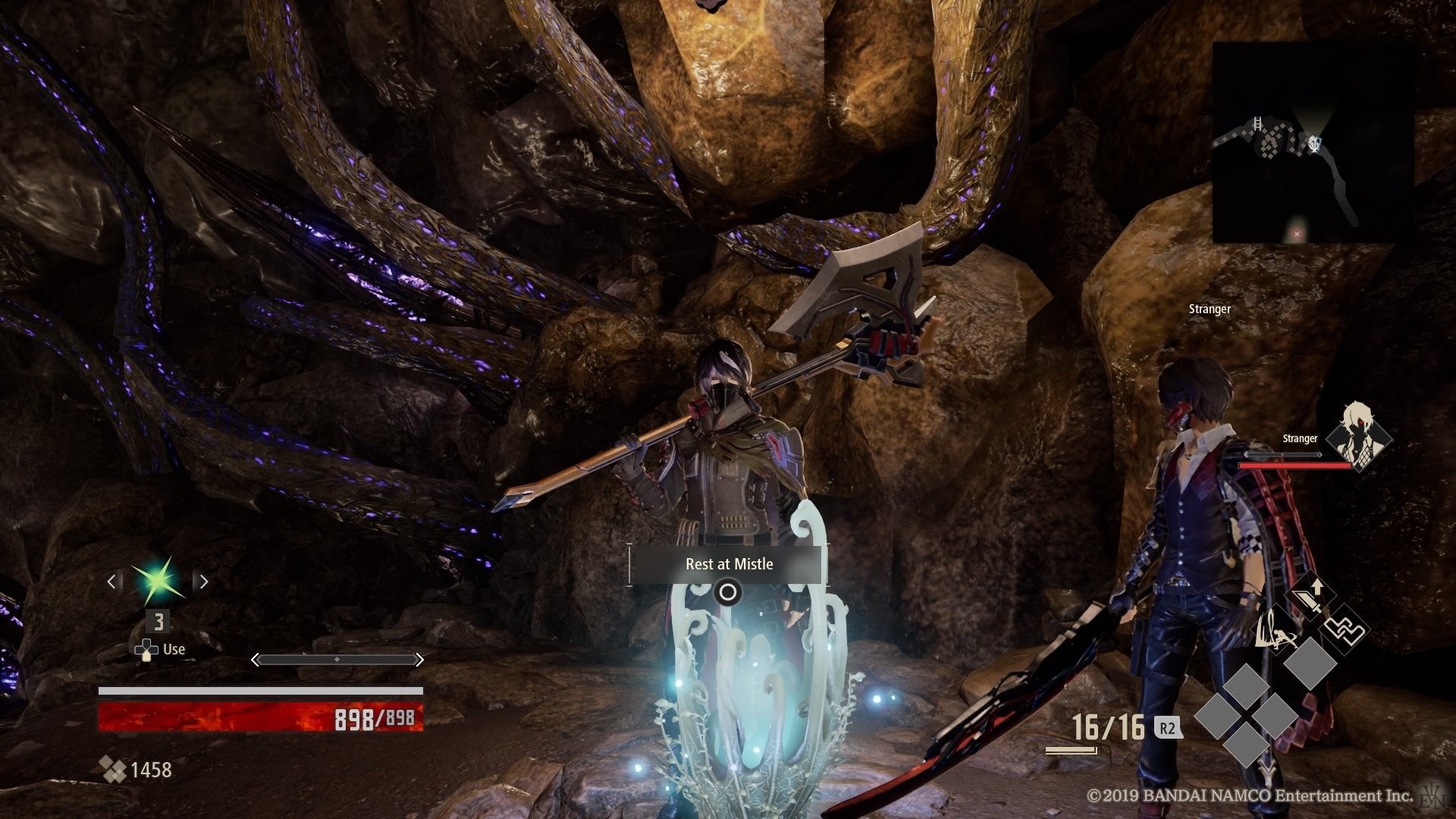 Code Vein is looking pretty solid so far, with some room for improvement, mostly on the technical side. That said, we can’t wait to spill more blood when the full game drops later this year. 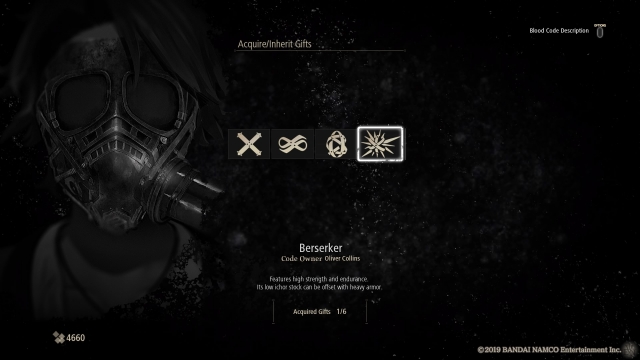