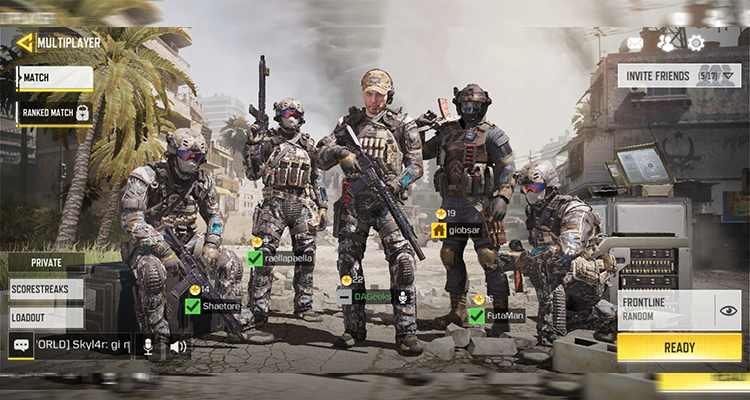 I have to say that one of my most anticipated games for the mobile is Garena‘s Call of Duty Mobile (well aside from Electronic Extreme‘s New Gunbound) which is a collaboration between Tencent‘s TiMi Studios and Activision. And with almost a week into the launch I can say that I have not stopped playing the game consistently.

I have to admit, I never was a fan of the Mobile FPS genre. Even if I have played tons of shooters on the PC like Borderlands, PUBG, CS:GO (somewhat), Rainbow 6 Siege and the like. And I never really liked the feeling of shooters for the mobile. Actually, I never liked the whole experience of playing on my phone most especially titles that have their own PC counterparts.

Coming from other shooters like Rules of Survival and PUBG Mobile, I must say that CoDM is as smooth as a baby’s butt. Though I think this is going to be mostly coming from someone who is using an psuedo-flagship level brand (been playing it on the Huawei Nova 5T).

This post isn’t really so much as a review since I’m dedicating a review post for it (I’ll release it next week, since I’m still trying to get my feet wet with the game), but here’s a short rundown of what the game offers:

Currently, CoDM has two available modes open in-game so far. They are namely, the Multiplayer Mode (MP), or the Battle Royale Mode (BR).

Though not all of these maps are available in all Multiplayer Modes, you practically can play around these maps for now.

During the first week of the game’s release, CoDM uses a cash shop business model. Where you can unlock all the playable weapons as your level up your tiers, but you can also spend money in buying cash shop items for cosmetic purposes.

CoDM also has a battle pass system which has a level cap of around 200. Though I personally don’t think people generally won’t reach that level (unless they play every day). The game is pretty generous when it comes to giving away prizes when you reach each Battle Pass Tier.

CoDM‘s two game modes have ranking systems in place. Each mode has it’s own ranking system so if you want to rank high on both modes you have to go through the ladder for both MP and BR.

So there you have it. I’ll be working on my review as I keep on progressing the game and consistently play. If you’re reading this you can just add me in-game with the IGN: DAGeeks, or even join our official DAGeeks clan, DAGgers. You can also in fact join our discord server for coordination if you want right here.