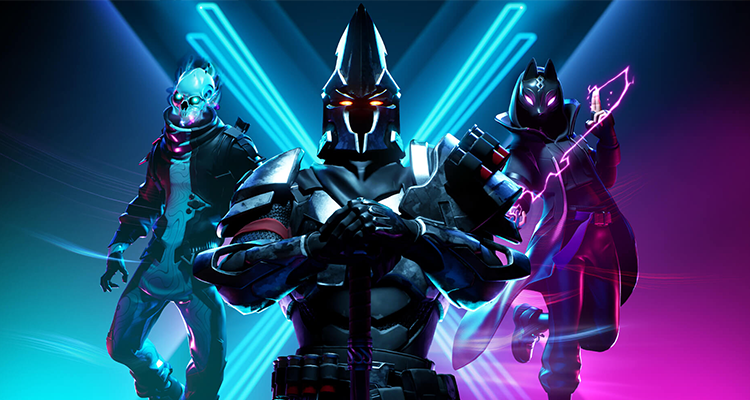 The Future of Fortnite

‘What’s fortnight’…that was a tweet which left the fingers of Lady Gaga’s iPhone this week. Thankfully a Ninja in shining armour has entered brought professional gaming to the forefront of the mainstream and social media and was able to respond with some helpful banter.

That’s how big the video game of Fortnite is nowadays. Esports aficionados can bicker about the qualities that make a true ‘esport’, however Fortnite has done what no game prior had – international attention of a community of non-gamers and even anti-gaming culture. The game has even entered the realm of sports betting with many of the largest American and European sportsbooks offering betting odds on Fortnite events.

This past summer saw Fortnite developer Epic Games create the first ever Fortnite World Cup. It was announced in February and would host an incredibly lengthy qualification process to find the best players in the world. I say the best players as the battle royale featured in Fortnite has both a solo and duo division for its professional scene. The prize pool for the event was a staggering $30 million dollars with half of that going to the solo finishers, and a half going to the duo finishers. Equally impressive was that the event was held at the historic Arthur Ashe Stadium where the US Open is held every year.

The duo event was won by two European players, Nyhrox and Aqua, who split the first-place prize of $3 million USD. Meanwhile, the player crowned the World Champion in solos was a 16-year-old American by the gamer name, Bugha. He immediately moved into stardom being interviewed multiple times on national and international shows and having his story plastered everywhere.

The viewership numbers for this event were equally staggering. Epic reported that the World Cup was sold out. Meanwhile, over 2 million concurrent viewers on YouTube and Twitch tuned in to watch Bugha lift the title. Off the huge success of this tournament, Epic was very clear that there would be many more Fortnite tournaments to come without fans needing to wait for the World Cup. Their primary focus has been Fortnite Champion Series this past month which saw a ‘trio’ competition. However, the calendar will be full of upcoming events!

So what else is in store for this massive title? Well to add legitimacy to their game, a series of big-name professional Fortnite players formed a union of sorts last week. It was announced that eight European and eight North American pros would form a Fortnite Professional Players Association. This follows in the footsteps of some other major esports titles doing the same, most prominently CS:GO. It is of vital importance that games that do not feature standards from the developer have such a group. Some of the terms players in the CS:GO association have negotiated surround scheduling for a player break, significant changes to the competitive meta, and format of major tournaments. The official statement from FNPPA reads as ‘an independent, worldwide collective of professional Fortnite players, meant to provide us a professional platform to voice our opinions on the future of the competitive scene of Fortnite, so that we may have the most productive dialogue possible with the developers.’ There are a great many benefits to an esports players union including that it both legitimizes and protects its most important assets, the players themselves. Esports is finally moving out of that realm of niche dedicated fan base to mainstream cultural phenomenon. As it continues to bring in more revenue it is vital that new players entering the scene, many of which are 18 years old or younger, have the protection in the industry that their own guardians may not be familiar with. As our dear envoy, Ninja, said to Lady Gaga

I’ll give you a Million Reasons to play.