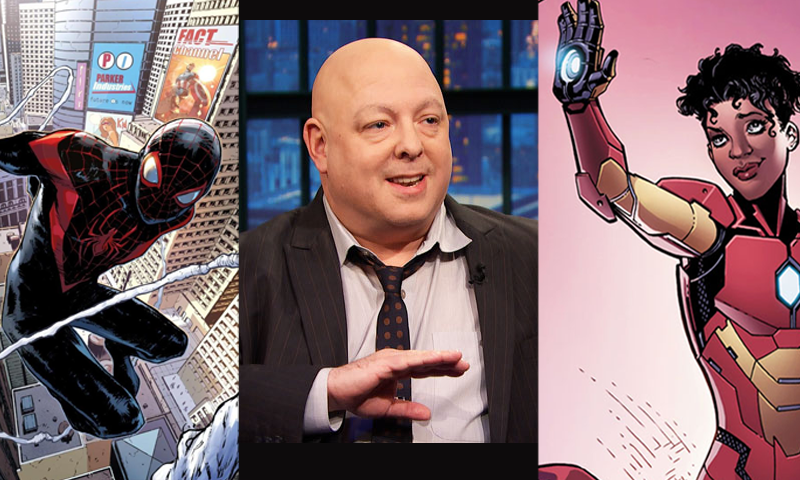 Who is Brian Michael Bendis and Why is His Move to DC Such a Big Deal?

With almost 20 years as a major writer for Marvel under his belt, Brian Michael Bendis hangs up his red hat for a blue one as he announces that he has signed a multi-year exclusive deal with DC Comics. Now, switching from one of the Big Two to the other has been common over the past few years, but Bendis’ career shift is making waves in the industry nonetheless. It’s not as if Bendis spent two decades in the House of Ideas writing filler chapters to get through to the next issue. From his hit start with Ultimate Spiderman back in 2000, he’s had notable creative babies – such as THE Jessica Jones and THE Miles Morales –  as well as lengthy stints writing on Avengers, Guardians of the Galaxy, Daredevil, and so much more – even helming iconic comic book events such as House of M, Secret Invasion, Civil War II, and Avengers vs X-men.  So why would Marvel let go of someone whose work still resonates within the current meta of both Marvel’s comic book and cinematic universes of today?

Part of the problem could be that he’s been reportedly pulling a Joss Whedon – you know, once a beloved creator, plagued by inclinations to remain relevant by succumbing to the trend of

“political correctness”, making unnecessary but major movements for diversity and such – that sort of thing. And the fans aren’t having any of it. Take one of his creations for example: Riri Williams AKA Ironheart. A lot of fans took offense that Tony Stark was written out so that he could be replaced by a female POC character with the exact same abilities. Bendis had a story to tell, sure, but many have claimed that he’s using PC as a reason to fix what isn’t exactly broken. This, in turn, led to his current books not selling well. I, for one, am a fan of Riri’s character, but ultimately agree that she could’ve been a superhero on her own instead of “the new generation Iron Man.”

Bendis has stated that maybe he was “losing his swagger”, and that change could be healthy. With his contract with Marvel almost up, Bendis felt that he could get over his current slump by seeing what could be behind curtain number 2. Since according to reports, he has already worked on nearly every Marvel character he was interested in, Bendis took this stagnancy in his work a sign that it was time to move on.  But rest assured that no bridges were burned in the process. His shift was discussed with management and teams have been prepared to take over his current titles. Marvel has even been quick with issuing a statement, commenting on Bendis’ creativity and professionalism and wishing him the best on his future projects.

But there is another reason on what pushed Bendis to ultimately switch sides.  While he is primarily known for writing comic books, he does have credits for writing outside the graphic novel media, which includes writing for the Ultimate Spider-Man animated series, Powers TV series, the Ultimate Spider-Man video game, and Disney Infinity: Marvel Super Heroes video game. Back in the early years of the MCU, Bendis was part of the Marvel Creative Committee, writing the Iron Man’s post credits scene – and initiating what would be an iconic tradition within the Marvel movie-verse. Yes, it’s because of

Bendis that the MCU started doing post credits scenes. So if it wasn’t for him, the MCU as we know it, would be totally different. That is, before Kevin Feige made an arrangement to report directly to Disney instead of Marvel, thus dissolving the committee. Now as part of his move to DC, Bendis has been offered an exclusive spot not just for writing on comic books, but also a seat at the “films/multimedia table,” where he would work alongside DC president Geoff Johns himself to help produce video games, movies, and series. This is such a huge level-up for Bendis – one that seemed to elude him all this time working for Marvel – and anyone would be crazy not to accept the deal.

But happy as everyone seems to be for him, we still don’t know what this means for the legacy he left behind in Marvel. Controversial they might be, his stories are still of major relevance to the entire universe’s current timeline, and we can only wait and see if the people chosen to carry on his work would be able to justice and fill his big shoes.