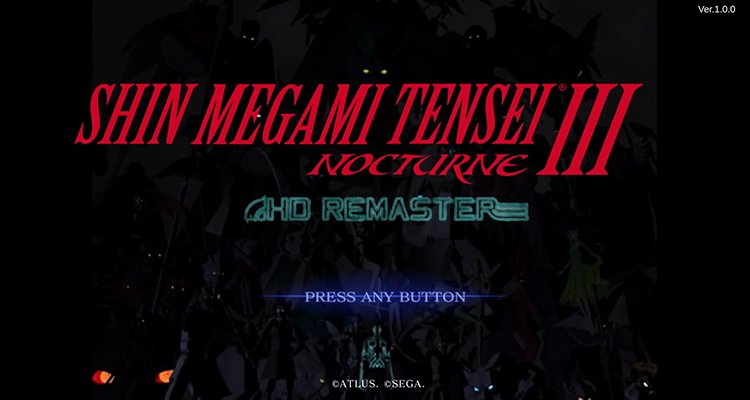 Writer’s Note: Shin Megami Tensei III Nocturne HD Remaster is released on the Nintendo Switch, PlayStation 4, and Steam. The review provided by Sega to us is for the PlayStation 4 version of the game.

There’s just a certain appeal to the games of the PS1-PS2 era that developers have been bringing them back to play in current-gen consoles. Beloved classics such as Okami, Persona 4, Resident Evil 4, and God of War have all been ported in HD or remade completely for fans to enjoy. I personally can’t tell you how much I’ve replayed Final Fantasy X/X-2 in all the platforms it has released on beyond the PS2. With the recent boom of Persona-related titles, Atlus itself is riding on this remake train by bringing some of its previously hard-to-access titles to the global stage – their true main series Shin Megami Tensei in particular. While fans eagerly await the next main installment of the series reportedly coming later this year, Atlus allows us some respite and a little bit of nostalgia with the release of Shin Megami Tensei III Nocturne HD Remaster.

One of the great things about SMT is that the story does not really revolve around the main character that much, while still allowing him to be pivotal in its plot progression. Nocturne is no different. It may seem a little speedy at first for first-time players to find themselves immediately dragged into a battle that decides the fate of the human world and the demon world within the first five minutes of the game without so much as an in-game primer, but as you slowly get a foothold of things as you play through the game, you find yourself deeply involved in the politics of this new world.

You play as the Demi-Fiend – someone who was supposed to die along with the rest of humanity when a cult merges Tokyo with the demon world, but a supernatural force has sensed something special in him and has granted him the essence of a demon while still retaining his humanity. Straightforward as the lore seems of you traveling from location to location, resolving conflict as you go, you can easily branch out into different paths depending on your choices with the conversations you have. As you can tell, the main character is ultimately just a glove with just some pivotal plot progressions resting on his actions. While the plot could use a little more exposition, it does what Atlus does best in challenging philosophical norms like we see a lot in the Persona series.

Nothing much has changed in the remaster plotwise. You have the option this time of being able to recruit either Dante from the Devil May Cry series or Raidou Kuzunoha the XIV from the Devil Summoner series (who was exclusive to Japan before), but sadly not both as they play the same role in the story. Would’ve been nice though.

If you’ve played their mobile game DX2 SMT: Liberation, then Nocturne would feel familiar to you (though I do admit that the battle systems between SMT and Persona hardly differ from each other or have changed much over the years.) It’s a classic turn-based battle, where your team acts first, and each team has a certain amount of points allocated to them. Each member of your team takes a turn, cycling back if you manage to get more points by scoring a critical hit or hitting an enemy’s weakness.

You lose turn points as well if you miss a hit or hit them with an element they can absorb.

Of course, we can’t forget the SMT/Persona staple of being able to talk to your enemies in battle with the purpose of either recruiting them to your team, asking for more resources or just asking them to leave the battle. Battle-wise not much has changed in the remaster either. That however can be a good thing as the battle system, while dated, is still challenging and fun to play – something longtime fans are appreciative of and something first-time players may find refreshing compared to how “easier” and lower-curve RPGs have become recently.

This is probably where most of the changes are apparent. The game has been set to a wide-screen resolution, except for the FMV cutscenes which are still 4:3 and a bit jarring to look at when they come on. The models are untouched but there have been a bit of retexturing and upscaling, as well as some lighting changes, which honestly make the game look a lot prettier. A big con is the game caps at 30fps – which is passable in smaller screens like if this were released for the Vita – but in a larger resolution platform like the PS4 or PC, it makes it look blurry and hazy at times. Kinda disappointing knowing that Persona 4 Golden rocked a solid 60fps.

The audio also felt a little shortchanged. The remaster does offer tracks from SMT I, II, IV, and IV:A as DLC, but the BGM is not HD quality. The game originally only had a Japanese voice-over with a selection of languages for the subtitles, but now the HD remaster introduces an English voice-over option as well, and the voice acting is actually pretty great.

Nocturne is a solid game that can be played for days on end, and replayed more given that it branches to different endings and has the Dante/Raidou routes. And it’s always great to see the longstanding compendium of demons from all the SMT and Persona games be present as NPCs and story characters than just being the usual summons – like it was some darker, demonic Pokemon game, Good old JRPGs are also always great for being challenging, and it gives a better sense of accomplishment knowing it was your skill and patience in grinding was what it took for you to win. 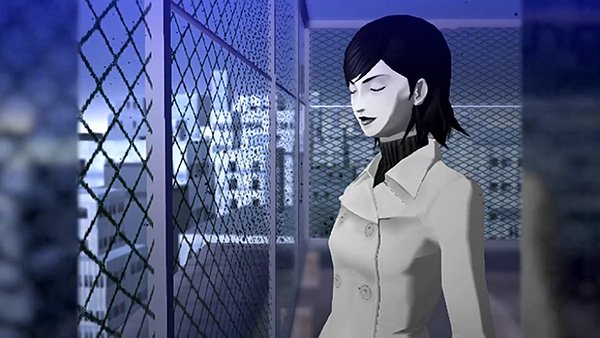 I really just wish they could’ve bumped it up to 60fps or kept it uncapped, but barring the Vaseline-filtered visuals, Nocturne is a great RPG and fans can only be so grateful for it to be ported to current-gen platforms. It also keeps the hype train alive as Atlus fans jump over from the recent slew of Persona 5 content in anticipation for the Shin Megami Tensei V release planned for later this year. For newcomers though, Nocturne could be an acquired taste as there are a lot of things to get over like the visuals and the difficulty.