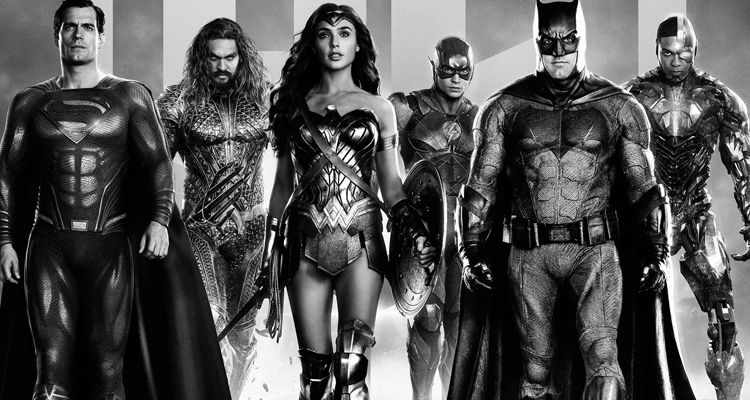 One of the big-ticket titles coming out this 2021 is Zack Snyder’s Justice League. As an avid DC fan, I had looked forward to the original cinematic release back in 2017. What we got at the time was a movie that was passably enjoyable in certain instances. But sadly, it wasn’t quite able to achieve its goals at competing with Marvel’s Cinematic Universe. The Justice League (JL 2017) was a financial bust as it did not earn the income it was pegged to get. Fortunately, years after we get the Synder Cut, which I originally admit to doubting heavily, and am glad to be so thoroughly corrected in my original opinion.

Visually, I would say the Snyder cut is of the same level of quality as the cinematic universe. This does play along with Snyder‘s aesthetic, however, and so I didn’t really think it was off. The overall change in color play and tints produced a different atmosphere in the movie. I think cinematography improved greatly, with shots and scenes staged differently. In terms of CGI, the largest improvement would be in the rendering of Steppenwolf. Here, he looks much improved in his gleaming armor and in depicting his terrifying, brutal strength.

The time spent developing the characters and the world is by far the most important difference. Here, Snyder’s version of Justice League proves far superior to the cinematic release. While all the characters in the League do get additional screentime, this is much more visible with two characters: Cyborg and Steppenwolf. Steppenwolf, in particular, becomes an antagonist worth of the Justice League, with more nuance and character. Furthermore, his story lays the foundation for establishing Darkseid and the threat of Apokolips. Meanwhile, Cyborg has a lot more screentime, giving us a deeper look at both his impact and personal struggle. His scenes give additional heart and personal gravitas to the struggle of the Justice League.

The additional footage gives a much greater story flow and cohesive development with the other characters as well. The heart of Affleck‘s Batman character shows up in a rugged, convincing manner. This is a contrast to the almost comical hope that he displays in Whedon‘s version. Miller‘s Flash and Momoa‘s Aquaman get additional interaction times with each other and with the other members of the League. This sets them up as more endearing and nuanced characters.

Aquaman and Wonder Woman‘s additional scenes, in particular, are excellent at providing deeper world-building and history to their world-saving struggle. Lois has a lot more meaningful scenes as well which establish her as more than simply a tool to trigger Superman‘s memories. And of course, Superman returns in an epic and heroic, hopeful return that does not disappoint at all.

Does it do Justice?

At multiple times throughout the film, I found myself teary-eyed and with goosebumps at many of the scenes. Not normally an emotionally expressive person, these scenes strike a chord much deeper than the Whedon version of the film. It is a much more sober movie, though it still retains elements of dry humor. The story and characters in the movie drew me in, and time sped by quickly as I hardly felt the 4 hours go by. The additional time has truly given much more life to the entire cast of characters, which makes their struggles and hardship more meaningful.

Having watched Zack Snyder’s Justice League inevitably invites comparison with Marvel‘s own masterpieces. Considered to be the high-water mark within the industry for a unified cinematic universe, is undoubtedly the dual movies of Infinity Wars and Endgame. However, had this version of the Justice League been successfully released along with a healthy build-up of the DC Cinematic Universe, they might have had that distinction seriously contested.