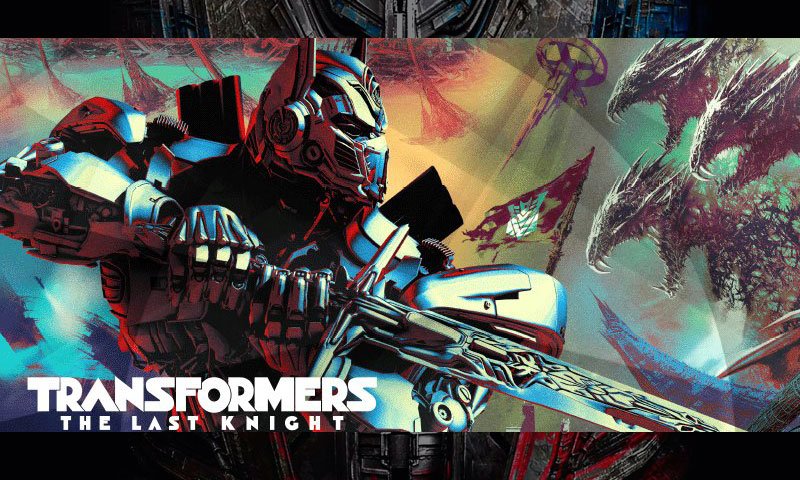 If you’re going into a Transformers movie hoping that it’ll be any good after Age of Extinction, I don’t know if you’re a glutton for punishment or you’re just a stubborn opportunist. And the Last Knight isn’t any better, at least by much.

The fifth (and final for Michael bay at least) installment in the ‘Bayformers’ franchise has us watch how the world responded to events that happened right after Age of Extinction. We are yet again following the franchise’ latest protagonist, Cade Yaeger (played by Mark Wahlberg, and also seemingly his last run in the franchise as well) in yet another world ending situation courtesy of the Cybertronians.

We are then introduced to a ton of new characters to the series (though not sure how long they’ll stay) with Isabela Moner who plays Izabella (I know right?) a young orphaned teen who has an affinity with the Transformers who she started living with, Laura Haddock as Viviane Wembly, a professor in English literature who in the case of the movie is a descendant of Merlin (more on that later), Anthony Hopkins (I KNOW RIGHT?) who plays Sir Edmund Burton, the 12th Earl of Folgan. We even get to see more of Josh Duhamel‘s William Lennox, with more screen time compared to the first few movies.

The Last Knight‘s plot pretty much tries to build up everything that was set up starting from the first movie. With reference to the first protagonist, Shia LeBeouf‘s Witwicky and the apparent group that revolves around their family tree.  You also get to see Bay’s attempt to mix Arthurian lore partnering with the first ever Cybertronians who crased into the earth and making humans more interconnected to the fate of Cybertron and it’s citizens more so than the previous movies.

While the attempt was cute, the way the Transformers interconnected with human history takes a really big stretch. And if you didn’t check out your brains at the door of the screening, you’ll just raise your hands in frustration with the shoddy attempt of creating a fictitious human history. However, in comparison to how Age of Extinction went with this same path, The Last Knight had a far better means of trying to build this story up.

Character development as expected is not as bad, but is passable at best. The movie pretty much shows how Michael Bay doesn’t really do well when it comes to building characters. You have to great co-stars with Moner and Haddock, and I’d like to see more of Moner on screen, getting more increasingly sophiscated roles. Haddock’s Wembly on the other hand is more than just a Megan Fox clone #XXXX, but has a better character structure compared to previous female co-stars. It helps though that she’s also English, and well, on a more personal note I am more biased towards them.  On the other hand, you have Anthony Hopkins who, with the ludicrous character to work with seems to just have fun with it, similar to how Stanley Tucci played his character in the last Transformers film. Heck, I’d pay again to see Anthony Hopkins just flip-off people during a car chase scene. That scene alone made the film more enjoyable for me. And I loved how he interacted with his butler Autobot, Cogman (I.KNOW.RIGHT?). Each scene with Cogman and Hopkins was such a hoot that I actually wanted to see a spin-off film of the two going to their merry adventures prior to The Last Knight.

Meanwhile, since this is a Transformers film. It’s kind of nice that Michael Bay decided to finally name some of the Decepticons/Autobots we see on screen. Though the designs are still too tacky for my taste. What I have to mention though is the addition of Hot Rod to the Autobots roster and the lack of use for the Dinobots, Grimlock and Slug in the course of the movie. This is more of a personal bias for me since I grew up watching the first Transformer movie, and Hot Rod has always been my favorite Autobot (while the whole fanbase hates him, or at least a LOT of the fanbase does). I appreciate his OP powers but didn’t like how they treated his choice of accent and voice. Still looks really slick sports car though so I would probably get his The Last Knight toy in the future.

At it’s core, Transformers: The Last Knight maintains the quality that is expected from the Transformers franchise (after the first). It’s still a robot mashing slugfest meant to sell toys. It’s plot is just as ludicrous with a lot of holes. The insistence of having the Transformers affecting human history and the way their arrival was meant to happen because of stuff (that’s spoiler territory I think). While the movie is something that I never expected to be good, it provide at least a bit more satisfying end compared to the mess that’s Age of Extinction.