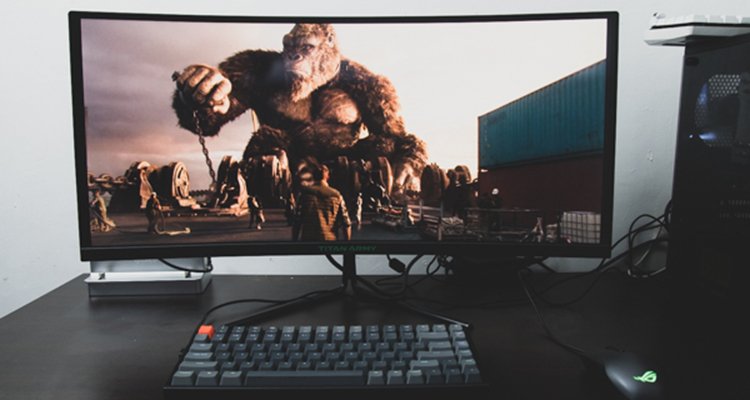 Titan Army is a brand I’ve never heard of until our friends from Laptop Sensei sent us a monitor to review. Upon further research, they’re a subsidiary of a display company in China, aimed at Internet cafes. They sent us the Titan Army C29SH Curved Display and took it for a spin. 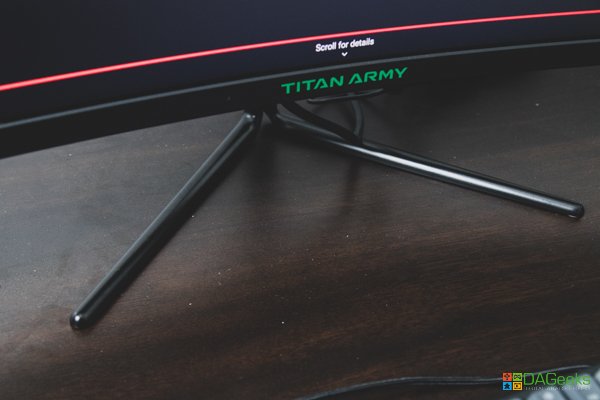 On paper, its specs look promising and the price is definitely among the most competitive in the market. At a glance, it’s a 29” curved gaming monitor with 200Hz refresh rate at a resolution of 2560×1080 with support for HDR400. 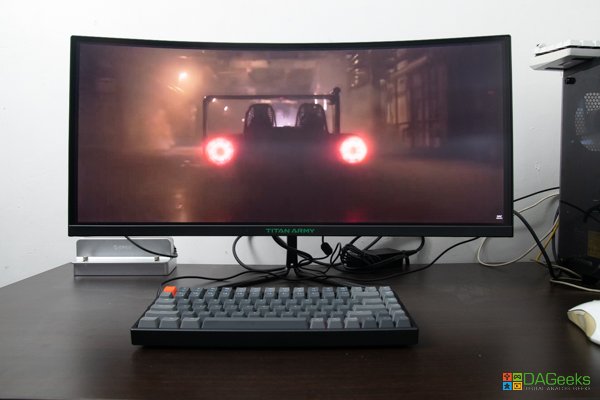 The C29SH has a 29” display with 1800R curvature, combined with thin bezels, it gives you full immersion of whatever game you’re playing. The stand might be its weakest part as it only tilts up and down and there is no height adjustment. The monitor is around 70cm wide so it should fit standard 120cm tables and the feet are about 20cm from back to front. 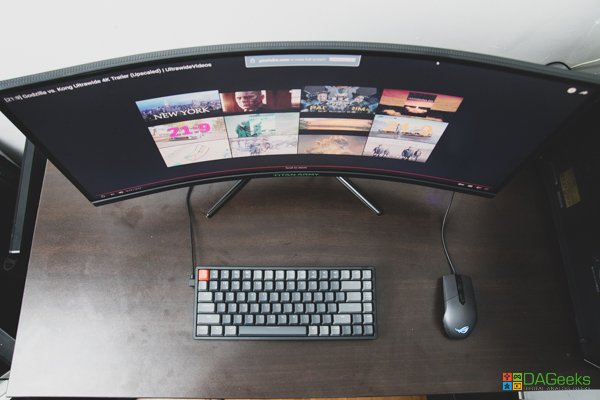 The connections available are 3x HDMI, 1x DisplayPort, power port and an audio out. I find the port placements under the monitor a bit hard to reach. And I have no idea about the version of HDMI/DP that this monitor supports. 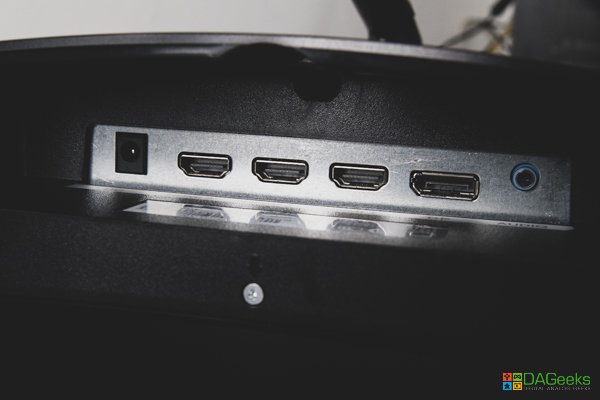 The buttons are also on the underside of the display and kind of hard to press. Just press a button and the corresponding function will appear on the monitor. 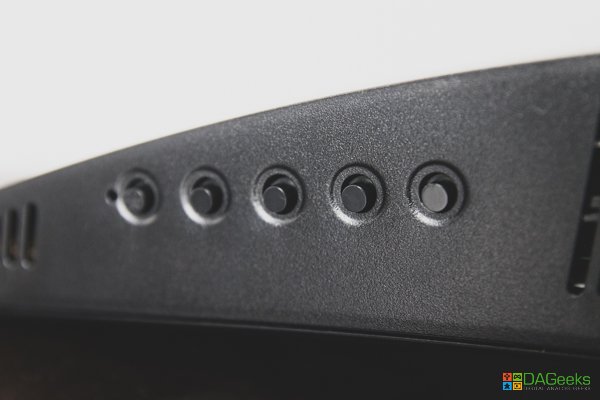 The stand is kind of the weakness of the Titan Army C29SH. It’s got a fixed height and pretty thin. There’s a VESA adapter when you buy it though, so just get a monitor arm for more maneuverability. Apologies as we weren’t able to get the VESA adapter from Laptop Sensei when they sent us the unit for review. 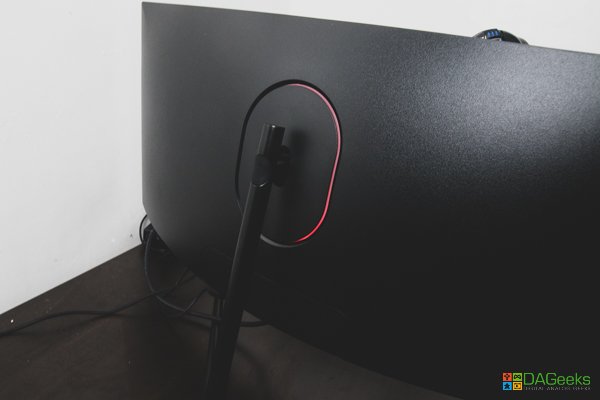 The very first thing I noticed when I set the Titan Army C29SH up was it’s way too low. And if you have no plans of buying a monitor arm, you might have to get a monitor riser just to get this to eye level. If you’re on a tight budget, stacking books will do. Once I got it to eye level though, the 1800R curvature and 29” size is perfect. I can see the peripheries clearly without having to move my head too much. 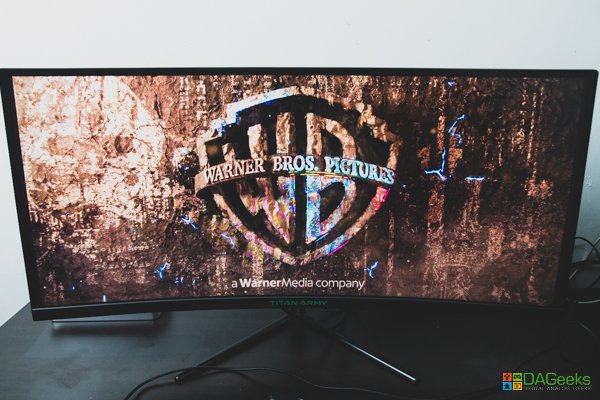 The Titan Army C29SH has a 2560×1080 resolution. It’s not quite 2 1080p monitors side by side. The experience is more like a 1080p monitor with extended sides. The extra pixels on both sides are a welcome treat though. It gives the C29SH a 21:9 aspect ratio, which is what most movies are shot at. I played a movie trailer with a 21:9 aspect ratio and as you can see, there are no black bars above and below the screen. 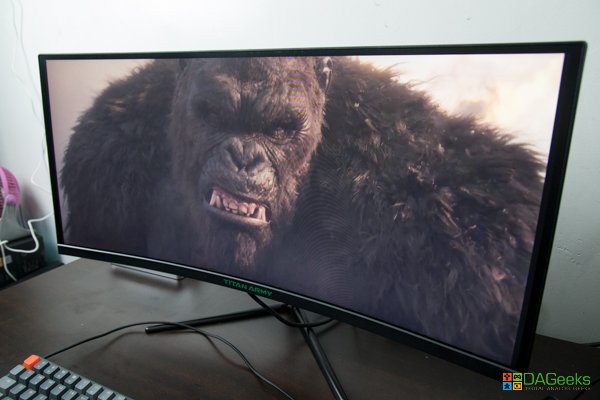 It’s just as immersive when gaming as there are plenty of games out there that supports 2560×1080 widescreen resolution. Racing and shooting games are a treat with the Titan Army C29SH, especially with the 200Hz refresh rate, fast-paced games are tear-free, given you can run 200+ FPS of said game. 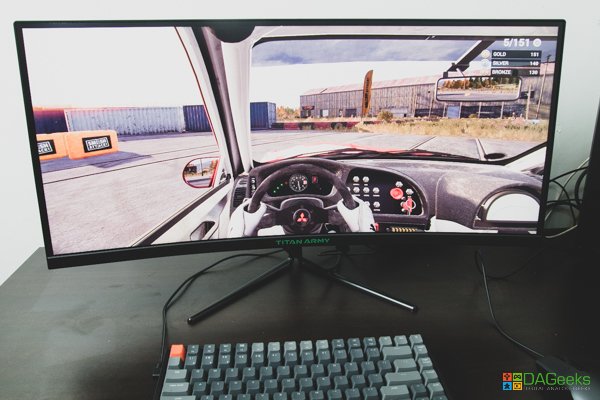 Upon further research, Titan Army uses VA panels for their monitors. VA panels are known for their exceptional contrast and viewing angles. That’s why you don’t see distorted colors even with the curved display. The downside is VA panels has long response times, but the faster refresh rates make up for it. 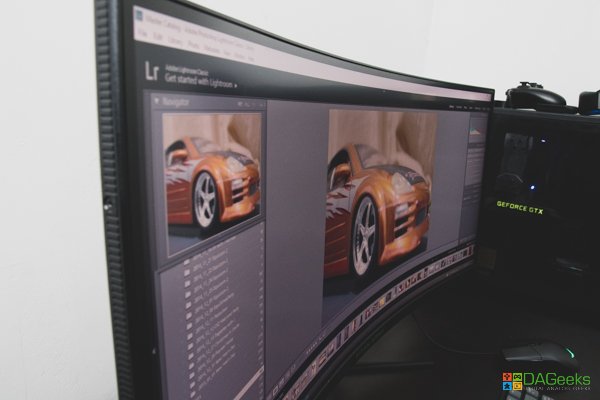 The Titan Army C29SH may not have accurate colors, unless you calibrate it with a tool like Spyder, but games look good on this monitor. The panel has 99% sRGB coverage, 82% Adobe and about 85% NTSC, making content consumption a delight. And if your machine is not powerful enough to pump 200 FPS+ on your favorite games, you can still enjoy tear-free gaming with Adaptive Sync, now compatible with both AMD and NVIDIA graphics cards. 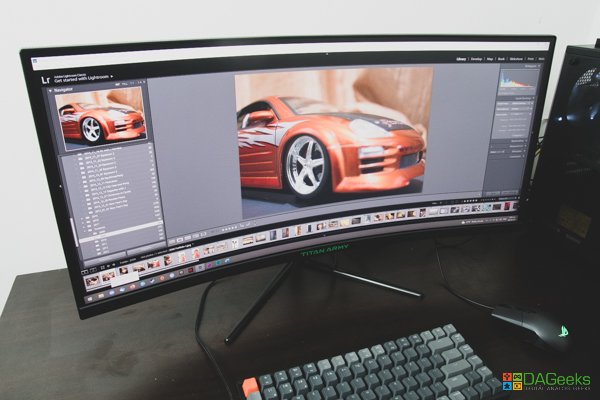 The Titan Army C29SH also has a PIP and PBP feature, which displays 2 inputs simultaneously. Let’s talk about the PIP first. Enabling PIP gives you a little window, set to whichever display input you set it to. You can place it on either of the 4 corners and adjust its size accordingly. These are all done on the monitor’s software and you can’t use your mouse and keyboard to set it up. This is very useful if you’re using 2 systems and you need to monitor one or the other. 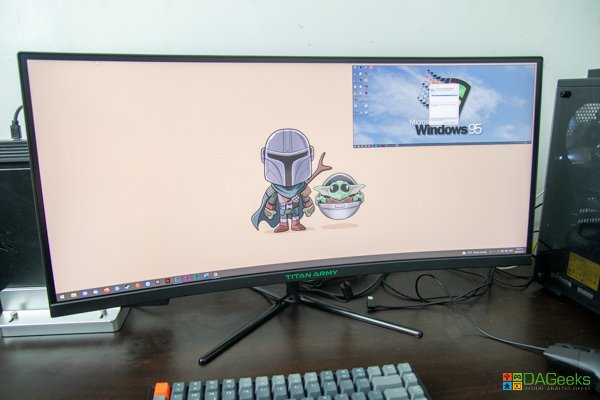 Next is the PBP display function. I’m not sure if there is a setting somewhere but for some reason, it reads both of the inputs at full resolution.  Why is this a problem? Well, you only have 1 monitor with a resolution of 2560×1080 processing 2 displays with 2560×1080 pixels. This results in the image below. 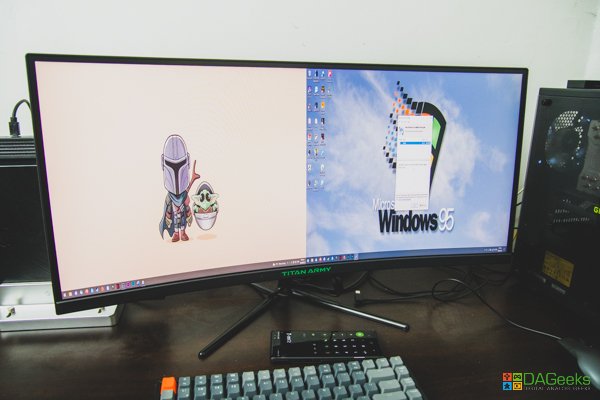 In order to fit everything in one screen, it squishes the display, so you get a distorted look. I tried setting the resolution of both machines to 1280×1080, which is supposed to be the resolution of half the screen of the Titan Army C29SH, and it still reads the input as 2560×1080 and doesn’t stretch the screen to its edges, it instead scales the screen to 1280×1080 INSIDE the 2560×1080 portion. I’ve tested another monitor with this feature but that monitor has a resolution of 3840×1080, which is basically 2 1080p monitors side by side, so scaling is no problem. Might update this article if anyone from Titan Army or any use are able to point out the problem as I’ve dived deep into the settings and couldn’t find a way to fix it.

If you’re on the market for a curved gaming monitor, you can check out the Titan Army C29SH. It’s got a 200Hz refresh rate on a pretty easily driven resolution at 2560×1080 and costs less than mainstream monitors out in the market today. The size is perfect for gaming and watching movies and the colors are good out of the box. 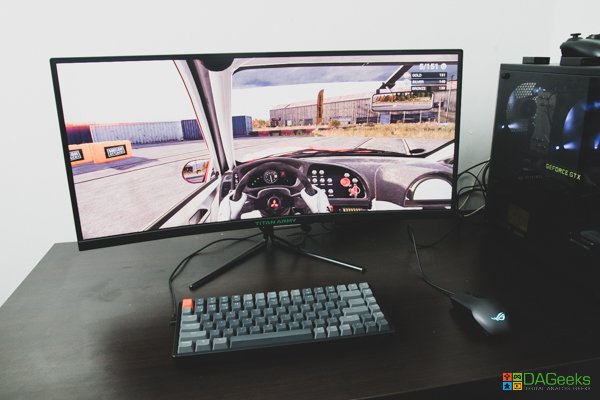 If you’re getting this, make sure to get a monitor arm as well as it has limited maneuverability and might be difficult to get at eye level. Good thing, Laptop Sensei will include the VESA mount when you purchase from them. For ₱15,000, this sure is a good buy with all of its bells and whistles. Check out Laptop Sensei’s official stores for the Titan Army C29SH.