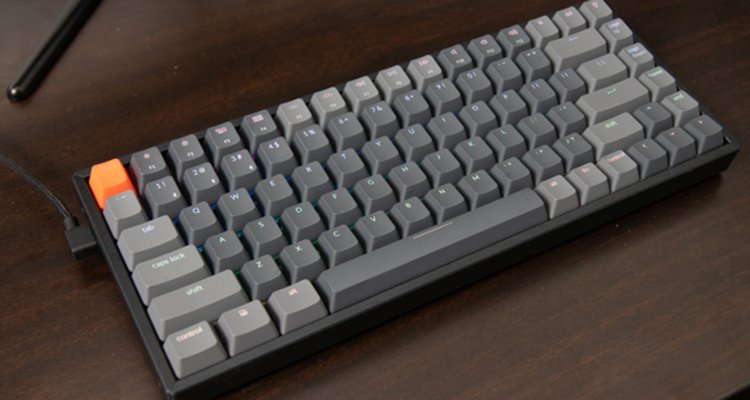 Keychron took the mechanical keyboard community by storm when it launched the K2 last 2019. It featured all the stuff you would only see on a pricey custom keyboard back then. And what made the K2 so popular is its price. You wouldn’t find anything remotely close to its price range with its features when it launched. Fast forward 2 years later, Keychron addressed some of the pain points the v1 had and improved them on the K2 v2.

Shortly after, Keychron introduced the hot-swappable version, further enhancing users’ customization options and making it truly a keyboard you can call yours. We take a look at the Keychron K2 (Hot-Swappable) provided to us by our friends at Laptop Sensei. 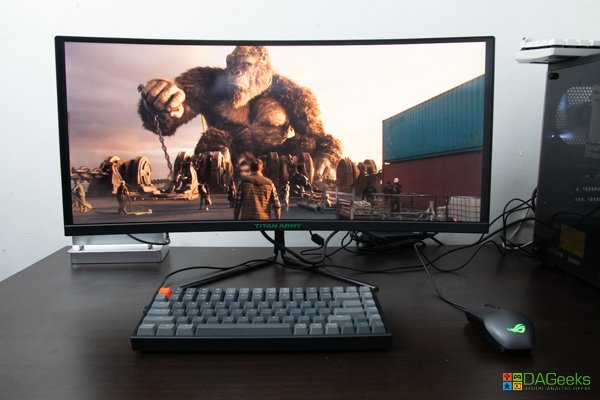 The Keychron K2 sports a 75% layout, which is basically a full keyboard with a chopped off numpad. Unlike a TKL, the K2 has a more compact layout smashing the keys together. It might take a while to get used to if you’re coming from a full keyboard. Be very wary of the Delete key which is on top of the Backspace key.

The F keys are parallel to the number keys, so that takes a while to get used to. On the right side, you have the navigation keys which is very convenient for working with documents. The arrow keys are also present, but I still find it hard to use with this layout. Along with the smaller right-side shift, ctrl and alt keys. 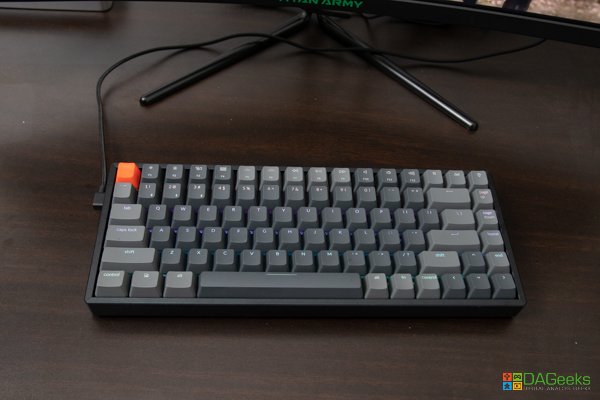 Unlike the first version of the K2, this newer version has a more ergonomic shape with the inclined bottom frame, a very welcome improvement from the wrist injury-inducing design of the V1. The frame is still thick and I suggest you get a wrist rest for this. For a more comfortable typing/gaming experience. Coincidentally, Keychron has the perfect wrist rest for sale for the K2. 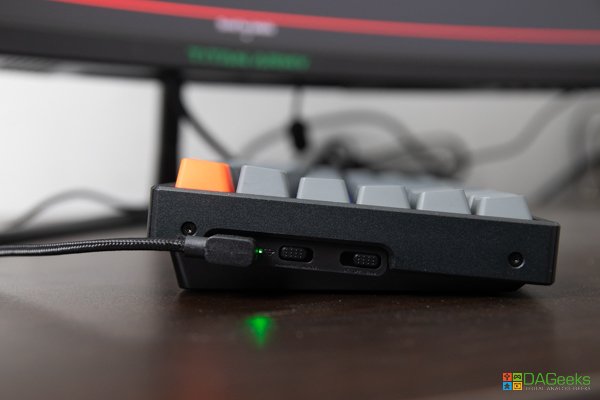 There are 2 elevated positions with the Keychron K2‘s feet. You can either use the smaller feet to angle it more towards you and the longer feet to incline it further. 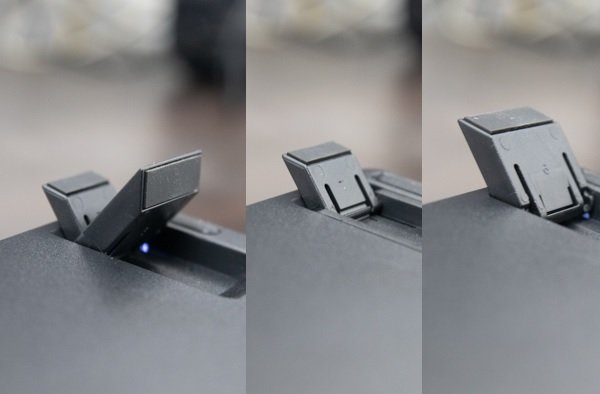 On the left side, you can find the controls and the USB-C slot. You have a toggle for wired/wireless mode and off. And if you need to switch between a Mac and a Windows PC, you can do it with just a toggle of a switch. 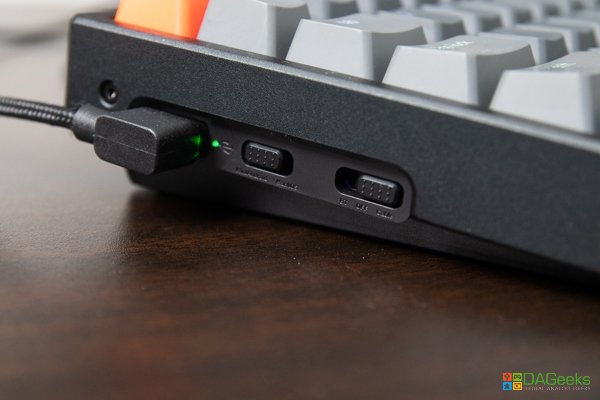 The majority of keycaps used are 1u with the exception of the ff keys: The left Ctrl, Alt/Command and Windows/Option keys are sized at 1.25u, the Tab and \| keys at 1.5u, the Caps Lock key and Right Shift at 1.75u, the Left Shift and Enter keys at 2.25u and the Space Bar at 6.25u.

It’s a pretty much standard layout and you can choose from hundreds of keycaps available on Shopee/Lazada and FB Marketplace. 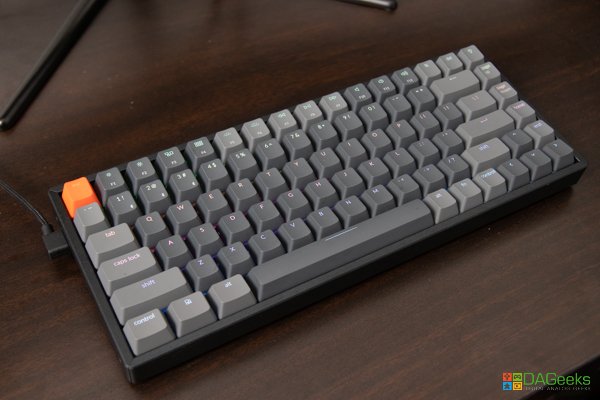 Included in the box are the K2 keyboard, 1x USB-A to USB Type-C cable, 1x Keycap Puller, 1x Switch puller, a couple of keycaps for Windows/Mac layout and the user manual. You can also download the user manual from Keychron’s official website. 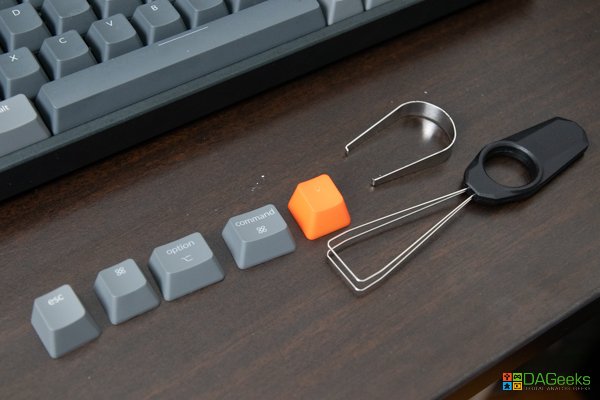 There’s also a plastic dust protector included in the box if you want to keep your keyboard squeaky clean when you’re not using it. 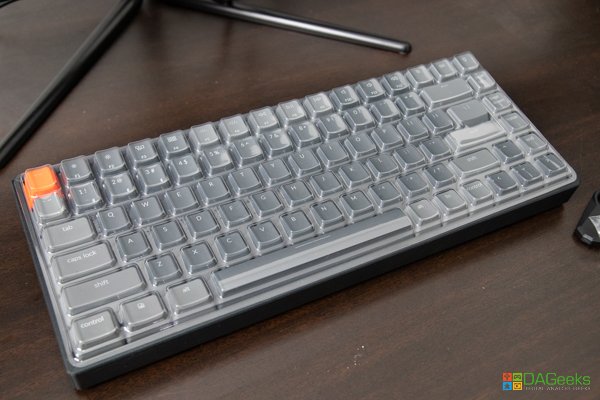 The K2 is available in Gateron Reds, Blues and Browns, but this version is compatible with a number of switches available in the market from Cherry MX switches to Kailh to obscure switches. Any 3-pin and 5-pin MX style switch will work on the K2.

According to Keychron, it’s best to use SMD-LED compatible switches so you can ensure compatibility with the backlighting. It’s fairly easy to replace the switches with the included Switch Puller. 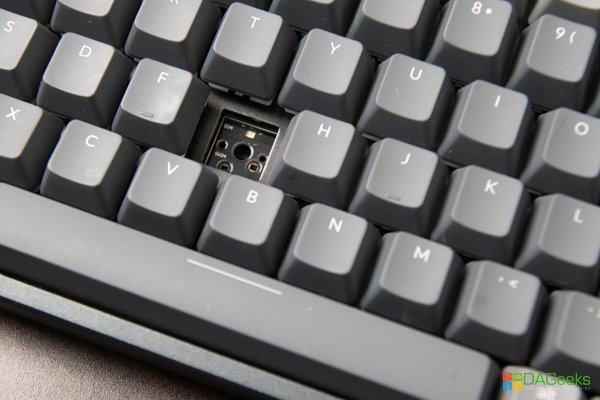 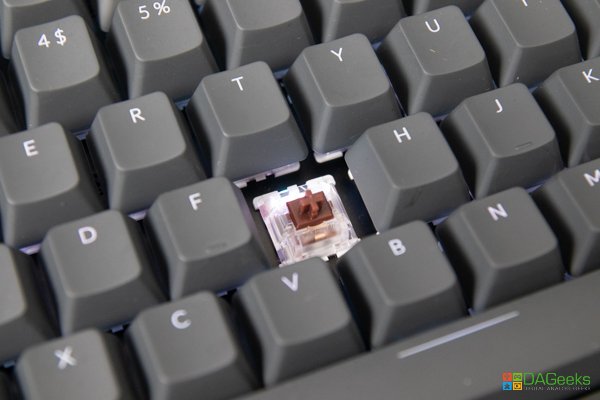 The unit we got is a Gateron Brown, which is a tactile switch that is good for typing. It has a pretty low actuation force at 55g, giving you enough feedback without having to press too hard. The Gateron Browns are fairly quiet despite being a tactile switch and the K2 pretty much muffles the sound with its aluminum case.

This variant is good for an office environment where a clicky blue switch might annoy the hell out of your co-worker. 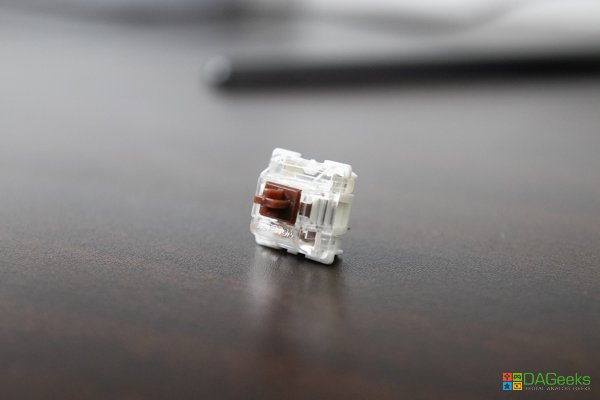 It’s fairly easy to operate and is suitable with a number of devices. You can pair it to an Android TV, an iPad, a Macbook and pretty much every device with its Bluetooth 5.1 connectivity. You can pair up to 3 devices in wireless mode and the numbers 1, 2, 3 on the keyboard lights up depending on which device you are currently paired to. Just press Fn+1 or 2 or 3 for 4 seconds and find the Keychron K2 on the device you’re pairing it with.

Alternatively, you can use it in wired mode with the supplied cable and have it charged while you’re on wired mode. The Keychron K2 includes a 4000mAh that can last up to 240 hours if the backlight is off and around to 80 hours when it’s on. I haven’t had to charge it during the duration of the review. You can change the lighting effect using the light effect key found above the Page Up key.

You can cycle through 18 lighting modes and change the color using Fn + arrow keys left and right. Unfortunately, Keychron doesn’t have a software where you can individually program the LED lighting on the K2, so you can only choose from the preset lighting effects. 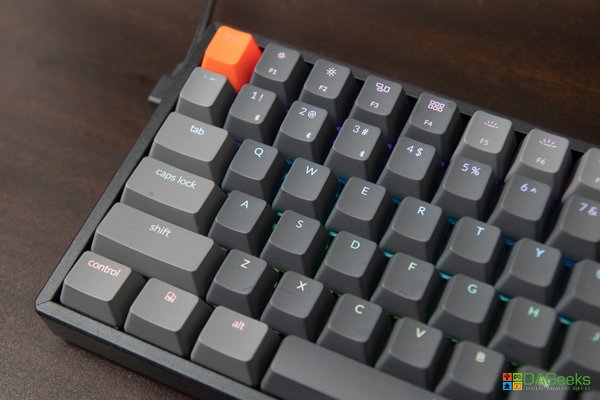 Like mentioned above, the Keychron doesn’t have an official software yet, so if you need to map custom keys, functions, macros, you’ll have to use SharpKeys if you’re on Windows and Karabiner if you’re on MacOS. 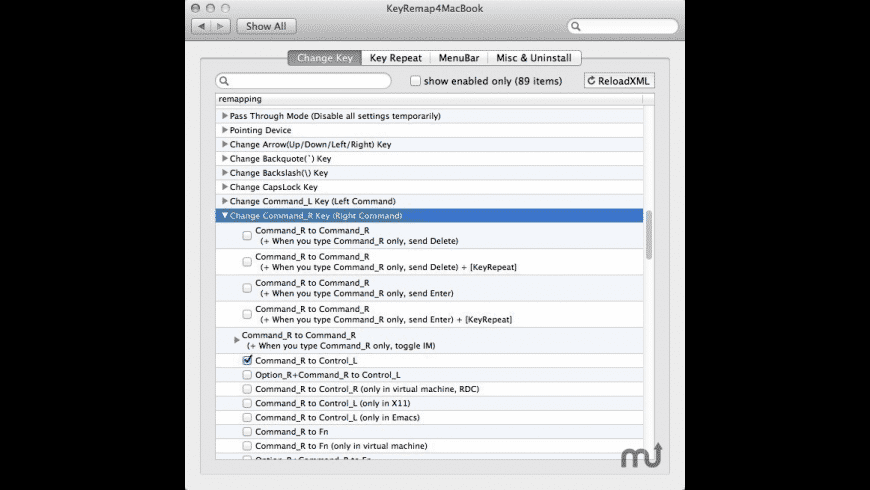 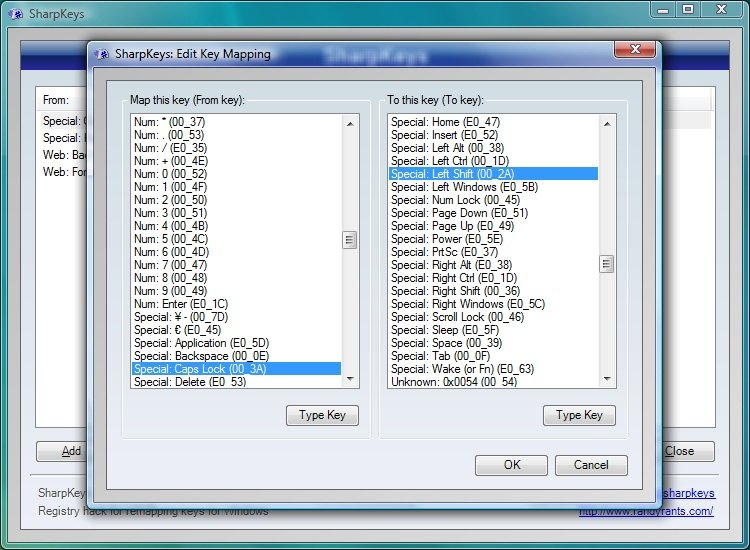 For half the price of a custom keyboard, you get hot-swappable keys, a 75% layout. Wired and wireless modes and Mac/Windows compatibility. Plus, I really love the aesthetic of the Keychron keycaps. It’s just so clean and easy to read and never gets old easily, aftermarket keycaps are expensive man. 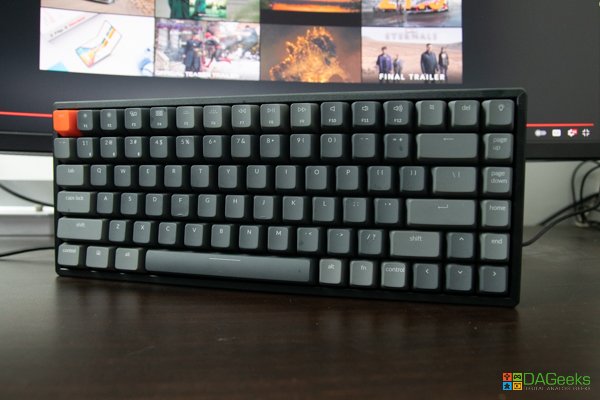 You can get the Keychron K2 for ₱5,700 at Laptop Sensei’s official stores.