Revenge is one hell of a motivator

After all the intensity of the last few issues, it’s expected for things to calm down a bit, especially since it’s the start of Book II and an arc called ‘Shadows & Secrets’. The issue starts in Tatooine, with Darth Vader gazing at the twin Suns of the planet. He and the team seem to be back in Luke’s home. Darth Vader wanted to investigate if there were traces of the boy’s essence, which Aphra just considered as ‘Force stuff’. Aphra then begins to say, “I guess it’s an irony. If the boy was here when the jackboot came down, the empire would still have a Death Star…but if the family wasn’t killed, maybe he’d never have left. Revenge is one hell of a motivator.” To which Darth Vader agrees with.

Vader begins to talk about the boy being able to fend himself against Boba Fett in the ruined house, but with little to no training. Vader, somewhat disappointed in Obi-Wan for losing the opportunity to train Luke in all those 20 years, leaves the home. The house is finally cleansed through a ‘molecular purge’ which seems to leave any trace of anyone being in the house gone. The two then leave as soon as they enter, and Vader tells Aphra that he has a new mission for her. 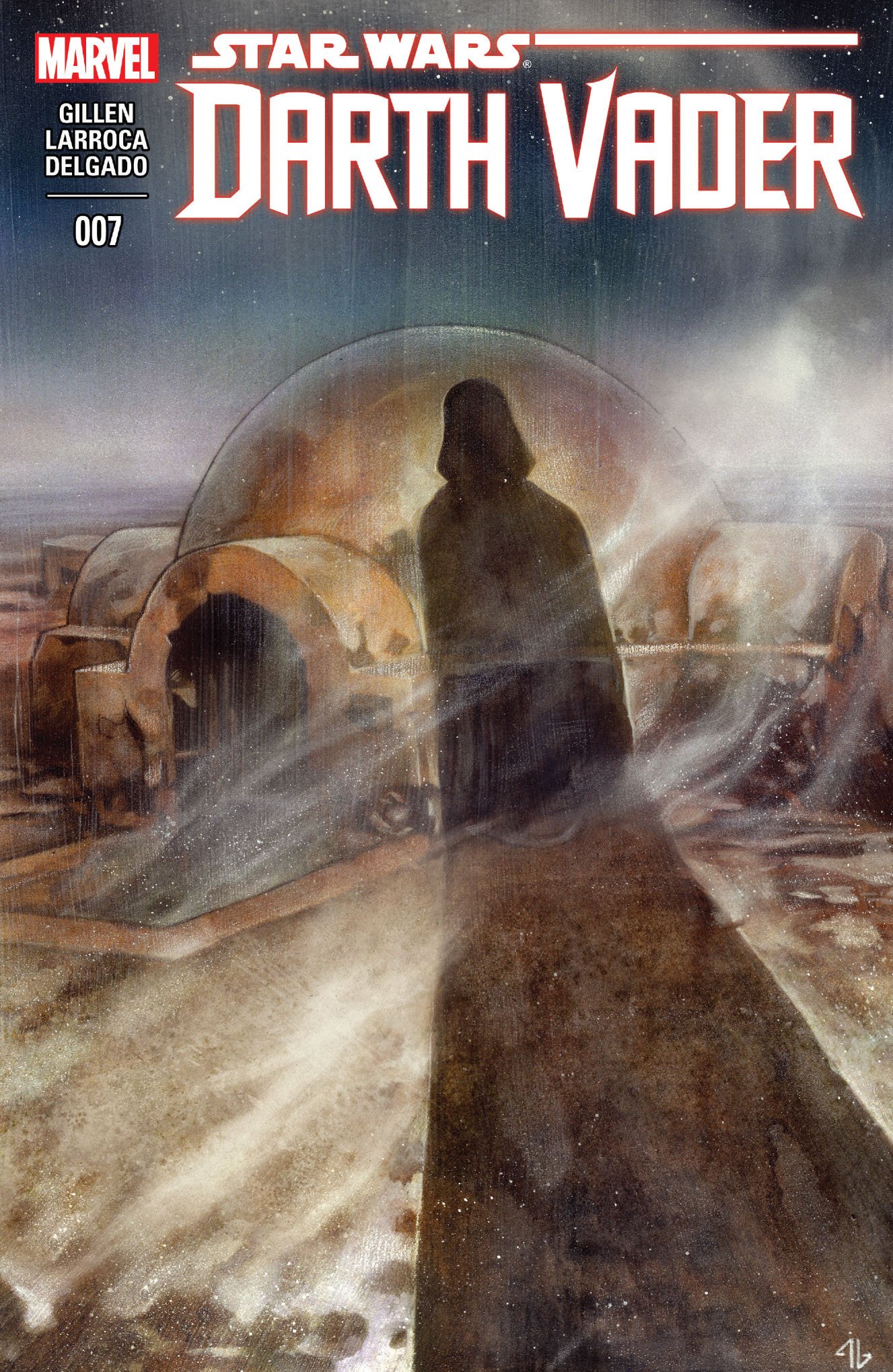 The scene quickly changes to the Son-tuul Pride, somewhere in the outer rim. We are met by some Rodian Ganglord, who was only in the beginning to kill a smuggler who had lost his cargo. The Rodian discovers that the smuggler was traced with an Imperial tracer. An explosion occurs on the wall, revealing Darth Vader and an army of Stormtroopers. However the Rodian is not without his tricks, as he opens a cage containing a large animal, which creates a distraction for the Rodian. As Vader gets caught up handling the animal, the ganglord lunges towards him, but Vader is not without his tricks either. He immediately uses the force to throw the Rodian into the mouth of the animal, killing him. When the area had been pacified, Vader commands the troopers to gather the contraband from the Rodian’s vault. Later on, Vader is found talking to one of Jabba’s people, thanking Vader for getting rid of competition. They discussed the rules and policies for the partnership of the Empire and Jabba, with Vader warning Jabba’s spokeswoman that they must not overstep their boundaries. The scene changes again to somewhere nearby in Son-tuul, where four bounty hunters are found together, discussing until Aphra appears and offers them a job about an imperial vault carrying contraband on the same planet they were in. She tells them she knew each and every detail about it, and says, “So, gentlemen & violent robots…who wants to be rich?”

A new chapter begins as new issues seem to arise. Aphra’s plan seems to brew many troubles for her, and maybe even for Vader. There aren’t much highlights to this issue, but it’s only worth nothing for Vader to visit Luke’s home, only wanting to leave it in haste. It’s like one of those relaxing episodes in a TV series, where you expect to just lay on the couch, happy that no stress will enter your mind as you watch it.