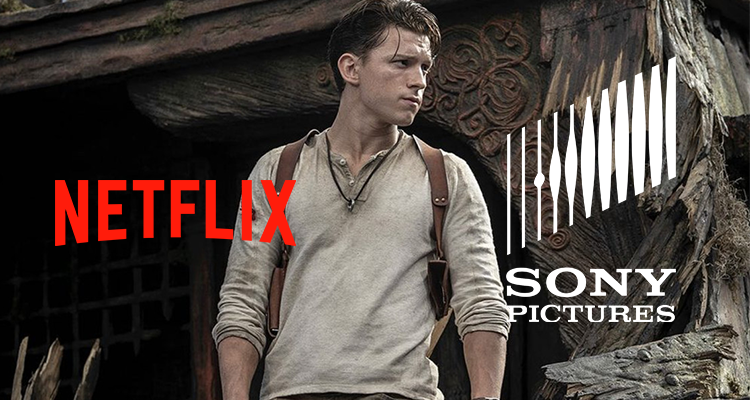 New Partnership with Sony Pictures and Netflix Bring Uncharted, Morbius and Other Movies to Service

Yes, you read that right, we can now expect the upcoming Uncharted movie (starring Tom Holland) and even Morbius to head to Netflix (Netflix U.S. at least) after they finish their theatrical run.

Sony Pictures Entertainment (SPE) announced through their website that they have inked a new deal with Netflix that gives the streaming service first pay window rights to SPE titles following their theatrical and home entertainment release windows. The deal starts with SPE‘s 2022 film releases which include movies such as Uncharted, Morbius, Where the Crawdads Sing, and Bullet Train. The deal also mentions that Netflix will also license rights to select titles from SPE’s movie library.

What other things does the Netflix x Sony Pictures deal bring?

The release also mentions that this deal would also cover Sony Pictures’ rejuvenated slate of IPs which includes the sequel to Spider-Man: Into the Spider-Verse and other SPE films featuring Marvel characters including future sequels of Venom, and Spider-Man. Expected follow-ups to Jumanji and even Bad Boys as part of this deal.

As part of the partnership, Sony Pictures’ Motion Picture Group will offer the streaming service a first look at any films it intends to make directly for streaming or decides later to license for streaming. While Netflix has committed to making a number of those films over the course of the deal. This means that we’re expected to get more Netflix x SPE films in the future that are crafted for the streaming service instead of just licensed movies.

Sony Pictures is a great partner and we are thrilled to expand our relationship through this forward-thinking agreement, this not only allows us to bring their impressive slate of beloved film franchises and new IP to Netflix in the U.S., but it also establishes a new source of first run films for Netflix movie lovers worldwide.

Things are going to be looking a lot less confusing at least in terms of where to see SPE movies from 2022 onwards. We don’t have to deal with a ‘Sony+’, streaming services like Disney to watch their produced movies. While we’ve already seen some of the mentioned movies in the Netflix roster like the new Jumanji films, getting assured that we can see tentpole movies will be streamed over the streaming service would have us not unsubscribe to Netflix just yet.

Netflix has been a terrific partner as we continue to expand our relationship, at Sony Pictures, we produce some of the biggest blockbusters and the most creative, original films in the industry. This exciting agreement further demonstrates the importance of that content to our distribution partners as they grow their audiences and deliver the very best in entertainment.

To add, there already has been a pre-existing deal with Sony Pictures Animation prior to this. This new deal just brings all SPE film labels and genres into the Netflix streaming service and not just the animated ones.

There is no word yet on how this new update would trickle down on us Philippine Subscribers. With licensing globally and locally a real mess than it is it’s at least safe to expect that there will be a diff. the window for movies here in the country.

Still, this is exciting news since with the current COVID-19 situation not hampering down any soon, our best bet to watch these movies is mostly going to be through legal streaming platforms like Netflix.

What do you think of this current deal? How would this affect your subscription to the service? we’d like to hear your thoughts on the comments below!