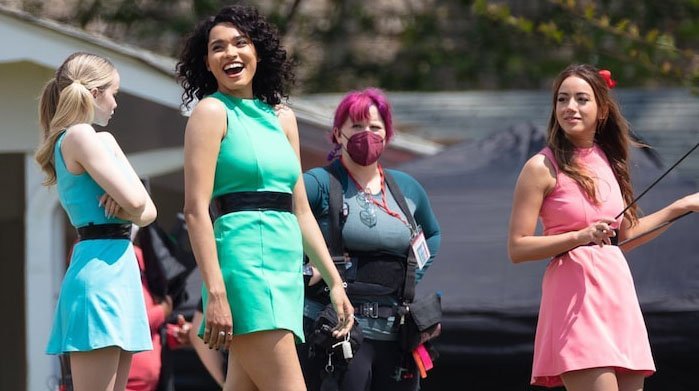 Remember when we reported about the upcoming Powerpuff Girls live-action from the CW last year? Well, they finally started filming.

She geotagged her post in the ‘City of Townsville‘, which is, in reality, Atlanta, Georgia. Her cast consists of Chloe Bennet, Dove Cameron, and Yana Perrault, who play the power trio Blossom, Bubbles, and Buttercup respectively. Other cast members include Donald Faison as Professor Utonium and Nicholas Podany as Mojo Jojo.

The original animated series, written by Craig McCracken, tells the exploits of three lab-produced little girls who save their city from the threats of evil constantly. McCracken also created Dexter’s Laboratory, and Foster’s Home for Imaginary Friends.

In fact, there are already clips of them being seen in costume courtesy of TMZ. What do you guys think so far? Do you think the CW would ruin yet, another kid’s franchise that we all fell in love with? Are you actually alright in seeing grown women wearing what’s supposed to be kid’s clothes? We’d like to hear your thoughts on the comment section below!