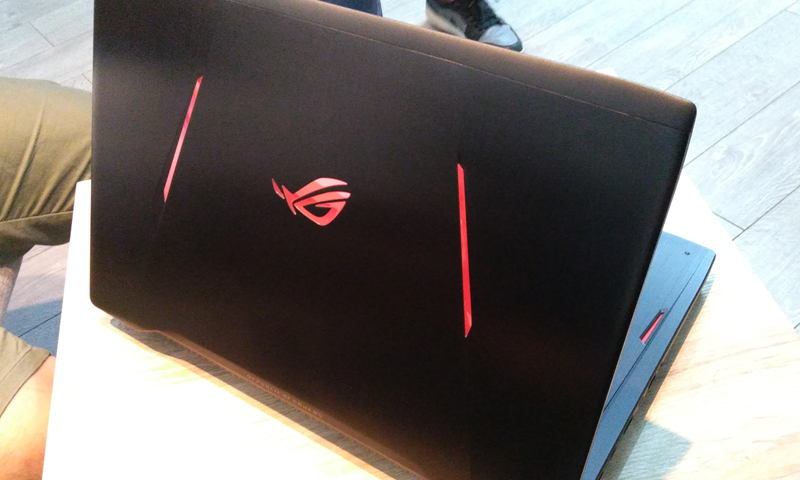 During an exclusive invite from ASUS the past week, me, along with other bloggers were given a glance of ASUS’ ROG‘s latest addition to it’s already robust laptop line with the AMD Ryzen powered Strix GL702ZC.

Powered by an AMD Ryzen 7 17000 processor, this is the first 8-core gaming laptop. Meanwhile, graphically, the Strix GL702ZC runs on a RX580 Graphics card which basically is on the same level as NVIDIA’s GTX 1080 series video cards.

Design wise, as you can see doesn’t move away from the Strix GL553VE design which doesn’t really says much in it’s look and feel. Thankfully, ASUS does away with the weird middle screw that the GL553VE had so at least removing the case isn’t as tedious as the VE had.

Here’s a rundown of what’s inside the preview unit we were able to test out:

We were told that spec-wise there will be variations for the retail release of the laptop but the processor and the video cards will be the same.

Overall, the GL702ZC feels pretty solid and a good introduction of the Ryzen laptops into the market. With a few variations from the retail version it’s going to be interesting on how this laptop release would affect the current domination of Intel in the gaming laptop scene.