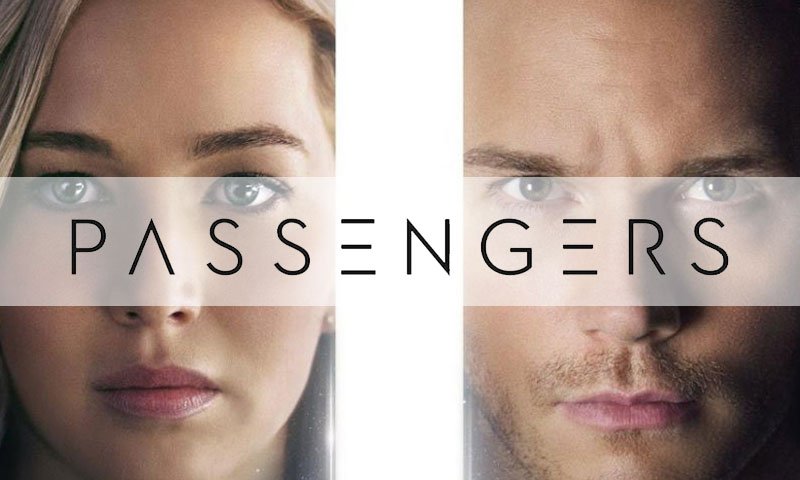 Without being able to see the trailers for the movie, I had thought Passengers was going to simply be a science-fiction love story in space. While interested in how that would come out, I was pleasantly surprised to watch a movie that had quite a bit more depth and sobriety to my initial expectation.

The movie explores the concept of “a man on a deserted island”, which actually appears in a scene between Jim (Chris Pratt) and the android bartender Arthur (Michael Sheen). Jim is the victim of a malfunction that awakens him from stasis 90 years too early from his destination. His struggle and the choices he makes are central to the story, as he tries to come to grips with his situation.

The thoughts that bounced around in my head as I watched him go through things ranged from, “I wouldn’t do that at all” to “Oh, I’d probably do that.” It was also interesting observing others react to the various characters on screen, particularly when Arthur has a particular conversation with Aurora (Jennifer Lawrence), while totally disagreeing with their sentiments. It was almost like people forgot that Arthur was an android without real sense beyond his programming. 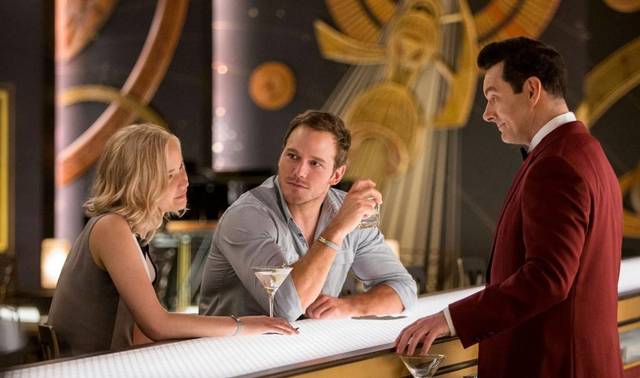 I was really able to enjoy the acting that Chris Pratt and Jennifer Lawrence put together though. The emotion and frustration (lots of this!) on screen was pretty believable. Having them as the focus – when I’m used to films involving dozens of other characters, was a bit of a change of pace. With Michael Sheen as a contrast, there was a lot of thoughtful moments to be had.

Of course, the appearance of Deck Officer Gus (Laurence Fishburne) was enjoyable as well. Despite the limited screen time he had, he provides a lot of critical stimuli for the story. Plus, a line reveals a bit of the underlying character of Gus, which makes me sorry he wasn’t around longer.

Aesthetics in the movie were very clean and futuristic as could be expected. Bonus points for respecting a particular point of science – gravity. I liked how they utilized it to create quite a few scenes which showed the gravity (yes, yes) of their situation and how the characters interacted with it.

While I felt that the ending had a few holes which could have been worked out, I found the somewhat bittersweet way they closed the story to be acceptable. It was an entertaining, somewhat thought provoking movie that can without too much difficulty spark a discussion about life and the choices we make to survive and cope with things.